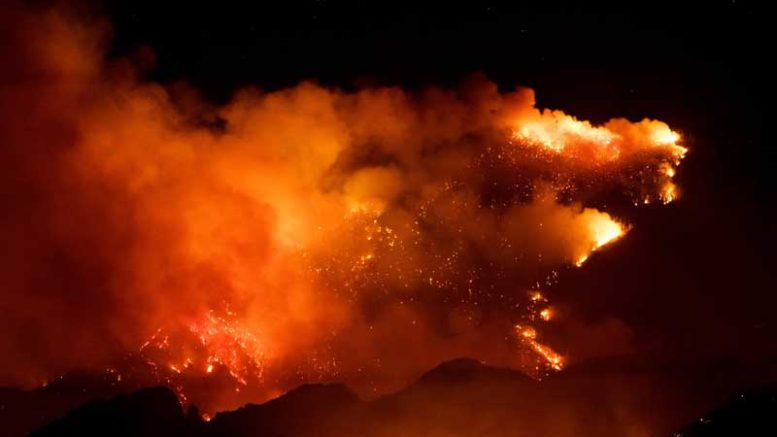 Contributed Photo/Courtesy Katie Cluff: The 48,435-acre Frye Fire tops our list for most impactful stories of 2017.

The most read and most impactful stories of 2017

GILA VALLEY – This year had numerous impactful stories, most of which were brought to public’s attention by Gila Valley Central. With roughly 2.5 million page views this year, there are plenty of stories that we could reminisce, but here are a few that were the most viewed and/or most impactful in the community.

No single event had more of an impact on the Gila Valley than the Frye Fire. 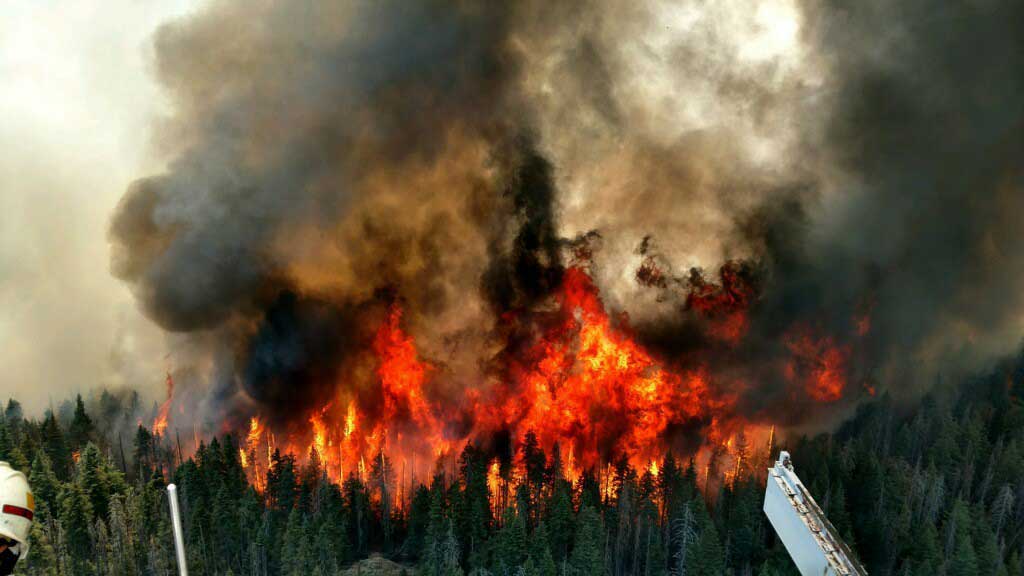 Gila Valley Central (GVC) was the first to report on the lightning-caused Frye Fire on June 7, putting up an article with a  picture of the then small fire mere hours after ignition. We followed its progress intently as the only news organization to publish daily updates throughout, advising the public on a day-to-day basis as the fire-ravaged Mount Graham and headed toward structures, including the Mt. Graham International Observatory and cabins on separate sides of the mountain. 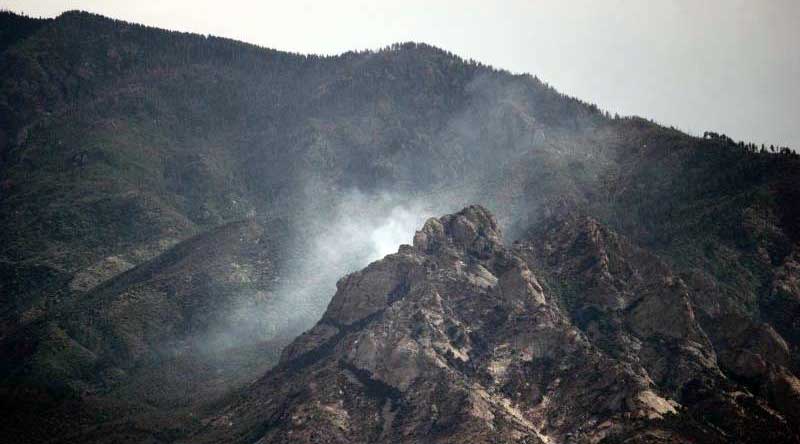 Eric Burk File Photo/Gila Valley Central: Smoke rises from the Frye Fire, caused by lightning from an afternoon thunderstorm. This photo was taken shortly after the storm was over, on Wednesday, June 7.

Due to the courage of the firefighters, only a few structures were damaged or lost in the 48,443-acre fire. Those that escaped damage included the cabins at Turkey Flat and Angle Orchard, while the MGIO and Columbine Cabins only had minor damage.

Contributed Photo/ Courtesy LBTO (K. Newton): An air tanker makes a fire retardant slurry drop next to the MGIO to help stop the fire and save the observatory June 18. Roughly 400,000 pounds of retardant was used on the mountain.

After the fire was out the flooding danger began and GVC continued to cover the efforts to mitigate that danger and recovery plans as well as damage that occurred in flooding that came.

The single most-read article on our website this year was the shooting death of Jared Michael Garcia, 35, by Salih Abdul-Haqq Zaid, 40, on Wednesday, April 26. 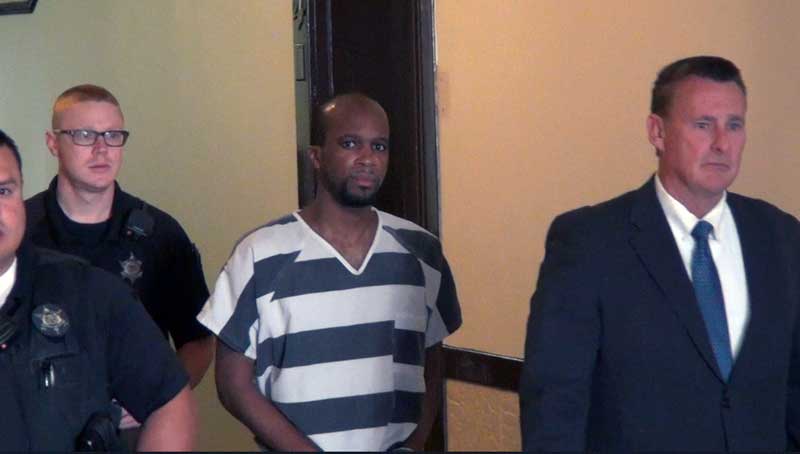 Jon Johnson File Photo/Gila Valley Central: Salih Abdul-Haqq Zaid, center, is led to his preliminary hearing flanked by jail detention officers to on the left and his attorney, Dennis McCarthy, to the right. Zaid is accused of fatally shooting Jared Michael Garcia. The case was bound over to Graham County Superior Court.

GVC again first brought this story to light and was the only news organization to attend the preliminary hearing in which the case against Zaid and his defense was presented to a judge. The defendant is claiming self-defense against the larger man Garcia, even though Zaid left the bar and retrieved at least one firearm from his residence before returning to the bar and shooting Garcia, according to police.

The case is still active, and Zaid’s trial is scheduled to begin in March. GVC will follow up on the case to its conclusion.

The Gila Valley saw its share of tragedy in 2017, but perhaps none was harder to witness than the rash of suicides – especially among the youth – that hit the area.

GVC took some heat for reporting on the subject, but through the reporting action took place and groups spouted up to help those in need, and officials at schools and police agencies stepped up to help battle the problem.

The cyberbullying case at Safford High School was another one of our most-read articles as parents and students alike were shocked at death threats made via the Snapchat application. 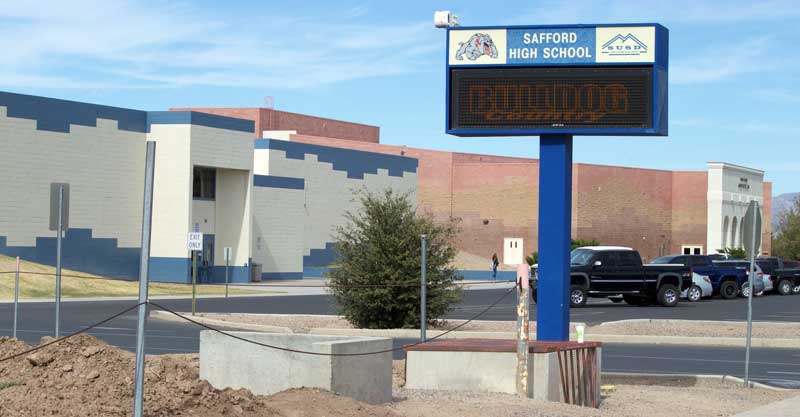 Jon Johnson File Photo/Gila Valley Central: The victim in the cyberbullying case was arrested and booked into the Eastern Arizona Juvenile Detention Facility after admitting posting the Snapchat posts herself.

While concerned parents called for the suspect’s head to roll, the Safford Police did its due diligence and learned that the victim had been sending the messages to herself after having hacked the suspect’s account.

The community learned a lesson about rushing to judgment, as the suspect soon became a victim of cyberbullying herself even though she was found to be completely innocent.

Safford Police Chief Joe Brugman publicly praised GVC for how it handled the entire situation and for letting the investigation come to fruition. Once again, it was GVC that broke this story for the public.

A combined effort from the Greenlee Sheriff’s Office and the national watchdog organization National Center For Missing & Exploited Children led to the Feb. 8 arrest of then 20-year-old Maxwell Lockhart for possession of child pornography. 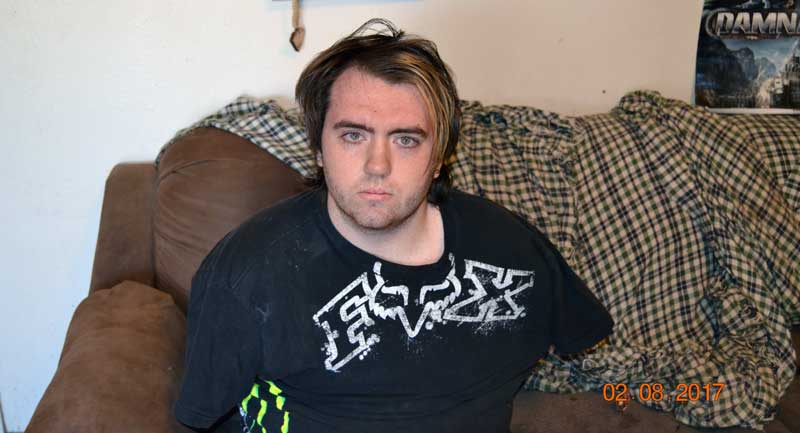 Lockhart was sentenced to the minimum of 10 years in prison on a single charge of sexual exploitation of a  minor. He said he fell down a slippery slope while watching regular pornography and blamed his mistake partially on being self-medicated with an over-the-counter sleep aid.

An inmate escapes from a state prison, but if the prison never tells anyone did it really happen? 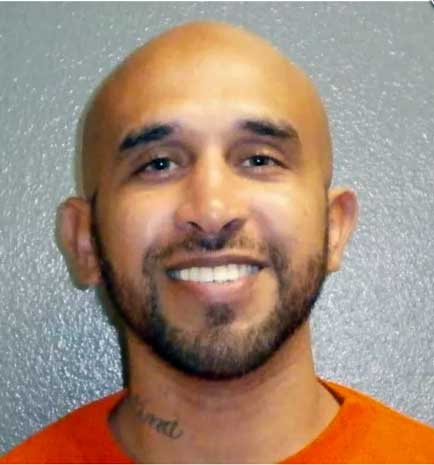 That was the case regarding the escape of Juan C. Nunley from the Graham Unit of Arizona State Prison Complex-Safford on Wednesday, Dec. 6.

Not only did the prison fail to inform local news agencies, GVC was the one that actually notified the local authorities regarding the case. Yes, you read that correctly. The Graham County Sheriff’s Office and Safford and Thatcher Police departments learned about the escape from GVC.

After waiting on state prison representatives to respond for hours, we decided to publish the information we had to inform the public. Nearly three hours after that, the Arizona Department of Corrections finally put out a news release about the escape, after being pressured by Phoenix news stations referencing our initial report.

While being housed in a minimum security prison, Nunley is a known Tucson gang member with multiple weapons convictions as well as escape, burglary, and trafficking in stolen property.

Nunley was captured by a DOC chase team Dec. 7 with the assistance of local law enforcement. He was found hiding in an irrigation pipe in Thatcher near First Avenue and Church Street around 4 p.m. 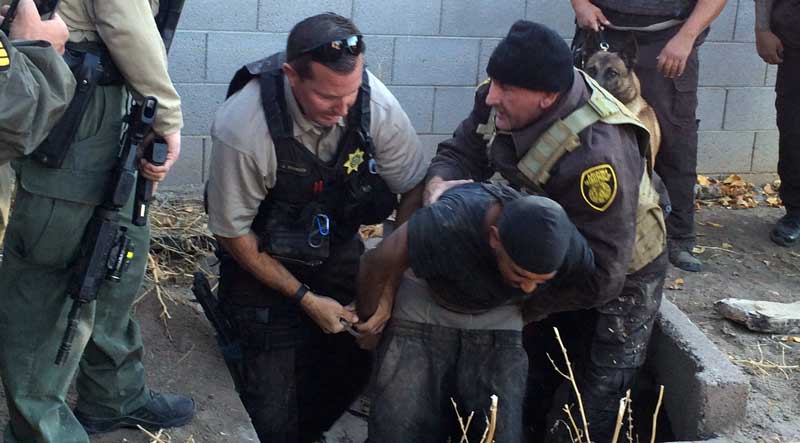 Contributed Photo: Authorities pull escaped ASPC-Safford inmate Juan C. Nunley from his hiding spot in an irrigation pipe in the area of First Avenue and Church Street in Thatcher.

According to GVC’s investigation, Nunley narrowly missed a ride back to Tucson who supposedly was on the way to pick him up after Nunley had borrowed a cell phone and took advantage of the hospitality of a couple who didn’t realize he was an escaped inmate.

It’s been quite a year for the Gila Valley and GVC, and we are thankful for all our readers for helping us to become their trusted news source and for making us the most-read news organization in the Gila Valley. We look forward to continuing to report the news in a timely manner and allow free access to all of our articles, videos, and pictures. Once again, thanks for reading, help us continue by using the services of our sponsors if you need and remember to let them know you saw it on GVC, and keep on reading what matters in 2018.

We will publish a list of our top feel-good articles of 2017 in part two.