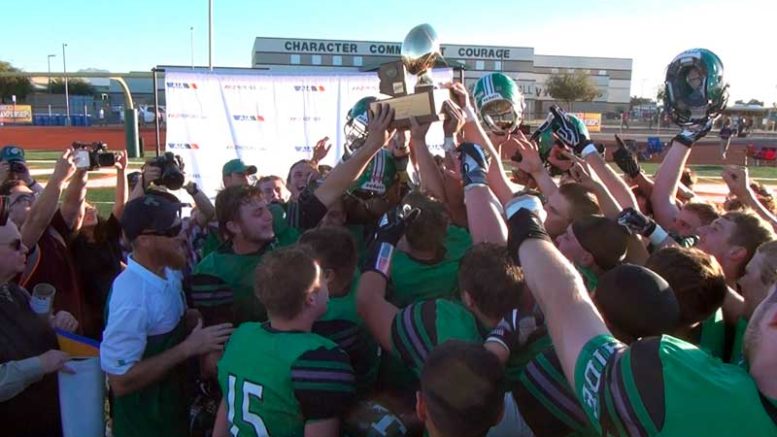 Our favorite sports stories of 2017

GILA VALLEY – In our third and final part of our year in review, we bid 2017 goodbye with a look at some of our favorite sports stories from the year.

Thatcher repeats as 2A State Champions in football 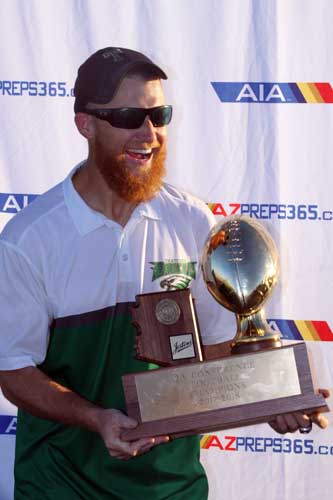 Jon Johnson Photo/Gila Valley Central: Thatcher head coach Sean Hinton is all smiles with the trophy after the game.

Starting off our list is the Thatcher Eagles overcoming odds and repeating as the 2A State Champions in football for the first time since coach Sean Hinton accomplished the feat as a player.

The Eagles had a great regular season and cruised through the early rounds of the playoffs before dismantling a favored Phoenix Christian team in the semifinals.

The championship game was a rematch of the previous year’s exciting semifinal matchup against Santa Cruz Valley, in which Thatcher forced overtime after a goal-line stand and escaped with a victory, 27-26.

This time, the game also went into overtime after the Eagles came back from a game-long deficit to tie the game just before the end of regulation.

Both teams managed to score touchdowns in the overtime period, but Thatcher’s extra-point was true while Santa Cruz’s sailed wide and the Eagles prevailed 28-27.

Frank Ogas Jr. had been an Arizona State University Sun Devil player ever since leaving Morenci in the Class of 2013.

He fought off injuries and other obstacles to earn All-Arizona honors last year. He entered Tempe on a four-year academic scholarship and earned a full-ride athletic scholarship this year, his fifth. The redshirt senior was on the scout team for two years before becoming a backup tight end this season. 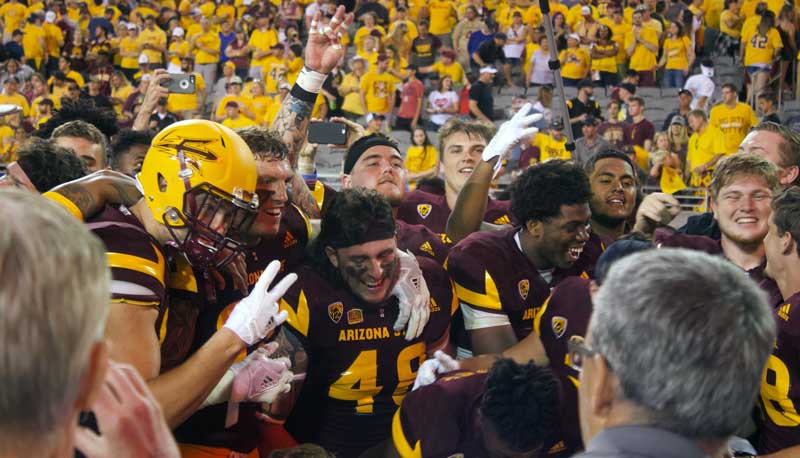 Jon Johnson Photo/Gila Valley Central: Frank Ogas Jr. (48) celebrates with teammates after beating the University of Arizona in the Territorial Cup. Ogas will suit up for his last collegiate football game this Friday in the Hyundai Sun Bowl.

Ogas has also maintained a 3.0-grade-point-average while in school and was recognized as the male student-athlete with the highest GPA for October 2017.

Ogas completed his educational studies bachelor’s degree in May 2016 and is on track to complete emergency management or homeland security master’s degree requirements in May 2018.

With one local product ending his career with ASU, another will just be beginning.

Ralph Frias III, the superb lineman from Safford, signed his official letter of intent to play football for ASU and became a Sun Devil. 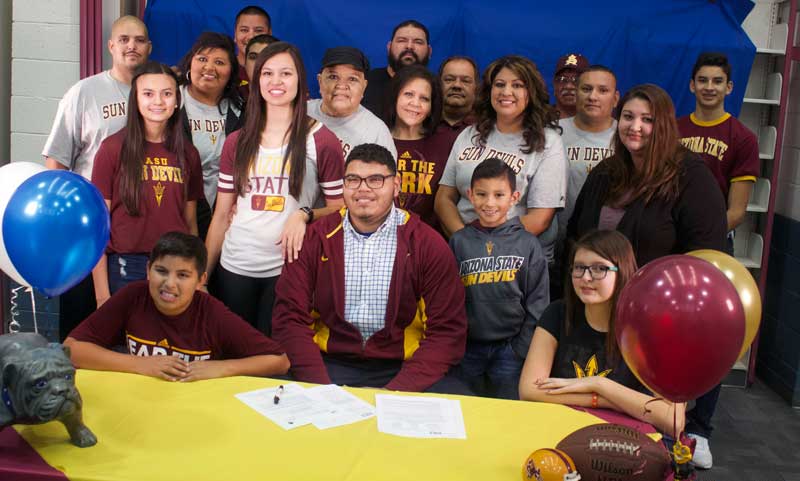 Frias, 6’6” and 330 pounds, looks to become a productive contributor for ASU on the line.

The coaching change to Herm Edwards didn’t matter to Frias, who has wanted to become a Sun Devil ever since first attending football camps there as an eighth-grader.

ASU’s new coach has welcomed him warmly, and his mother is excited about this next chapter in his life.

After a lackluster last year and a few early losses this year, not many would have predicted Safford to slay the basketball juggernaut Pima at the EAC Holiday Boys Basketball Tournament, but that’s just what they did. 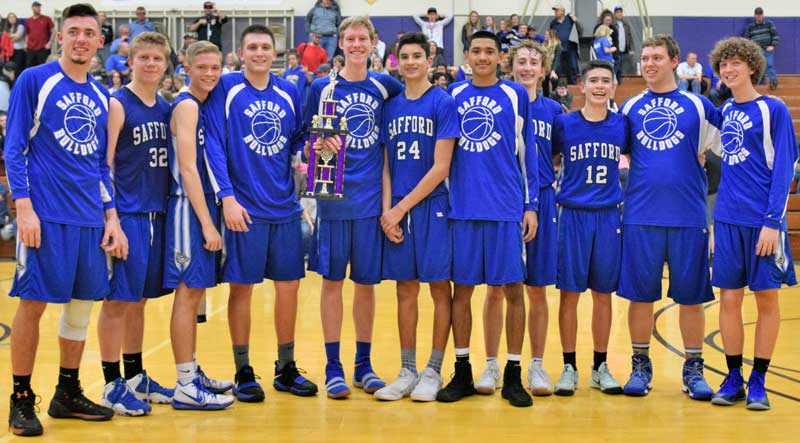 Pima is enjoying yet another year of tearing through the competition, but at a full Guitteau Gymnasium on Dec. 20, the No. 3 Safford Bulldogs knocked the No. 1 Pima Roughriders off, 58-50, by using a suffocating defense and press-breaking offense.

We’ve enjoyed covering local sports in 2017 and look forward to bringing you the best coverage available in 2018 as well.

Year in review part one