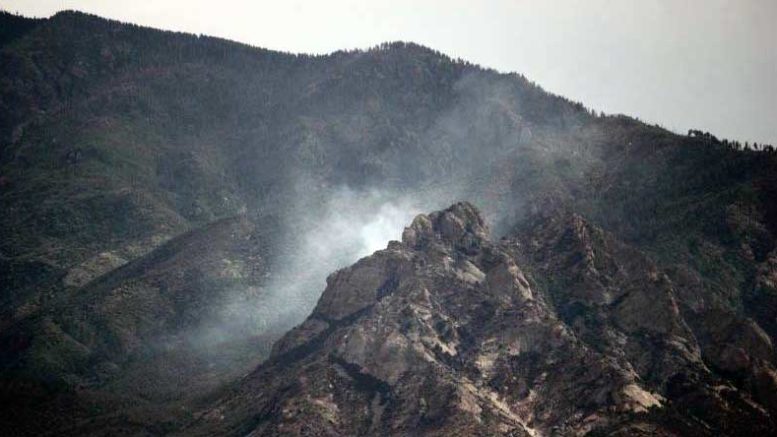 Eric Burk File Photo/Gila Valley Central: Smoke rises from the Frye Fire, caused by lightning from an afternoon thunderstorm. This photo was taken shortly after the storm was over, on Wednesday, June 7.

MOUNT GRAHAM – A thunderstorm apparently sparked a fire on Mount Graham in the canyon above Frye Mesa on Wednesday around 2:45 p.m. 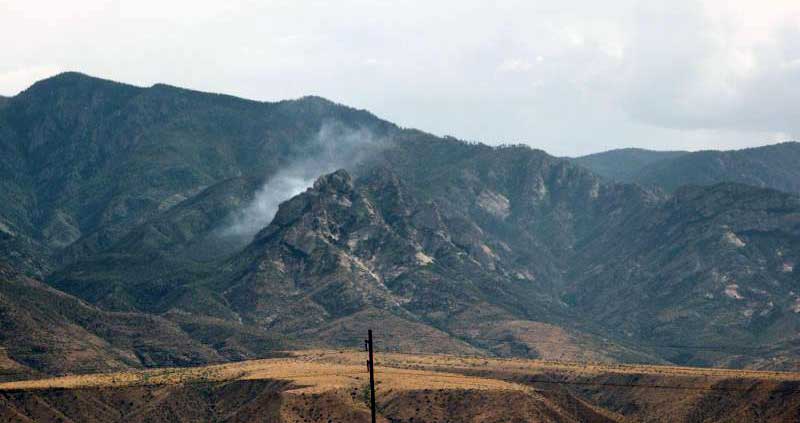 Eric Burk Photo/Gila Valley Central: The Frye Fire spreads above Frye Mesa on Mount Graham. The fire is believed to be caused by an afternoon thunderstorm. This photo was taken shortly after the storm was over, on Wednesday, June 7.

Tracy Weber, acting district ranger, is calling it the Frye Fire and, as of 4:11 p.m., said he was sending a team to visually assess the situation. Weber is responsible for the Safford District of the Coronado National Forest.

The fire appears to be in the old Nuttall-Complex burn scar from 2004. The thunderstorm comes eight days before the official start of Arizona’s monsoon season on June 15.