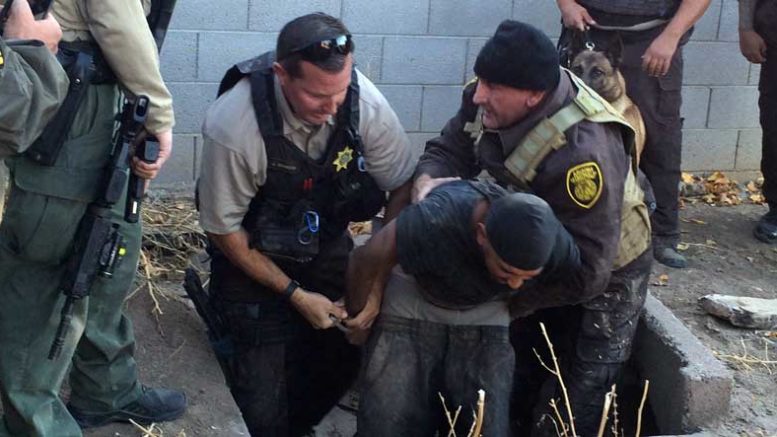 Contributed Photo: Authorities pull escaped ASPC-Safford inmate Juan C. Nunley from his hiding spot in an irrigation pipe in the area of First Avenue and Church Street in Thatcher.

THATCHER – As in most cases, the taste of freedom wasn’t long in the mouth for escaped Arizona State Prison Complex-Safford inmate Juan C. Nunley. 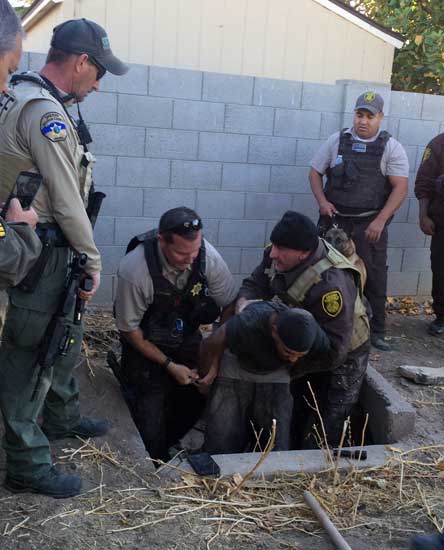 Nunley was located hiding in an irrigation pipe in Thatcher near First Avenue and Church Street around 4 p.m., Thursday. Arizona Department of Corrections chase team officers were assisted by Thatcher and Safford Police as well as deputies with the Graham County Sheriff’s Office.

He had been missing since 11 a.m., Wednesday after he apparently walked off from his position on a supervised work crew near the prison’s sewage pond. Gila Valley Central was the first to report the missing inmate at about 8 p.m.

The DOC search teams had been scouring Thatcher all day after a K-9 crew picked up on Nunley’s scent and discarded clothes were located. 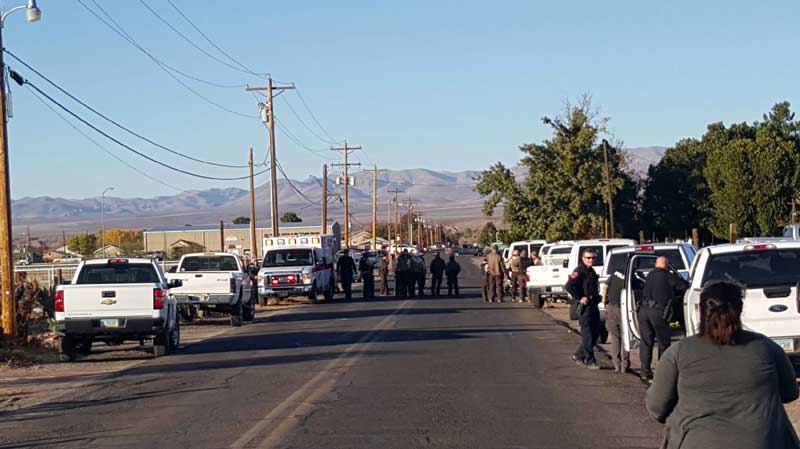