Contributed Photo: Teens in Safford were caught with pot as the legalization question looms.

SAFFORD – Three Safford teenagers were given citations and a juvenile referral for possession of marijuana and drug paraphernalia Oct. 22 after a 16-year-old juvenile’s mother informed an officer that her son was riding around in a truck with people who were “under the influence of something.”

A Safford officer responded to the area of Central Avenue and 12th Street and spoke with the concerned parent. After receiving a description of the truck, the officer began to search the area and soon came upon a truck matching the description westbound on 11th Street.

The officer initiated his overhead lights to indicate a traffic stop, but the truck continued slowly westbound for two more blocks. The officer then turned on his siren and the truck stopped in front of the Safford Middle School.

The driver, Enrique Alva, 18, informed the officer that he did not have a driver’s license. He was given a citation for driving without a valid license and the truck he was driving was taken for a 30-day impound. The officer noted while he could smell weed in the car, Alva did not have any signs of impairment. 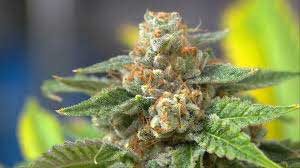 The last passenger, the 16-year-old male juvenile, appeared to be under the influence of marijuana but did not have any drugs or drug paraphernalia on him. He was released from the scene to his mother.

The other juvenile’s grandmother was notified and the three teenagers were released to her.

The police interaction of the teenagers caught with pot is not in of itself particularly out of the ordinary, but with Proposition 205 to regulate marijuana like alcohol on Arizona’s ballot this election it might be interesting to note.

In the past four years, cannabis has been legalized for recreational use in Colorado, Oregon, Washington, Alaska and Washington D.C. This election season, voters in five more states, Arizona, California, Nevada, Maine and Massachusetts, will have legalization on the ballot. 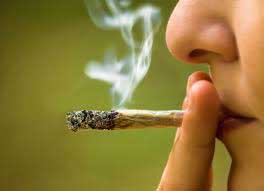 One of the anti-marijuana group’s argument against legalizing recreational use of marijuana for adults is that teen use would then likely increase. However, a study by Healthy Kids Colorado, which collects anonymous, self-reported health information from middle and high school students across the state, found that teen marijuana use in Colorado actually decreased from 24.8 percent in its 2009 survey before the legalization of recreational marijuana in Colorado to 21.2 percent in its 2015 survey after recreational legalization. Colorado did have medical marijuana in 2009.

Even more notable is that other like studies put the national number of teen marijuana use at 21.7 percent, slightly higher than in Colorado where it is legal for adults to possess and use.

However, The Substance Abuse and Mental Health Services Administration’s National Survey on Drug Use and Health ranked Colorado’s teen marijuana use as the highest in the country. A distinction the state has had for the last five years, dating back prior to recreational legalization.

There are many more issues to consider when evaluating Proposition 205, but hopefully the statistics from Colorado show the teen use argument is basically a moot point as use has apparently flatlined or even dipped in the state after regulation.

Currently, the proposition is mirroring Arizona’s previous vote of its medical marijuana program with a recent Walter Cronkite News poll from Oct. 10-15 listing 50 percent of registered voters in favor, 42 percent against and 8 percent undecided.

For more information on the proposition visit www.regulatemarijuanainarizona.org for the pro view and www.azpolicy.org for the con view.

The East Valley Tribune also did a good job at analyzing the ballot measure with this article http://www.eastvalleytribune.com/arizona/article_9ea6ce70-9a08-11e6-805b-d32ec3065e84.html and so did the Arizona Republic with this article http://www.azcentral.com/story/news/politics/elections/2016/10/23/searching-colorado-arizona-marijuana-future-prop-205/92529926/ which examines how the issue has played out in Colorado.