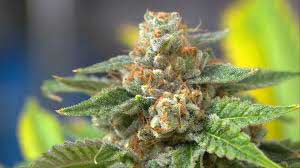 Colorado officials call on Arizona anti-Proposition 205 group to stop lying in its ads about Colorado.

PHOENIX (AP) – Three Colorado state legislators on Monday called on opponents of the Arizona measure to legalize recreational pot to stop airing what they say are misleading and inaccurate ads.

Among the gripes the legislators have are several ads that claim Colorado schools have not seen any money from marijuana tax revenues. They also cited studies that dispute the group’s claims in ads that teen marijuana use in Colorado is at an all-time high.

At least five of the group’s ads claim Colorado schools have not seen money. They feature a former school superintendent and principal who say that funds that were promised to schools went to regulating the pot industry instead, and that Denver schools got no money at all. They also state that more teens are using pot than before and that marijuana-related traffic deaths have surged by 62 percent.

But the Colorado legislators say over $138.3 million of the approximate $220.8 million in total marijuana tax revenue went to the Colorado Department of Education to benefit schools from fiscal years 2015 through 2017. Colorado legalized recreational marijuana in 2012 and began collecting taxes on the sales in 2014. Arizonans will vote on the measure to do the same on Nov. 8.

Steadman, who is one of six Colorado legislators who write the state’s budget, says documents clearly show that schools are getting money.

“They are saying these things that are really far afield from the truth,” Steadman said in an interview with The Associated Press. “We’ve been building schools and repairing schools with the excess tax revenue that was dedicated to school construction. Those dollars are flowing.”

Campaign manager Adam Deguire said the legislators have “been bought and paid for” by the marijuana industry and that they are pushing misleading information.

“The bottom line is that Colorado schools were promised more money for classrooms than they have actually received and that is why so many schools officials are now asking where all the pot money is that they were promised. Our ads clearly point out that Denver schools received no pot money which is also true, and uses real Colorado school officials who back up these facts,” Deguire said in an email to the AP.

The Colorado legislators also sent the No on Prop. 205 campaign a recent survey on teen marijuana use that contradicts the figures it has been using in ads.

Deguire wrote in a letter to the three legislators that Colorado doctors, law enforcement officials and others have spoken out about the negative impacts of legalized pot.

“While flawed surveys may tell a creative story, they cannot change the reliable, firsthand accounts from real Colorado educators and civic leaders who are seeing the harmful effects of legal marijuana every day,” Deguire wrote.

“It’s easy to look at some of the data and kind of get swept up in whatever conclusions you wanna lead to, but for those of us who are sitting back keeping a calm eye on this, we have not seen the kinds of problems that people have been afraid of or what people are sensationalizing this into,” Steadman said.