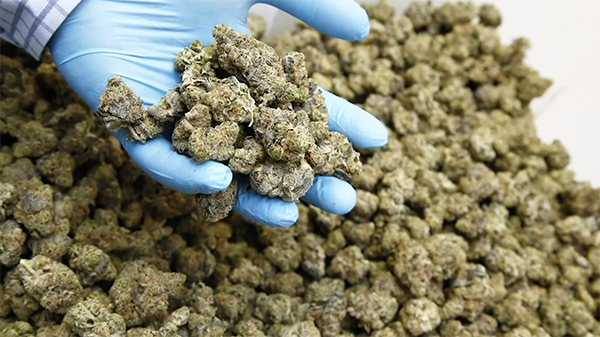 Contributed Photo: Arizonans will have the choice to vote on the legalization of recreational marijuana this November with Proposition 205.

PHOENIX – Colorado, Washington, Oregon and Alaska have all legalized cannabis (marijuana) for recreational use. Now voters in Arizona will decide whether to follow suit; that is if a judge decides against a lawsuit brought forth by marijuana-legalization foes.

The Campaign to Regulate Marijuana Like Alcohol (CRMLA) announced Thursday that it had met the requirements to put its initiative on the November ballot. The initiative will appear as Proposition 205.

“Eighty-three years ago, Arizona voters approved a ballot measure to repeal the failed policy of alcohol prohibition,” CRMLA Chariman J.P. Holyoak said. “This November, we will have the opportunity to end the equally disastrous policy of marijuana prohibition. Prop 205 would establish a more sensible system in which marijuana is regulated and taxed similarly to alcohol.”

However, hearings were scheduled for Friday to hear a lawsuit brought forth by the opposition group, Arizonans for Responsible Drug Policy, which argues that the initiative should not be placed on the ballot and that the potential revenues and upside of legalization do not outweigh the potential downsides.

Holyoak described the lawsuit as frivolous and that it wouldn’t take long to be dismissed. 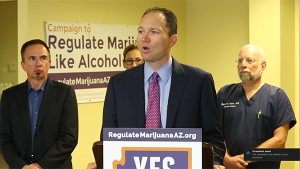 “We expect that the judge is simply going to dismiss this,” Holyoak said. “Their attempts to use the legal system to thwart the ability of voters to vote on important issues is both desperate and pathetic . . . The people of Arizona, in our signature collection process, overwhelmingly told us that they want this on the ballot; they want the option to be able to decide on the failed policies of prohibition.”

Proposition 205 would allow adults 21 and older to possess up to 1 ounce of marijuana and grow up to six plants in their homes without obtaining licenses, as long as the plants are in a secure area. The initiative would also create a distribution system similar to Colorado’s, where licenses and businesses produce and sell marijuana and pay a 15-percent tax on retail sales to be allocated to education – including funding all-day kindergarten – and public health. Half the money generated for education would fund K-12 school operations and maintenance, and the other half would fund all-day kindergarten. The number of businesses allowed to sell marijuana would be limited.

The Arizona Joint Legislative Budget Committee estimated the initiative would generate more than $123 million in annual tax revenue and license fees by 2020, including more than $55 million per year for K-12 education and full-day kindergarten programs.

To help promote its position that marijuana is less harmful than alcohol and that lifting prohibition would be more beneficial than keeping the status quo, the CRMLA brought out a retired Drug Enforcement Agency supervisor, a Scottsdale-based general surgeon and a Mesa-based teacher to express their views on legalization. 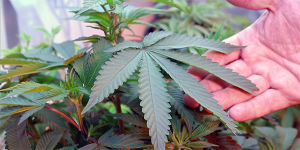 “In states where marijuana for medical use has been legal, they’ve seen a substantial drop in opiate abuse, opiate addiction and complications of opiates,” Dr. Jeffrey Singer said.

“It is the safest thing we can do for our children because regulation basically guarantees the efficacy of the product that is sold,” Mesa-based teacher Lisa Olson said at the press conference.

The Arizona Medical Marijuana Act passed by a slim margin of votes in 2010 and allows the production, sale and possession of marijuana to licensed dispensaries – one of which are allowed per each Community Health Analysis Area – and cardholders. There are 125 separate CHAA’s throughout the state and roughly 100,000 medical marijuana patients. A patient with a marijuana card is allowed to purchase up to 2.5 ounces of marijuana every two weeks.

While Arizona is one of 25 states and the District of Columbia to have legalized medical marijuana, it is still illegal at the federal level, which lists it as a Schedule 1 drug along with LSD and heroin and with no medicinal value. The Drug Enforcement Agency refused to reschedule marijuana Thursday, but it did alter its policy to allow Universities to acquire licenses to grow and study the plant. Previously, the University of Mississippi was the only institution allowed to grow marijuana for research, which stifled a number of scientists’ work in various ways.