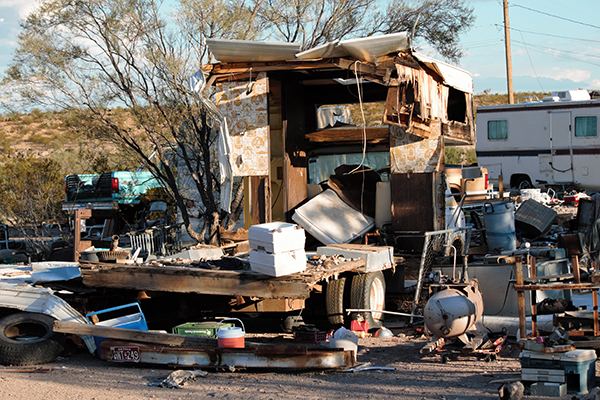 The Safford Fire Department was dispatched to 5146 S. 20th Ave. at about 9:49 p.m. regarding a structure fire. The area is about four miles south of Safford just south of the intersection with 50th Street.

Despite being a highly combustible trailer, firefighters managed to keep the blaze to just the single structure.

“It went up really fast,” Safford Fire Chief Clark Bingham said. “It was fully involved when I got on scene.”

The cause of the fire is unknown. The trailer was not hooked up to any utilities and was used primarily only for storage, according to the owner’s statement to police.

“There’s no utilities to the home,” Bingham said. “We spoke with the owner and (he) had no clue what started it, so it is suspicious at this time.”

The homeowner said the only other person who frequented the trailer was his son. After not being able to reach his son on his cell phone, he became concerned that he might have been inside when the trailer burned.

Another deputy informed the primary officer that the owner’s son was accounted for and was in a substance abuse rehabilitation facility. After extinguishing the flames, firefighters combed through the debris and reported there were no signs of anyone present in the trailer during the fire.

Firefighters were on scene mopping up the fire until about 1:30 in the morning, according to Bingham.