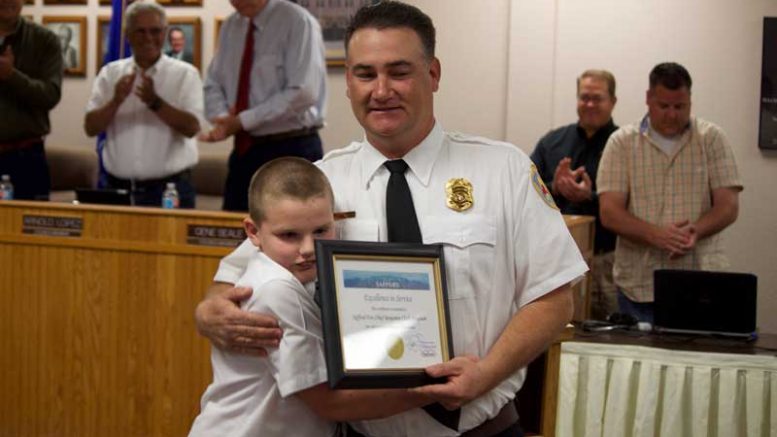 Jon Johnson Photo/Gila Valley Central: Andrew Kunz, left, presents a certificate of excellence from the city to Safford Fire Chief Clark Bingham, who saved him from a swarm of killer bees. This story is one of our favorite feel-good articles of the year.

At its Monday night meeting, the Safford City Council honored Safford Fire Chief Clark Bingham with a certificate of excellence for “his selfless act of valor” in his rescue of 11-year-old Andrew Kunz from a swarm of Africanized “killer” bees Feb. 20.

Andrew was on hand for the moment of recognition for Clark, looking completely recovered, along with his grandmother, Petrea Kunz, and father, Brandon Kunz. 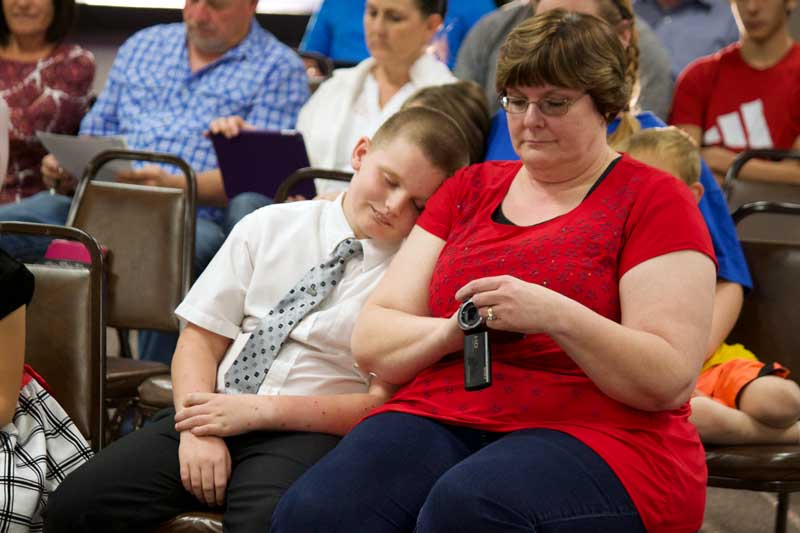 Bingham, who like Andrew is allergic to stinging insects, suffered about 30 stings in the rescue and was treated at Mt. Graham Regional Medical Center (MGRMC). Andrew suffered more than 400 stings and was flown to Phoenix Children’s Hospital. Two members of Graham County Sheriff’s Office, Sgt. Jacob Carpenter and deputy Justin Baughman, were also stung in the rescue effort and were treated at MGRMC, with Carpenter being hit about 20 times and Baughman stung more than 100 times. 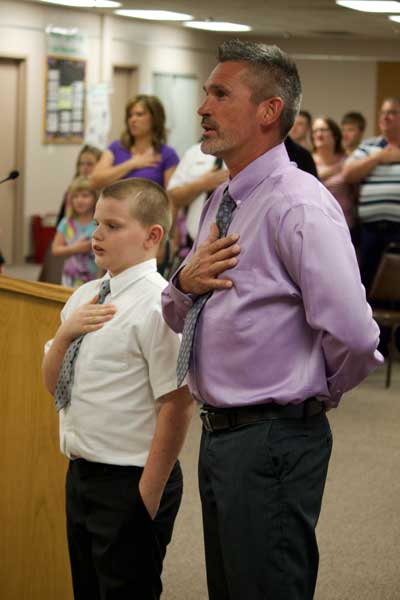 On Monday, after helping Safford Mayor Jason Kouts lead the Pledge of Allegiance, Kouts gave up his seat as mayor temporarily to Andrew so he could officiate the recognition to Bingham. Safford Police Chief Joe Brugman then spoke at the podium about Bingham’s bravery.

“It is absolutely my honor to be standing here to be part of (the) recognition of a man with whom I work with and call a friend,” Brugman said. “Chief Bingham carried the young man out of harms way to receive medical treatment. Had Chief Bingham not acted decisively, this young man would have received additional injuries and could have possibly died.”

Andrew then presented the certificate to Bingham with a hug and a smile.

“This is an award that will represent how much he was a hero to me in that bee swarm,” Andrew said. “I want to thank him a lot for saving me because I wouldn’t be here right now if it wasn’t for him.”

Bingham, however, remained magnanimous in his acceptance.

“In my 16 years of being a fireman, you see a lot of death and a lot of destruction,” Bingham said. “I’ve seen dead kids, dead adults, dead elderly; people who have (lost) everything they’ve worked for all their lives and sometimes we can save a little and sometimes we can save a lot. I’m just glad we were there to save Andrew and prevent further harm. I consider this a real honor . . . I just feel I was just doing (my) job.”

While Brandon Kunz said he doesn’t like to talk about the incident, he was very thankful for the actions of Bingham and said his son has miraculously bounced back.

“He’s doing a lot better now,” Brandon said. “He’s practically back to his old self.”

In addition to the certificate from the city, Bingham was also honored by the Boys & Girls Club of the Gila Valley as Torch Club Director Mikayla Cope awarded him with a $75 gift certificate to Gila Outdoor. 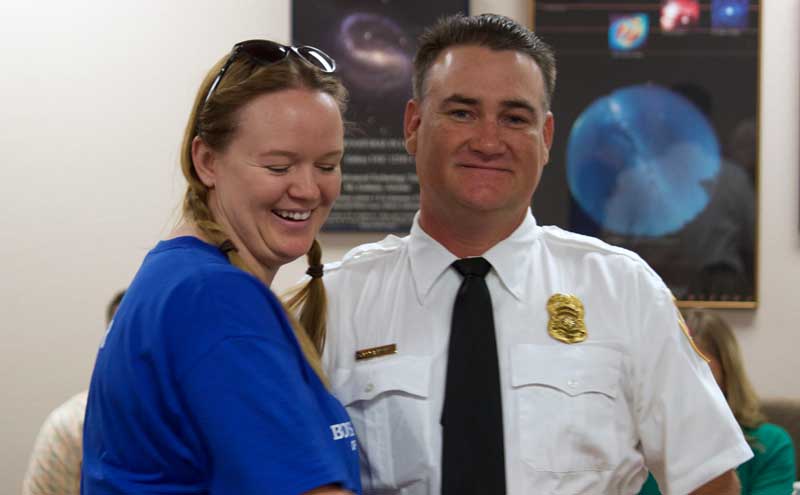 “When we heard about Clark’s bravery and what he did for Andrew, my kids couldn’t believe that there was another person (who) would risk their whole life for them,” Cope said. “So, they wanted to give him a gift as well.”

The incident has garnered nationwide press and, when preparing to award Bingham, Safford City Manager Horatio Skeete discovered that the city didn’t have any commendation program in place to honor firefighters like it has to honor the city’s police force. To resolve that issue, Skeete proposed to implement a new program and asked the council to approve any minimal funding necessary, which passed unanimously. 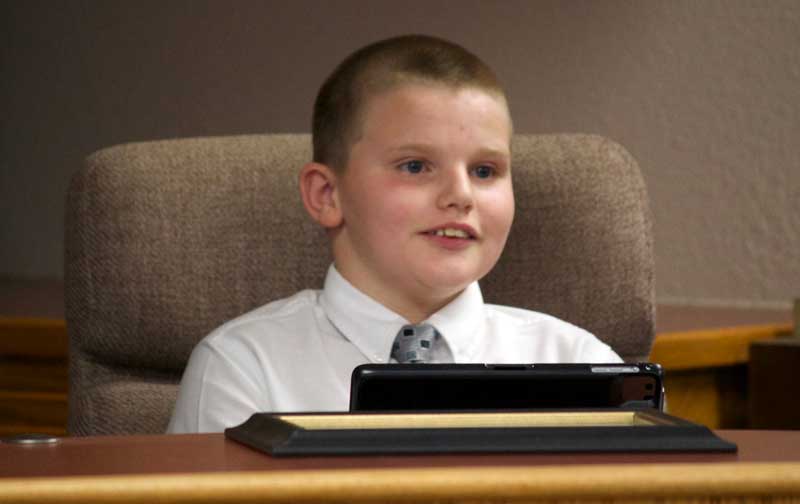 Jon Johnson Photo/Gila Valley Central: Andrew Kunz enjoys his stint as mayor. He said he wouldn’t be alive if not for the actions of Safford Fire Chief Clark Bingham.