SAFFORD – A man ultimately decided conditions at the jail were preferable to those at the local hospital.

Westley Nash Colvin, 26, of Eden, recently left the Mt. Graham Regional Medical Center (MGRMC) against medical advice and was picked up for a felony warrant and taken to jail. 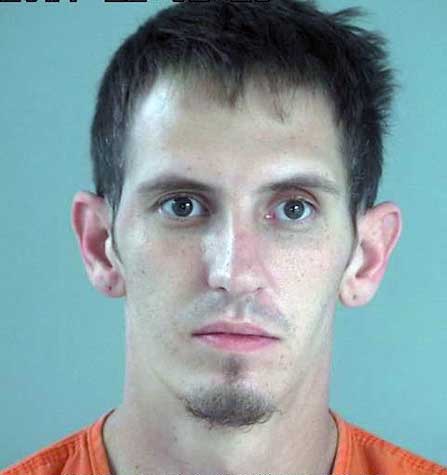 According to a Safford Police report, an officer was dispatched to the area around the hospital shortly before 1 p.m. on Friday, June 2, to search for Colvin, who ran away from the hospital.

At about 12: 55 p.m., the officer located Colvin walking across 20th Avenue westbound on Relation Street. The officer confirmed Colvin had an active warrant for his arrest and intercepted the suspect.

After being taken into custody, Colvin allegedly said he was going stir crazy at the hospital and just wanted to get out and smoke a cigarette. He advised he still needed medical attention for MRSA, an infection caused by a type of staph bacteria that is resistant to antibiotics normally used to treat staph infections, and pneumonia.

Colvin was taken back to MGRMC, where a doctor advised he was on the last day of a two-week stay and only needed to take his last day’s treatment of antibiotics.

After given a dose of antibiotics, Colvin was transported to the Graham County Jail and booked on his warrant regarding possession of a dangerous drug (methamphetamine), possession of a narcotic drug (heroin) and possession of drug paraphernalia. Colvin also has an additional charge out of Pima Justice Court Precinct 2 regarding taking the identity of another and false reporting to law enforcement.

Colvin waived his preliminary hearing Wednesday and the charges on his drug case were bound over to Graham County Superior Court.