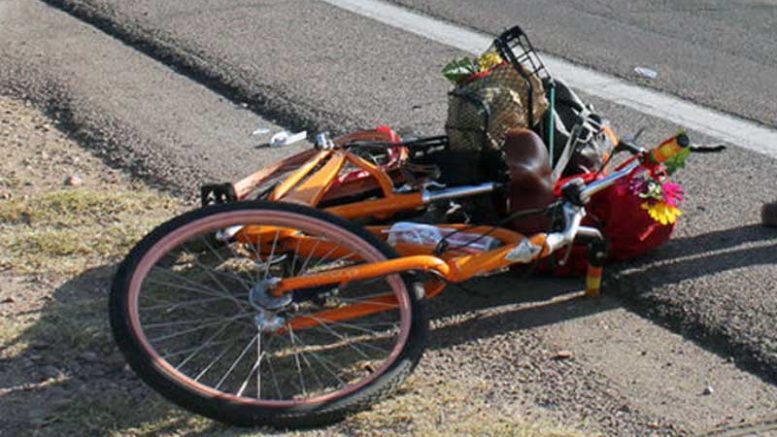 A woman riding this bicycle died Tuesday afternoon after being struck by a truck while riding along U.S. Highway 191 just south of Safford.

GRAHAM COUNTY – A female bicyclist died Tuesday afternoon after being hit by a Toyota Tacoma pickup truck on U.S. Highway 191. 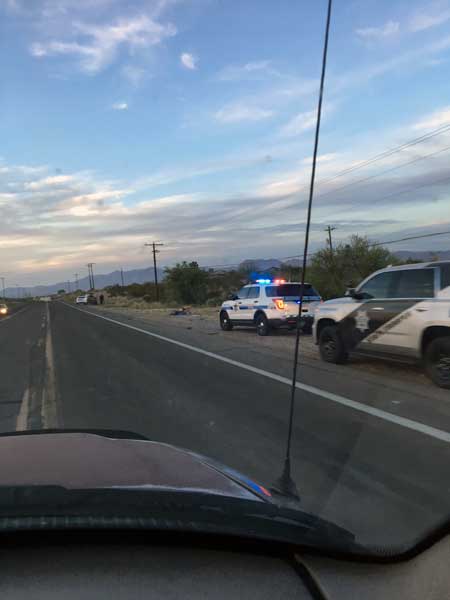 Dan Curtis Photo/Gila Valley Central: Officers from the Arizona Department of Public Safety, Safford Police Department and Graham County Sheriff’s Office responded to the scene. The bicyclist was riding between the white line and the edge of the pavement when she was struck.

The woman was identified by authorities as Norma Iris Rivera-Diaz, 54, of Safford. She was also known by friends as “Truth.” The driver was identified as David Medina Reynaga, 30, of Vail, Arizona.

According to Arizona Department of Public Safety Sgt. Stewart Shupe, Rivera-Diaz was northbound on U.S. Highway 191 when she was struck from behind by a 2015 white Toyota Tacoma driven by Reynaga at about 4:33 p.m. The collision occurred at milepost 116 near Powerline Road. Shupe said Rivera-Diaz was utilizing the shoulder of the highway to ride on, and was in between the white line designating the highway and the edge of the pavement in accordance with where bicyclists are supposed to ride. It is unknown by Reynaga went over the line and struck the bicyclist.

Reynaga and his two minor children passengers were not injured in the collision.

Rivera-Diaz was transported to Mt. Graham Regional Medical Center, where she was declared deceased.

No criminal charges have been issued, and the collision is still under investigation by DPS.

This article has been updated to include the identification of the bicyclist.