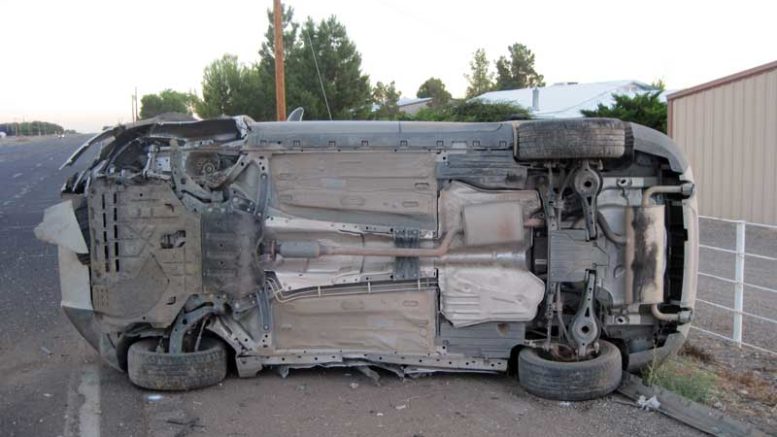 CENTRAL – An unlicensed juvenile from Pima reportedly fell asleep at the wheel early Tuesday morning and rolled the silver, Ford sedan he was driving.

Contributed Photo/Courtesy DPS: DPS and paramedics respond to the scene.

The 15-year-old driver was transported to Mount Graham Regional Medical Center, where he was treated for minor injuries to his mouth and released. 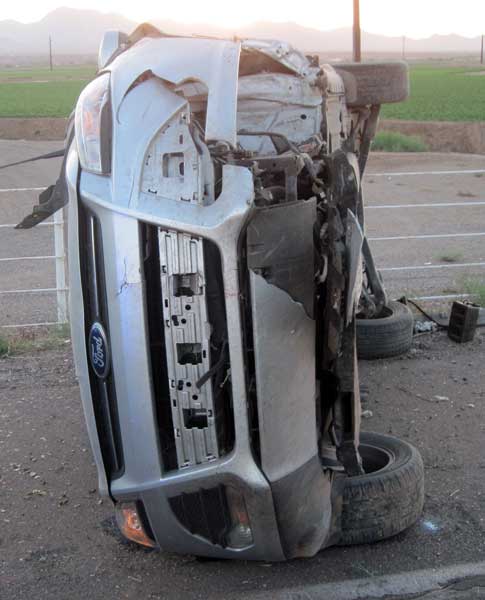 Contributed Photo/Courtesy DPS: The car ended up stopped on its side after colliding with a fence.

According to a news release from the Arizona Department of Public Safety, the youth was westbound on U.S. Highway 70 at about 4:42 a.m. when he fell asleep at the wheel. The car crossed over the center turn into the eastbound lane and then back across both westbound lanes before colliding with several utility poles and boxes.

The car continued westbound, narrowly missing a ditch before colliding with the fence at Steve’s Self Storage at 4745 W. U.S. 70. The car then stopped along the westbound shoulder on its right side. The car was later removed from the scene by Nuttall’s Towing.

The 15-year-old juvenile was given citations for unsafe lane use and driving without a valid driver’s license and was released to his parents. 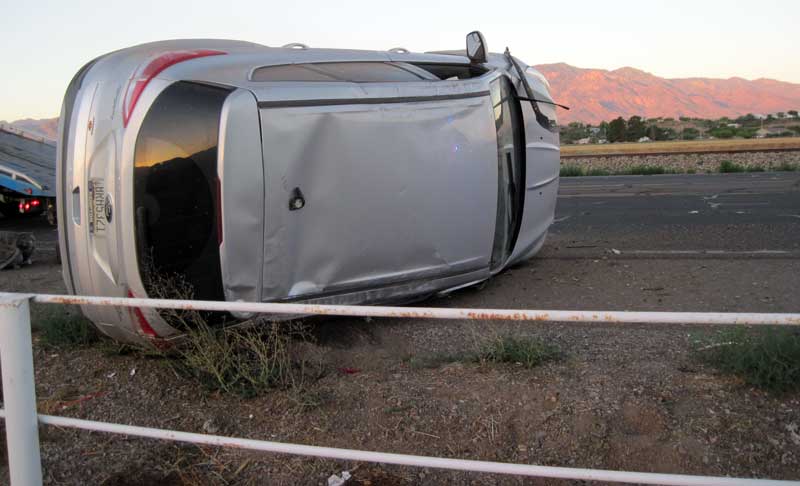