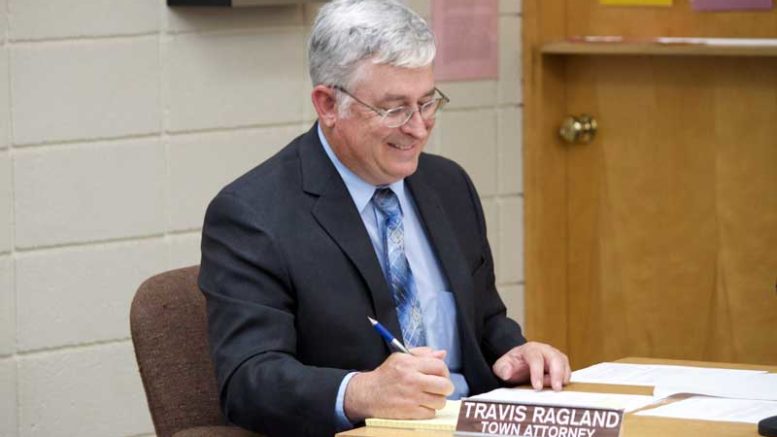 Jon Johnson Photo/Gila Valley Central: Travis Ragland resigned as Pima Town Attorney citing an increased load in his private practice in Safford as the cause.

PIMA – It’s not the domino effect one might think but it is the second accepted resignation of a town employee in a week.

Pima Town Attorney Travis Ragland’s resignation was somberly but unanimously accepted at a special Pima Town Council meeting Tuesday with nothing but kind words for the outgoing attorney.

Ragland said he enjoyed his time working for Pima, but his caseload increased twofold after Graham County Superior Court Judge Michael D. Peterson was elected into office and had to quit the law practice he shared with Ragland.

“I like working down here and I wish my caseload wasn’t such that I was going to have to quit being down here,” Ragland said. 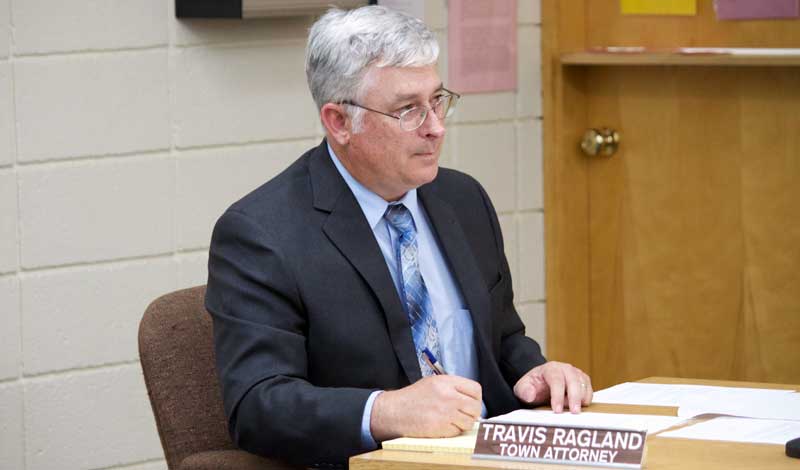 Jon Johnson Photo/Gila Valley Central: Travis Ragland listens as the council praises him for his service.

He later elaborated on the situation to Gila Valley Central.

“I’ve been trying to get caught up and get a handle on it, (but) it’s just gotten to the point where I couldn’t do everything and so I’m no longer going to be doing this,” he said.

Ragland first gave the town verbal notice of his intention April 6. His intention was to assist the town find his replacement and have the new attorney hired before he left his post, but unforeseen circumstances have prevented accomplishing that. His resignation was listed as being effective June 30, according to the council’s vote. However, Ragland said he is still willing to help the town make the transition anyway he can.

“It’s been an honor to have you sitting at the end of the table and representing our town,” Mayor C.B. Fletcher said. “I think you’ve done a great job. I thank you for keeping us out of trouble from time to time.”

Ragland has served as Pima’s attorney/prosecutor since Jan. 3, 2011, after replacing Wyatt Palmer, who in turn had to resign to begin his new post as Justice of the Peace District 2.