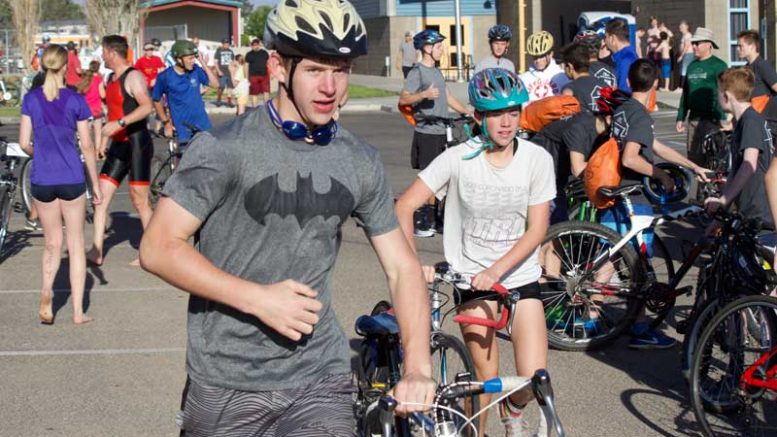 Jon Johnson Photo/Gila Valley Central: It was a case of sibling rivalry as Trae, left, and Kali Nelson raced each other during the 27th annual Jim Brinkerhoff Varsity Scout Triathlon in Pima on Saturday.

PIMA – The 27th annual Jim Brinkerhoff Varsity Scout Triathlon raced through Pima on Saturday and left smiles on the faces of everyone involved.

Enrollment for this year’s race was up slightly at 1,761 registered participants despite it being Easter weekend. A total of 1,530 racers finished the course, including 289 females. 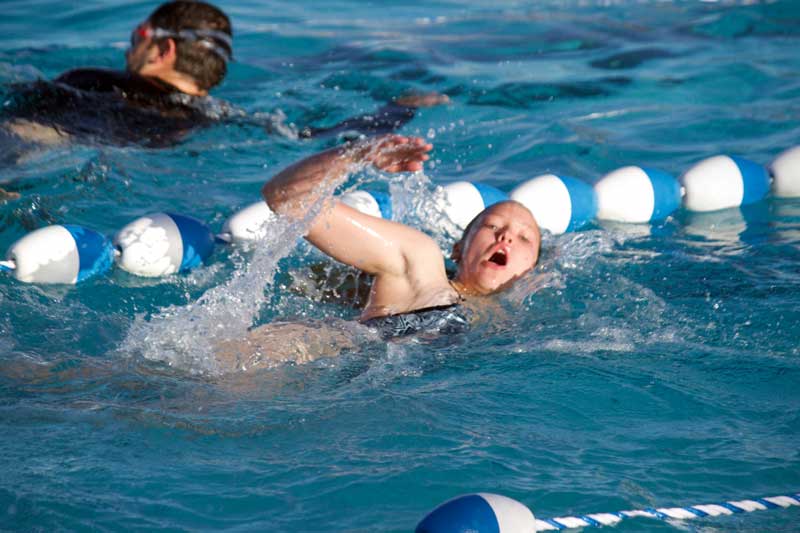 Race day temperatures varied from about 58 degrees at the race’s 7 a.m. sharp start to about 78 degrees when the last competitor crossed the finish line a little before noon.

“The weather is amazing,” said Race Director Mons Larson. “With the full moon last night, the dance was phenomenal.” 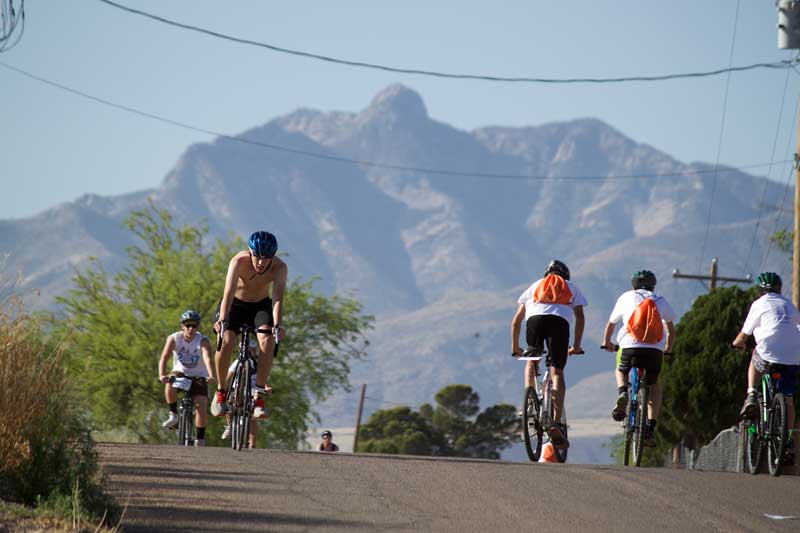 Jon Johnson Photo/Gila Valley Central: It was a picture-perfect day for the event.

Most competitors arrived in the area Friday and participated in a meet-and-greet dance. While the majority spent the night roughing it by camping out at the rodeo grounds, a number also filled up local hotels after filling their bellies at various valley restaurants to be fully rested for their early morning race.

Matalyah Bretz, 13, of Mesa, took home the gold as the top overall female finisher for the third year in a row with her record time of 36:29, while the overall male finisher went to Brigham Anderson, 18, with a  time of 32:01. 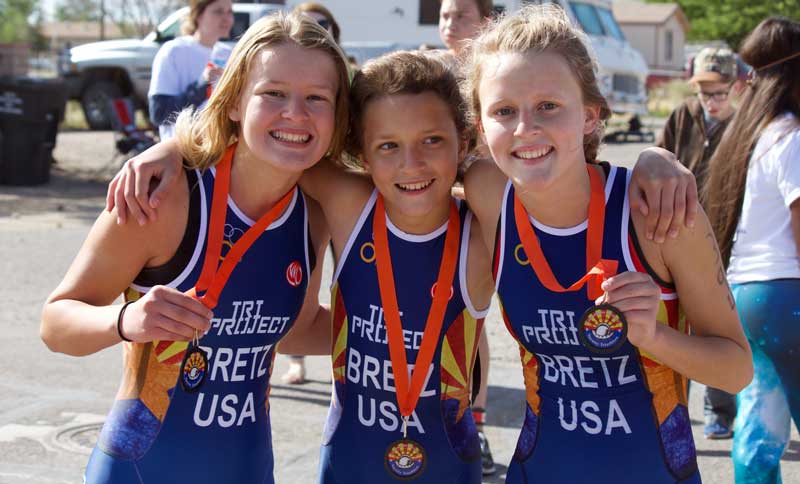 The event, which is the largest Varsity Scout triathlon in the nation, includes a 75-yard swim in the Pima Pool, a 6-mile bicycle ride to the Central Cemetery and back and finishes with a 1.6-mile run around town. The race required the closure of 400 South in front of the Dan Hinton School from 6 a.m. to noon on race day and 200 East from Friday night to noon on Saturday. Everyone Gila Valley spoke to commented on how smooth everything ran. 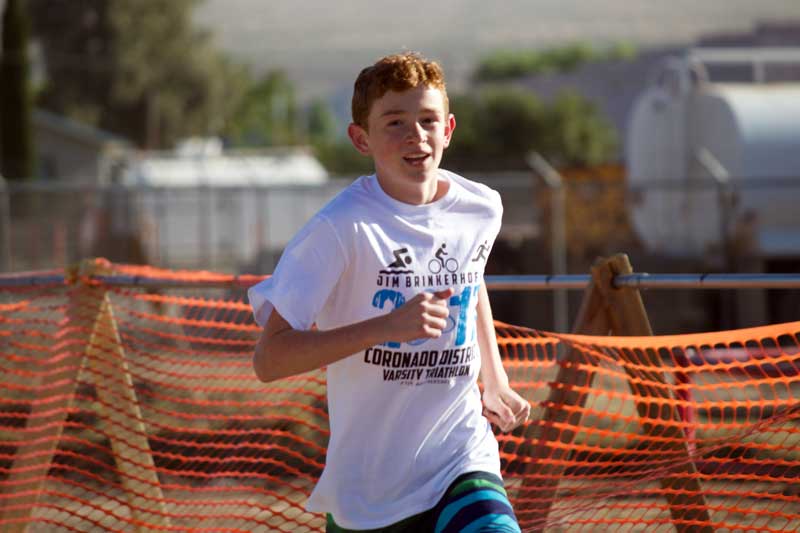 Jon Johnson Photo/Gila Valley Central: Brigham Lee jets past in the run portion of the event.

“I thought it was really well organized,” said participant Lori Watts of Gilbert. “I’ve done a lot of triathlons and I thought it was great organization and a lot of fun (with) a good spirit.”

While the event is technically a Boy Scout triathlon, leaders, parents, drivers and females are invited to participate as well. A sibling rivalry between Trae and Kali Nelson, of Pima, was settled for this year with older brother Trae taking home bragging rights by beating his sister by nearly two minutes. A veteran of the triathlon many times over, Kali said she is eager to snatch the family trophy back from Trae next year. 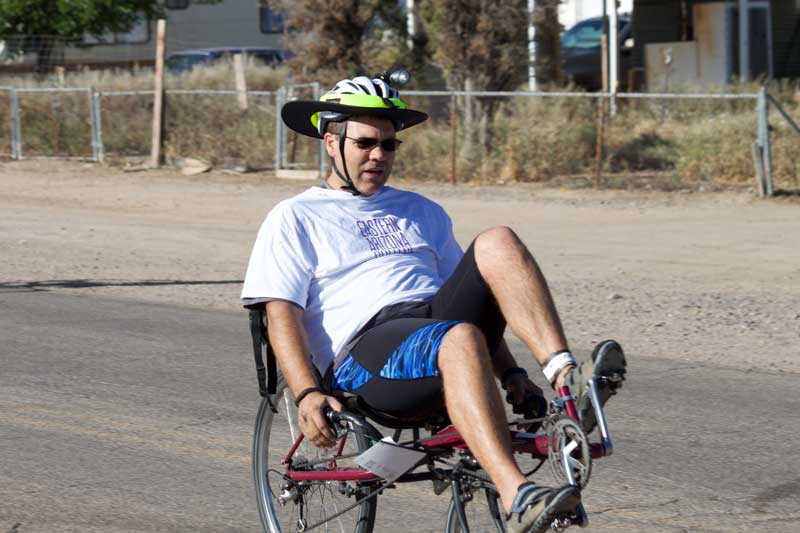 Helping Larson with the event is a team of about 150 volunteers, along with support from the town of Pima and its police department. Every year participants say how much they enjoy the event and that they will return to race again.