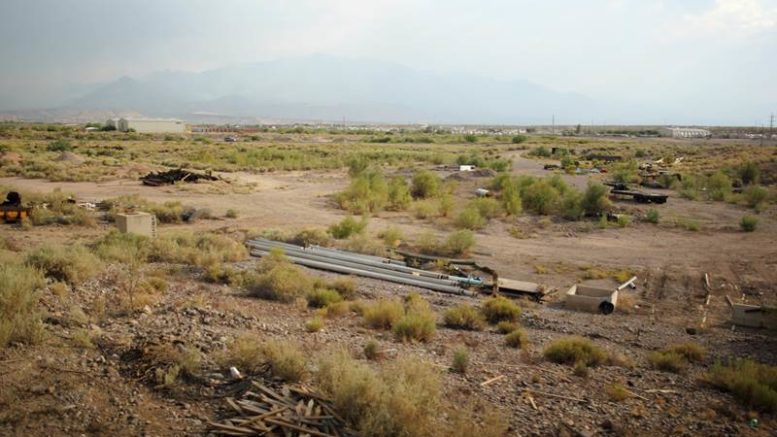 Eric Burk Photo/Gila Valley Central: This Wednesday, June 21 photo shows the potential location of Thatcher's lake, between 8th Street and Ballpark Drive east of Reay Lane. The Carter packing plant will be to the right of the buildings at left in the background.

THATCHER – At its Monday night meeting, the Thatcher Town Council unanimously voted to re-zone Bart Carter’s property, allowing him to develop a meat-processing facility on the southeast corner of Reay Lane and 8th Street.

In the monthly meeting, the council also approved the 2017-2018 budget, reviewed town manager Terry Hinton’s performance, and discussed a potential five-acre lake to be built west of the Thatcher ball fields. Council member Donald Innes retired this month to take a job working for Gila Health Resources in Morenci. In July, the council will accept petitions for a new council member to complete Innes’ term which ends December, 2018. 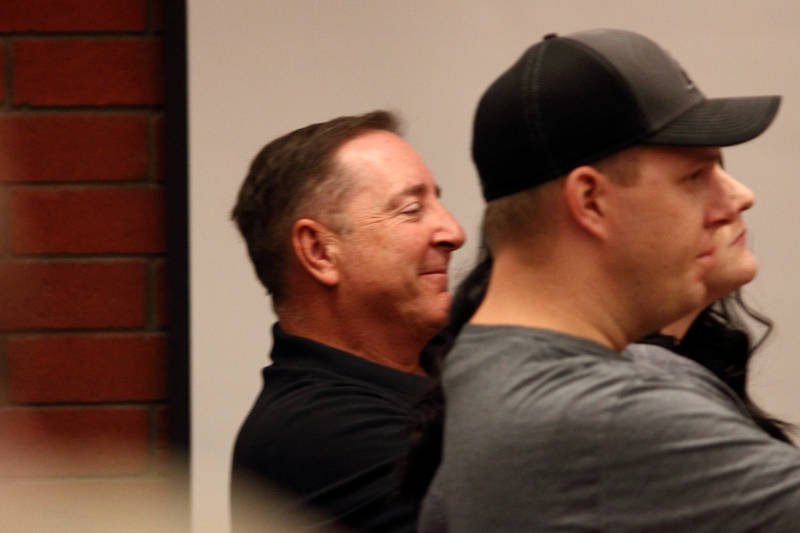 Eric Burk Photo/Gila Valley Central: In this photo from the Thatcher Town Council meeting, Bart Carter grins after the unanimous vote to re-zone his property made way for him to develop a meat processing plant.

There was little discussion about the vote to rezone Carter’s property, since Carter had already spoken at a public meeting and attended a Planning and Zoning hearing. In an interview Wednesday, Thatcher mayor Bob Rivera said the council’s vote to confirm the rezoning was just a formality confirming the Planning and Zoning Division’s recommendations.

“What happens when the planning and zoning make a recommendation, it’s hard for the council to go against their wisdom because they’ve already asked the questions and stuff,” Rivera said.

He added that in his time on the town council and as mayor, he’s only seen one decision against the Planning and Zoning Division’s recommendations.

Now that his property has been rezoned, Carter is free to develop plans and continue working with the Planning and Zoning Division for necessary permits and inspections. After the facility is complete, the town will continue to monitor it, but Rivera said the state regulations are more restrictive, so much of the necessary oversight will be left to state inspectors.

While explaining the budget for the fiscal year beginning in July, Hinton told the council that new utility arrangements will result in an overall decrease for utility rates in the town of Thatcher, with a 4.4% decrease for users, despite a $3 increase in rates for garbage and sewer. The tentative total budget for Thatcher for 2017-2018 fiscal year is $15,574,354.99. That includes a contingency/grants calculation of $5,456,800, resulting in an actual budget of about $10 million. 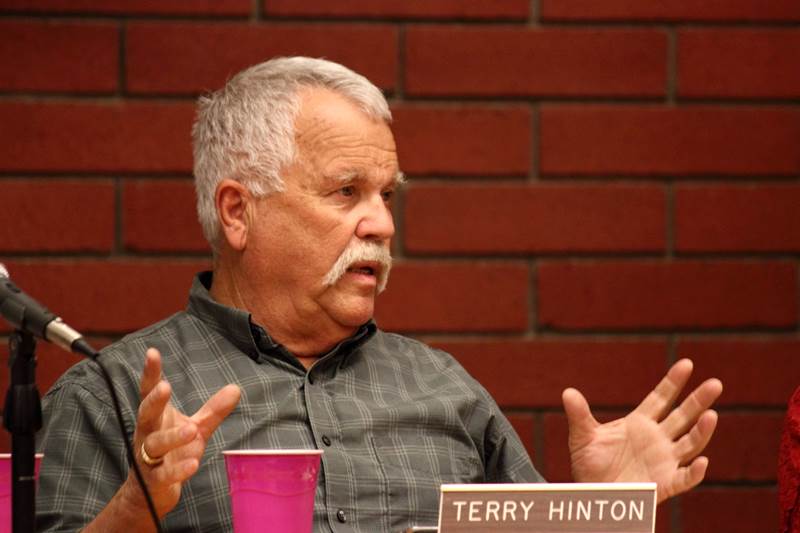 Rivera told the meeting that the yearly performance ratings for the Town Manager range from one to five, with one being very poor and five meaning “walking on water.” In his total average rating, the council gave Hinton a 4.2 average.

Each council member rated Hinton’s performance. Although most comments were positive, the primary negative comments focused on Hinton’s communication with the council, encouraging him to provide fewer short, condescending answers to council questions and not to bias cost estimates based on Hinton’s own preference for or against specific items.

The council also discussed expanding the Thatcher recreational complex east of Reay Lane to include a lake, soccer fields and, in the distant future, a community center building. 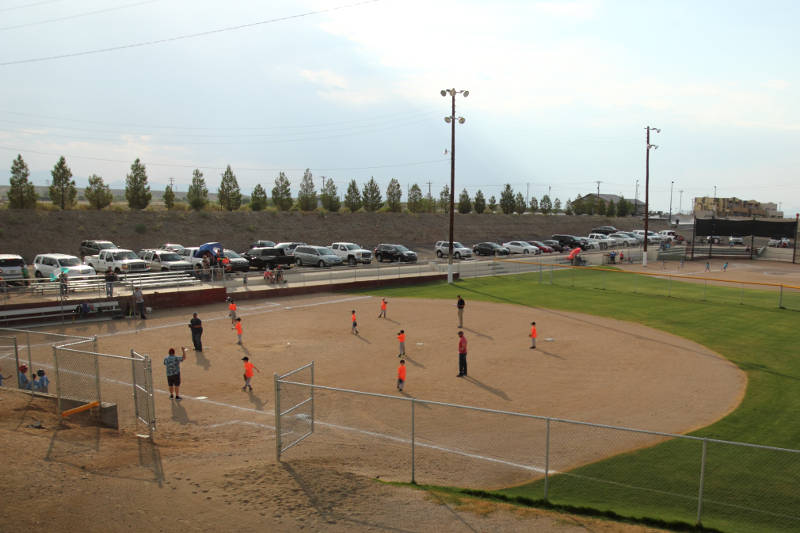 Eric Burk Photo/Gila Valley Central: The splash pad and ball fields in Thatcher were packed on the evening of Wednesday, June 21. The Thatcher Town Council is considering adding a lake to the complex.

On Wednesday, Rivera said the council has been discussing the project for eight months and that it would go to formal proposals near the end of 2017 or the beginning of 2018. The project would include walking trails, an additional parking lot, and allow for fishing and boating. Concrete will need to be placed around the lake and caliche, a type of non-porous rock, will need to be trucked in to line the bottom.

“As we’re talking right now, it’s just talk, there’s nothing concrete,” Rivera said. “There’s a lot of things that have to happen before we even think about making plans and design work.”

The meeting also discussed the need to fill Donald Innes’ seat as a council member. Only four candidates ran in the last election, so Rivera is unsure how many people will apply. Rivera said the position is a good way to contribute to positive work in Thatcher. Council members receive a $450 monthly stipend. Invitations to apply to the council will be published for two to three weeks before the end of July.