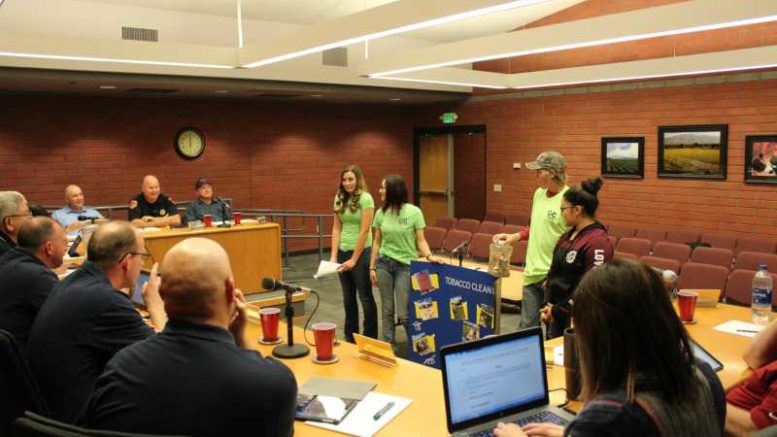 THATCHER- Although many might not know this, the town of Thatcher does not allow smoking in any of their parks. Not only this, but individuals who are found smoking at the park could be given a citation.

This fact was brought to the attention of the anti-tobacco youth organization Graham County Students Taking a Road to Success (STARS). The STARS group stood in front of the Thatcher Town Council, addressing the dangers of secondhand smoke. Also, the STARS brought with them a bucket of cigarette butts that had been collected at one of the Safford city parks.

Amanda Glaspie, of the Graham County STARS addressed the council and spoke of the dangers of secondhand smoke, as well as the STARS ambition to make Graham County Parks smoke free. 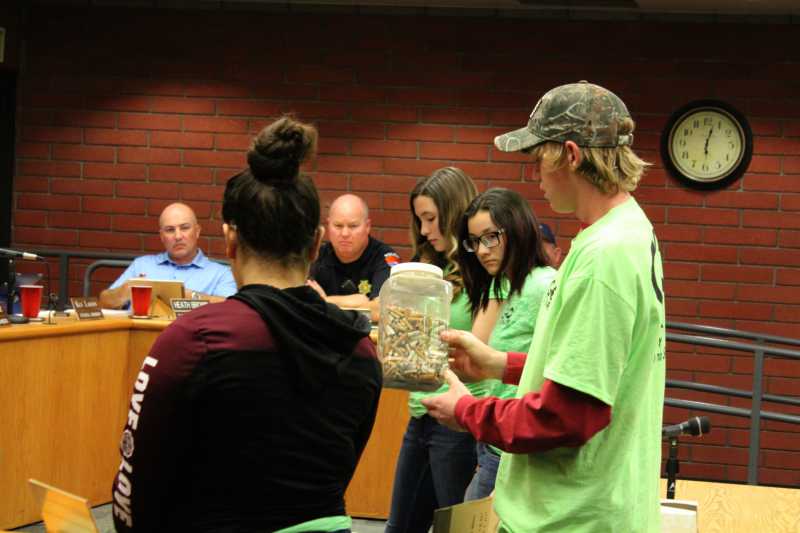 Currently, the Safford City parks and the shooting range have both passed anti-smoking objectives, with designated smoking areas. Thatcher Mayor Bob Rivera spoke to the Graham County STARS group, saying how the smoking issue was addressed with the Thatcher skate park shortly after its creation.

“We do believe in what you’re saying, and we applaud you for doing what you’re doing,” Rivera said. “The signs are there (at the park) to let them know that it is a smoke-free environment. But a lot of people will pass the sign and do that, and if there is any police officers or members of the council or any responsible adult there, they can tell them to stop. All our stores, and sporting arenas, everywhere, has become nonsmoking.”

Terry Hinton, the Thatcher Town Manager, said that the Thatcher town ordinance rules that absolutely no smoking is allowed in any Thatcher park.

“There’s ability to cite now,” Hinton said. “There’s a town ordinance that you can’t smoke at any public park. It’s always been that way. Officers have given citations, and they have gone to the baseball games when someone would call and they do take care of it.”

In other Thatcher Town Council news:

The Thatcher Town Council will be purchasing a new garbage truck to replace their old one.

The council is currently looking for space to either build or share a sports recreational area for inside sporting events.

In the future, the council may be adding aesthetic lighting to the ballpark fields.