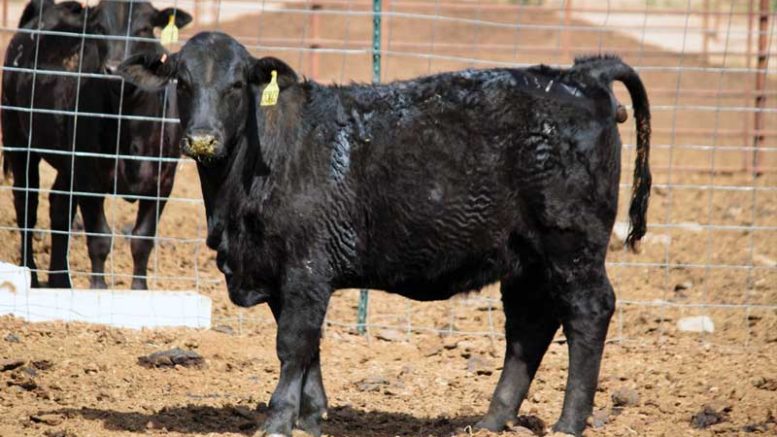 SAFFORD – It was standing-room only at the Thatcher Town Hall on Monday as locals were given the chance to separate fact from fiction on a proposed meat processing plant. 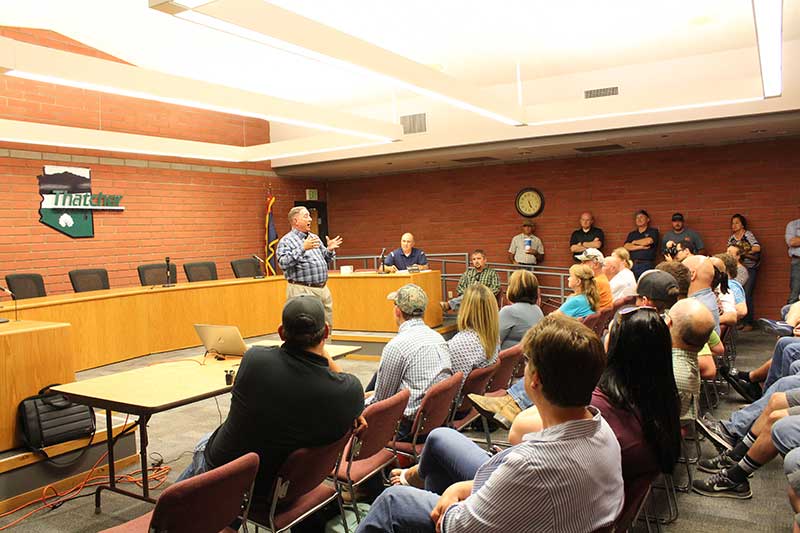 The meat processing plant, if it’s granted permission by the town of Thatcher, will be called Carter Cattle and Meats. Local medical doctor and owner of Carter Cattle, LLC, Dr. Bart Carter, already owns the 10 acres of land across from Valley Auto Wrecking in Thatcher where the proposed plant would be built. Monday’s meeting was held to introduce the idea for his new business to the public and start a request with the town of Thatcher to change his land’s zoning from Industrial Zone 1 to Industrial Zone 2.

“We’re not here to hide anything, and we’re not ashamed of what we’re trying to do,” Carter said as he made his presentation to the packed room. 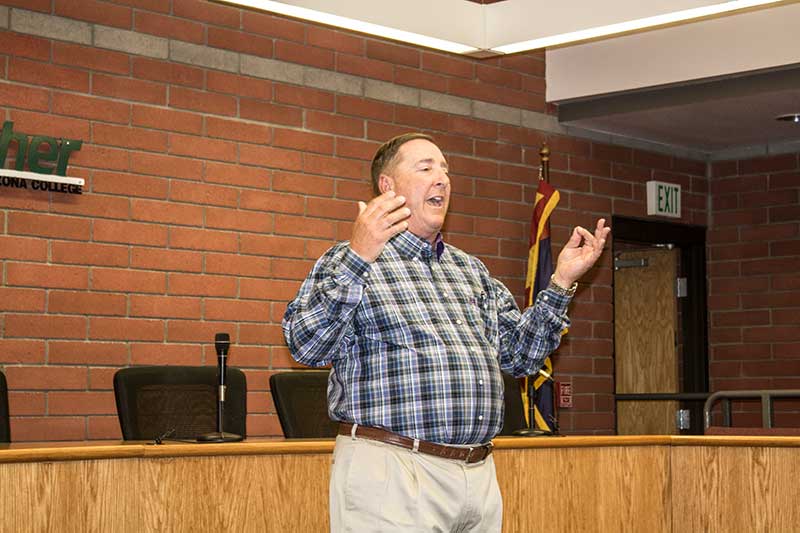 The small animal harvesting and processing facility will not have a holding yard for animals, according to Carter. Instead, the facility will primarily be designed to service the needs of local ranchers and hunters, who would otherwise have to travel more than 50 miles without it. Carter stressed there would be absolutely no offensive smells generated by the plant. He also added there will be no gory sights an individual outside the building could see and there would be no noisy machinery. Carter also stressed that the proposed facility would be a very small-scale operating company. 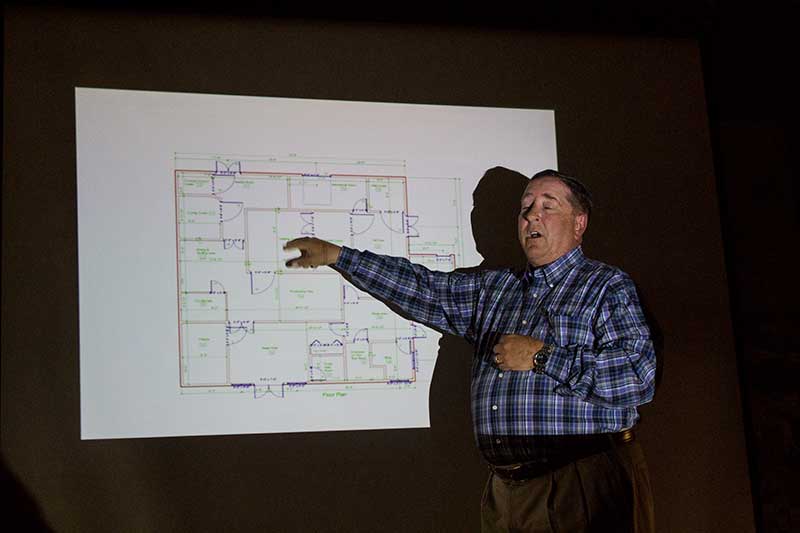 After the presentation, Carter stood in front of the audience and answered whatever questions they had. Jodi Jones was one of the individuals who seemed skeptical of Carter’s placement of his facility in Thatcher. 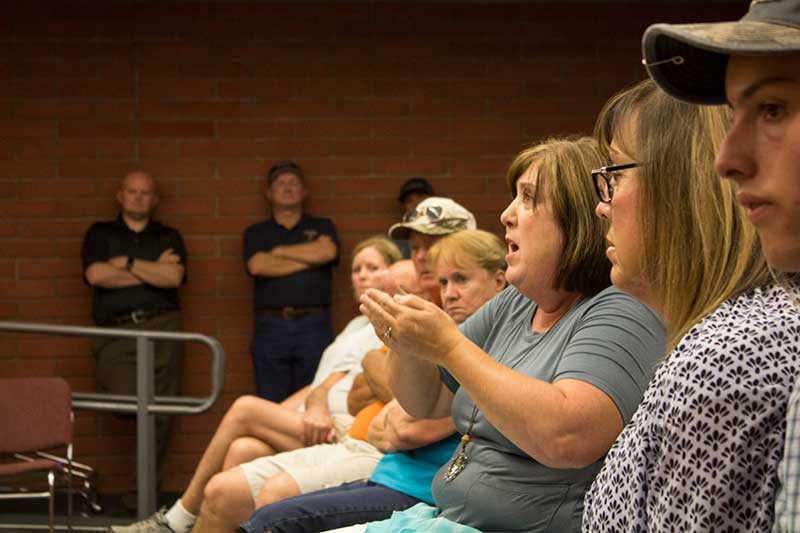 Brooke Curley Photo/Gila Valley Central: Jodi Jones voiced her questions as to why the processing facility would be within the town of Thatcher and at that particular location.

Carter answered Jones by telling her that the land across from the auto wrecking yard was what he owned, and that the opening of a new business would create jobs and fill a void in the local markets.

“I don’t see how this facility is going to detract in any way from that area in particular,” Carter said. “To me, I feel like it’s the ideal location for another business of this type to come into Thatcher. I guess we’re just going to disagree, but it’s not going to hurt the area. It’s well away from the park, and it’s not going to appear offensive. It’s going to be a metal building with a rock veneer front that’s attractive.”

This aerial view shows where the proposed plant would be located across from the auto wrecking yard.

Carter said construction will begin once the rezoning has been finalized. Because the building has so many intricate refrigerating facilities, he said construction will be quite lengthy, taking roughly nine months to complete. Carter said because certain aspects of the building will have to be specifically designed, the work will be tedious and time consuming. Also, since all of the machinery will be the brand new, the shipping of the machinery and refrigerators will take up to six months as well.

Contributed Photo/Courtesy Carter Cattle LLC: This graphic is the basic outline of what the front view of the building will be like.