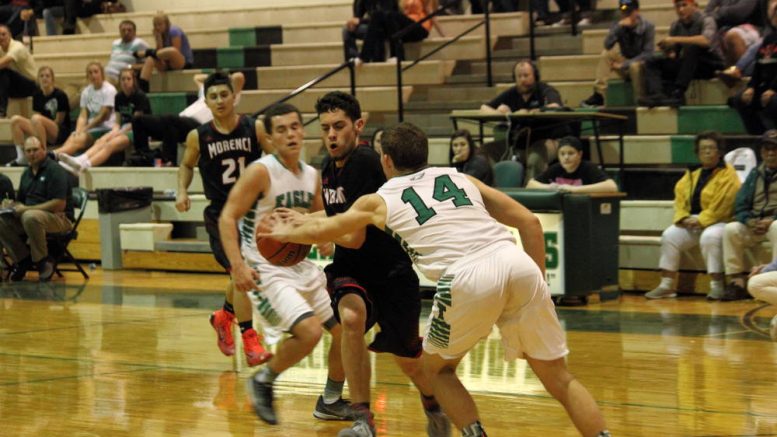 Eric Burk Photo/Gila Valley Central: Strong defense made the difference for the Eagles, who avenged an earlier loss to the Morenci Wildcats by taking care of business at home, 52-38.

THATCHER – The Thatcher Eagles (17-8 overall, 8-3 region) avenged themselves against the Morenci Wildcats (16-9 overall, 8-4 region) on Tuesday night by holding court, 52-38. In a previous game Jan. 6 in Greenlee County, Morenci beat Thatcher, 76-65, heightening anticipation for the Eagles on Tuesday.

Morenci was weakened by the loss of one of its larger players, Kyle Swan, who normally relieves 6’9″ giant John Olmstead. Additionally, Morenci missed more opportunities than normal in the face of a sturdy Thatcher defense. By halftime, the Eagles already had a strong, 28-17 lead that just got bigger as the game progressed.

“Here and there, there was a play they made, a play we didn’t make,” said Morenci head coach Patrick Hepper. “We missed an awful lot of free throws and layups tonight, stuff that we usually don’t do, and that was probably a difference between us really being in the game at the end and just being out of touch.”

Thatcher jumped out to an 18-9 lead after the first period behind the guard play of Carson Goodman and Dallin Cook, who went for a game-high 19 points and 18 points, respectively. 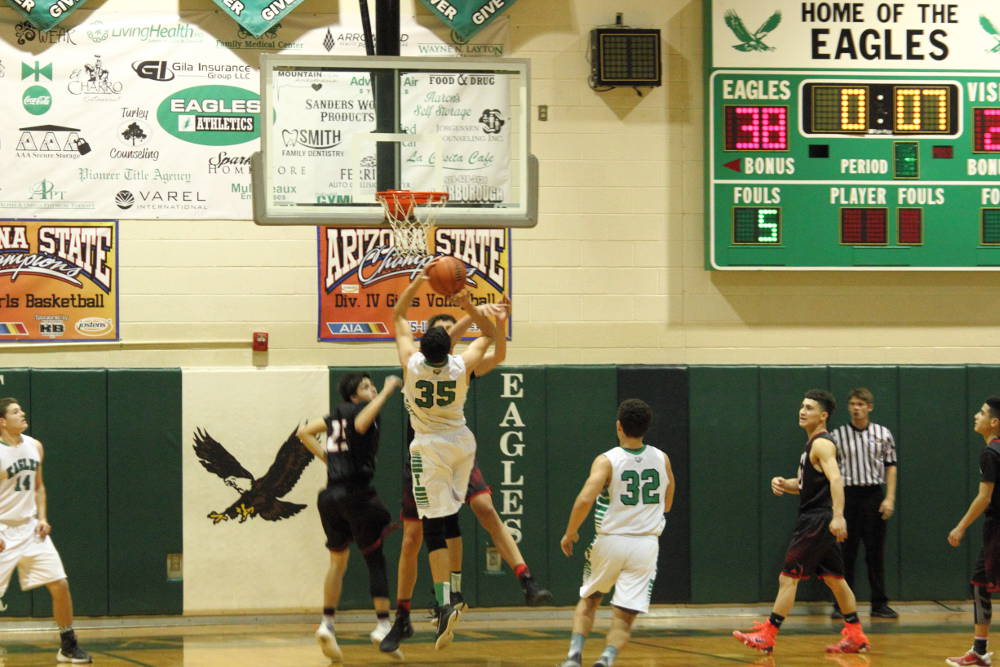 “Last time, I think they hit ten 3’s and made 30 free throws, and tonight they didn’t make that,” said Thatcher head coach Chris Cook. “That was probably a big difference. At this level, most of the time it’s about effort. And I think our kids are understanding that, and they’re playing that way, and it makes a huge difference.” 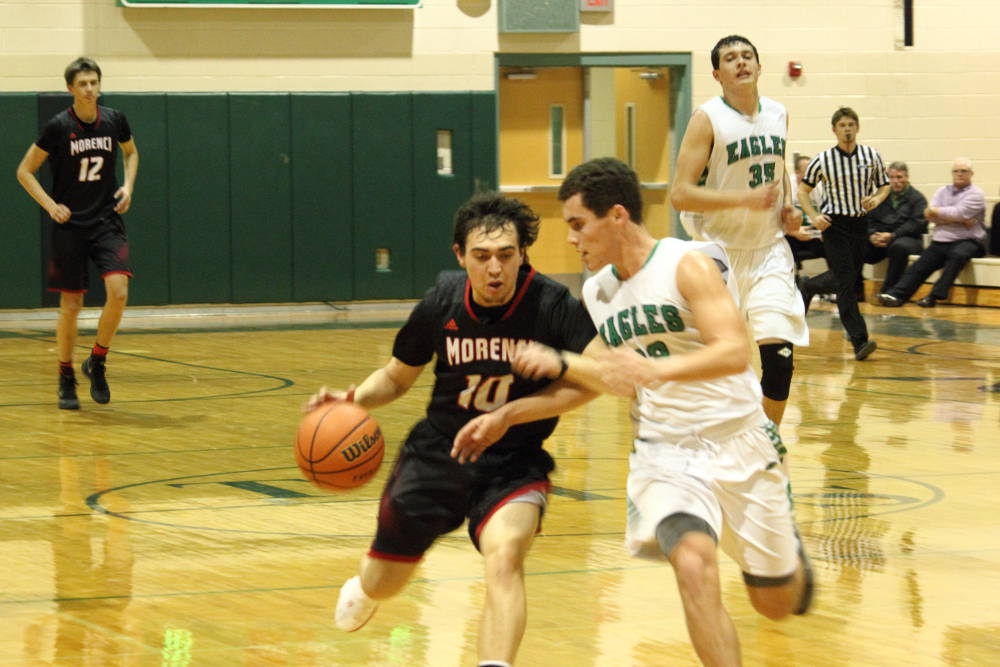 McMaster added that they learned from their last confrontation with Morenci.

“We had to cut down on our fouls and try to watch our perimeter defense,” he said.

Morenci center John Olmstead, who led his team with 12 points, said he saw an additional reason for Thatcher’s strong game.

“I think they just came out with revenge,” he said. “They wanted to get revenge on us.” 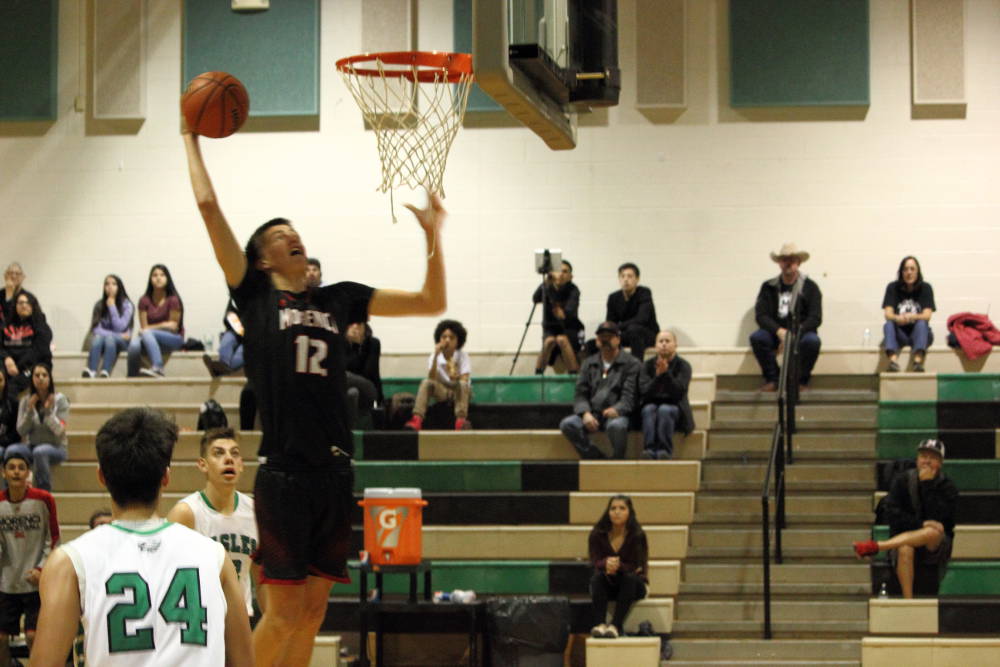 Despite the loss, both teams agree that Morenci played well.

“I was pleased with the effort, and if we get the opportunity to play them a third time, I just hope it’s a heck of a basketball game,” Hepper said.

Both teams are headed to the playoffs, with one more season game for Thatcher. On Friday, the Thatcher Eagles will host the Willcox Cowboys (12-10 overall, 5-5 region). Willcox, who beat Morenci last week, looks like a challenge for the Eagles.

“We’re going to have to come ready to play,” Cook said. “If we do, I think we can win. We’re looking forward to it.”

Pima will finish up its regular season on the road against the Benson Bobcats (2-22 overall, 2-9 region) on Thursday, Feb. 2 at 7 p.m.