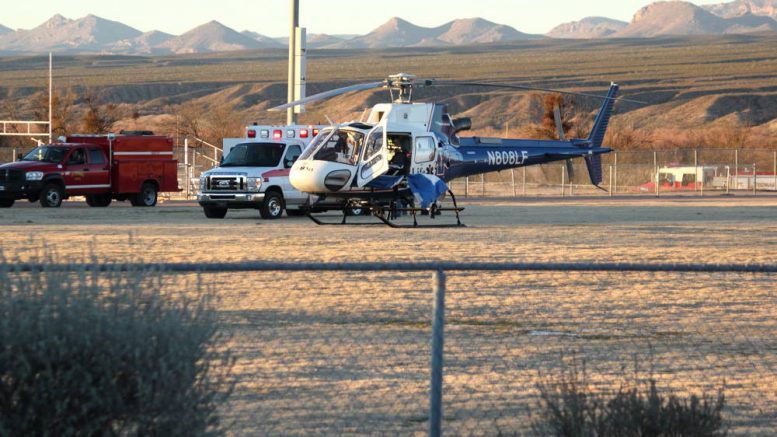 FORT THOMAS – A 49-year-old Fort Thomas woman was flown to the Arizona Burn Center at Maricopa Medical Center in Phoenix on Tuesday after reportedly suffering burns to approximately 50 percent of the front of her body in a flare explosion. 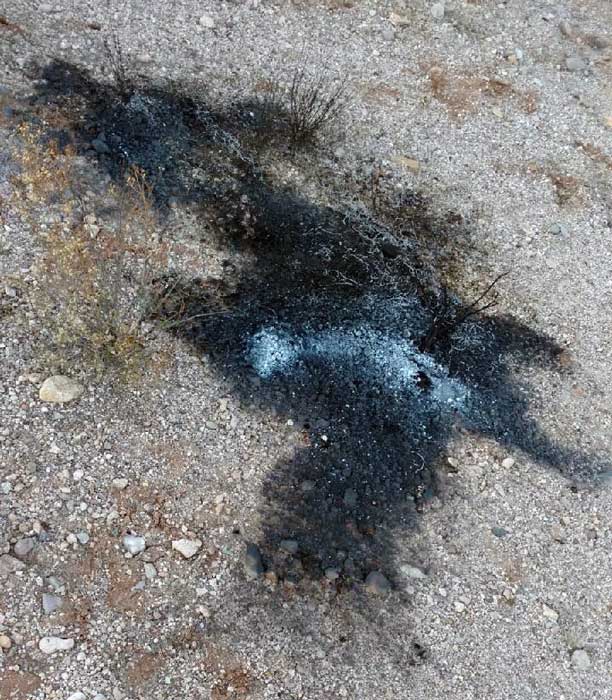 Contributed Photo/Courtesy Becky Beeks: This scorch mark shows how the flare burned the ground when it exploded.

Diane Briscoe was badly burned when a flare exploded in her hands.

The accident occurred in Fort Thomas in a field adjacent to her mother’s residence in the 1500 block of W. Mistletoe Lane. Briscoe’s sister, Becky Beeks, told Gila Valley Central that Briscoe was about 10 acres away from the house and that she suffered burns to roughly 50 percent of the front of her body, including, her face and hair.

Graham County Dispatch alerted authorities to the situation at about 4:45 p.m., and a Graham County Sheriff’s deputy and the Fort Thomas Fire Department arrived on scene at about 5 p.m., followed by a Pima Police officer who also responded.

Paramedics from Lifeline Ambulance transported Briscoe to the Fort Thomas High School football field to an awaiting helicopter with LifeNet. The helicopter took off en route to the burn center at about 6:12 p.m. As of Thursday morning, she was listed in critical condition and has been placed in a medically-induced coma to make her more comfortable, according to Beeks.

According to Briscoe’s boyfriend, Brian Lawrence, the flare exploded unexpectedly.

“I was speaking with our neighbor regarding some landscaping tools and an ordinance was detonated on my girlfriend, incinerating her pretty much,” Lawrence said. “She was maybe peeling a wrapper off to kind of see what the innards would look like. Like I said, I quit paying attention to what she was doing at one point while I was speaking with our neighbor, so I lost focus on what she was doing.”

GCSO Lt. Jerry Nelson said the device appears to be a flare utilized by Air Force planes in training missions and that a representative from Davis Monthan was supposed to arrive Thursday to examine the debris and attempt to make a positive identification.

While Beeks, who did not see the accident, reported Briscoe was striking the flare with a knife, Lawrence said the incident was a complete surprise.
“Understand this, she had no idea that that was going to happen,” he said.

This article was updated Thursday afternoon. 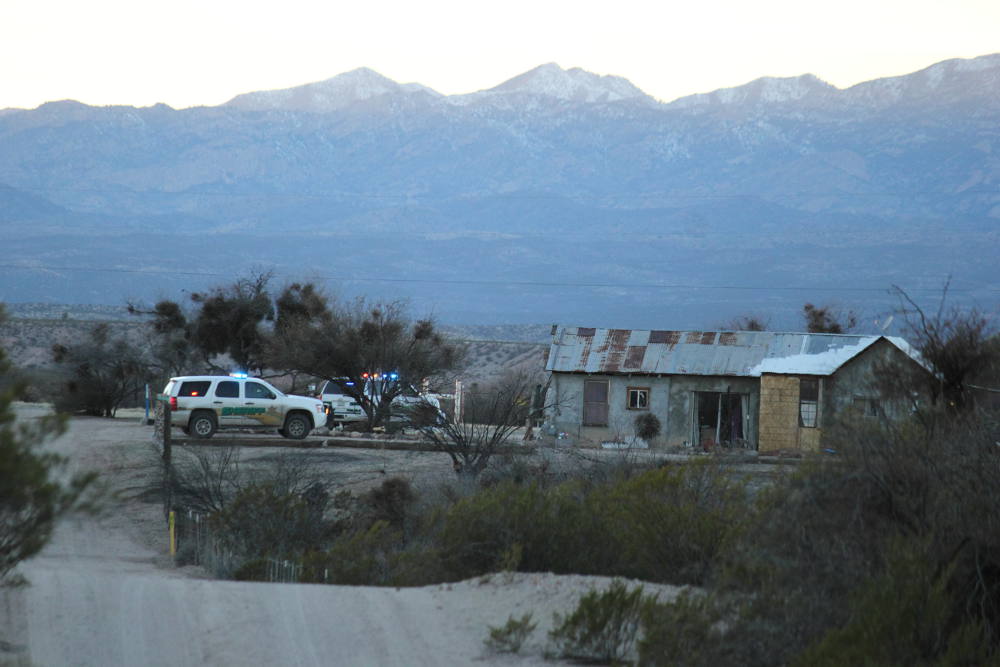 Eric Burk Photo/Gila Valley Central: GCSO deputies arrive at a residence near where the explosion occurred.