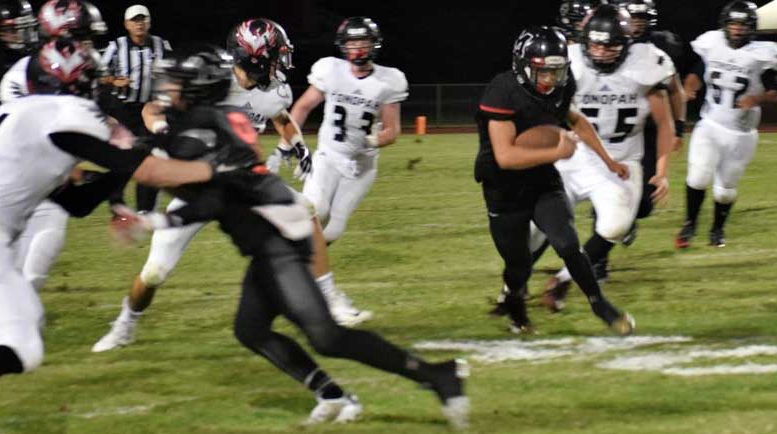 Photo By Raymundo Frasquillo: Morenci used teamwork to prevail over Tonopah Valley during the season and home opener Aug. 25. Blocks were executed for running backs to gain over 300 rushing yards. Mark the first challenge successful, 21-7.

In so doing, the Wildcats began the David Gallegos Era with a win. His insistence on being a running team, totaling 50 rushes for 306 yards by six players versus two passes by two receivers for 76 yards, proved to be the right choice for Morenci to advance the ball.

A scoreless opening period deadlock was broken in the second period by a 73-yard pass play, from unproven junior quarterback Mark Roybal to senior running back Steven Chavarria, largely sidelined with an injury last season. The conversion attempt failed.

The teams traded punts to start the second half before Morenci covered 48 yards in four plays, one a no-gainer and another a 3-yard loss.

Chavarria added the Wildcats second touchdown with 6:39 left in the third period, sprinting around the left side untouched into the end zone for a 33-yard score. Junior Collin Batchelder made the conversion run.

Tonopah Valley needed 64 yards, advanced 19 in three plays before senior Robert Morey stripped the ball and put the Wildcats back on offense.

Morenci needed 56 yards but was forced to punt, as was Tonopah Valley on fourth down.

Morenci had a 21-0 advantage with 3:15 left in the game. The shutout lasted a minute longer, totaling 45 minutes and 45 seconds.

The Phoenix took 53 seconds to cover 61 yards in three plays. Quarterback Chris Davis connected with Dalton Thompson for a touchdown. A successful conversion kick made the score 21-7 with 2:15 left.

An unsuccessful onsides kick was covered by the Wildcats 52 yards away, and they were able to run out the clock without having to score.

Roybal completed 2-3 passes for 76 yards with no interceptions. Chavarria had one catch for 73 yards and Carrasco was 1-3.

Thatcher spoiled the Bobcats home and season opener with a 42-0 win Aug. 25. 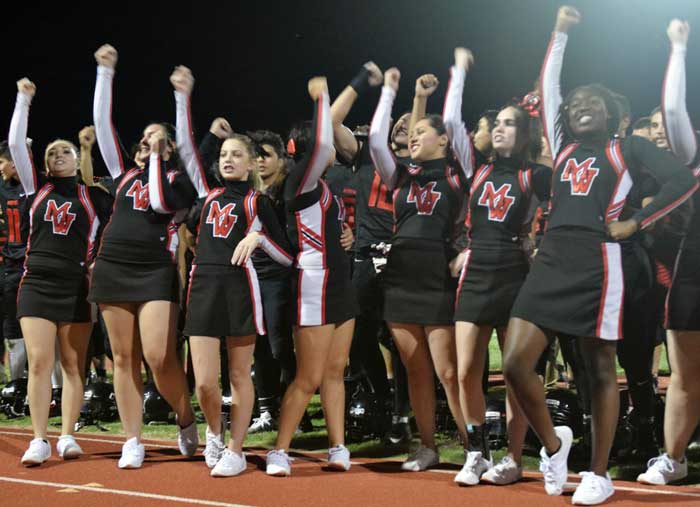 Photo By Raymundo Frasquillo: Cheerleaders were on hand to help the crowd get behind the team.