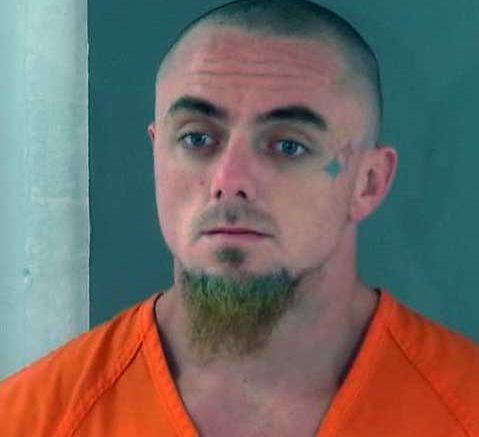 Contributed Photo/Courtesy GCSO: Brian Todd fled from officers in April and is still sought on a variety of theft and drug charges as well as multiple felony warrants.

GRAHAM COUNTY – Police continue to be on the lookout for an alleged methamphetamine user who was caught with drugs while driving a stolen car but escaped on foot.

On April 26, a Graham County Sheriff’s deputy was on patrol on Lebanon Loop Road at about 3 p.m. when he came upon a white, 2010 Chevrolet Malibu with a man standing just inside the vehicle’s open front door. The deputy positively identified the man as Brian Todd, who had multiple felony warrants for his arrest.

The deputy drew his handgun and ordered Todd to walk backwards away from the car. Todd then walked backward for a few steps, according to the deputy’s report, but then ran westbound, ignoring the deputy’s commands to stop. Other members of the Sheriff’s Office responded to the area to help search for Todd, but he was not located.

Prior to searching the desert area for Todd, the initial deputy went over to the Malibu, which was still running, and turned off its engine. The vehicle turned out to have fictitious license plates and was actually reported stolen out of Thatcher on March 23. Ironically, the owners of the car had been hiding it in Daley Estates to avoid repossession.

He then saw drug paraphernalia in plain sight, including a syringe laying on the floorboard. A subsequent search of the car yielded about 3 grams of methamphetamine, a glass meth pipe, a glass bong, a digital scale and a set of metal nunchucks.

A Sheriff’s Office detective forwarded his report to the Graham County Attorney’s Office for charges against Todd for possession of stolen property, unlawful use of a motor vehicle, possession of a dangerous drug (methamphetamine) and possession of drug paraphernalia.

As of Friday, Todd is still wanted by the police to answer to those charges and his felony warrants.