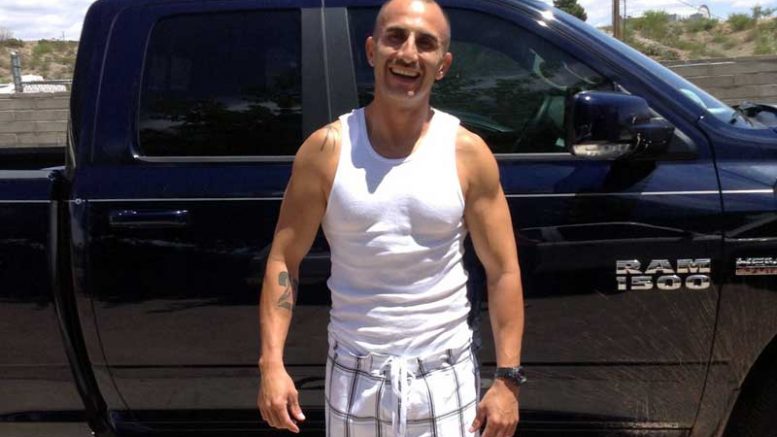 Eliot Fallow faces seven felony counts relating to drug charges and aggravated assault on a police officer. The charges all stem from a traffic stop for a cracked windshield.

CLIFTON – A Clifton man remains in the Greenlee County Jail after allegedly assaulting a police officer while resisting arrest and later admitting to to being a drug dealer.

Eliot Fallow, 33, is being held on a $50,000 bond and is charged with seven felony counts and one misdemeanor relating to a Jan. 30 incident in Clifton. Among those charges are aggravated assault on a peace officer, a Class-4 felony and resisting arrest, a Class-6 felony.

The situation began seemingly simple enough around midday, Jan. 30. Arizona Department of Public Safety officer Jonathan Bodine made what should have been a routine traffic stop when he pulled Fallow’s vehicle over for a broken windshield. The stop was made at the Chase Creek parking lot. Fallow had just pulled out from the Circle K parking lot when Bodine observed him.

Bodine wrote in his incident report that he was prepared to issue Fallow a repair order for the windshield. Then, according to the officer’s report, the situation took an interesting turn based on Fallow’s behavior during the stop. The officer asked Fallow to step out of his vehicle while the repair order was being written.

The officer said he noticed Fallow’s hands were shaking; he had a scared look on his face and was overly talkative. Fallow continued speaking  rapidly and offered information the officer hadn’t inquired.

Bodine said while he was writing the windshield repair order, he noticed Fallow was walking back and forth and fidgeting. Fallow allegedly asked the officer repeatedly if he could smoke a cigarette. The officer said Fallow appeared quite nervous and had “a scared look about him.” The man was still overly talkative.

Bodine informed Fallow of his observations and asked him if he was nervous and Fallow replied, “No.”

Fallow was then given a time estimation test. He was asked to estimate when 30 seconds had elapsed but only nine seconds elapsed when he said the 30 seconds had passed. He reasoned his failure was due to that he had begun counting before Bodine told him to start. The officer said he very specifically told Fallow not to start his time estimation until he was instructed. On the second try, Fallow estimated the 30 seconds when only 16 seconds had elapsed. He again told Bodine he had started counting prior to the officer telling him to start. 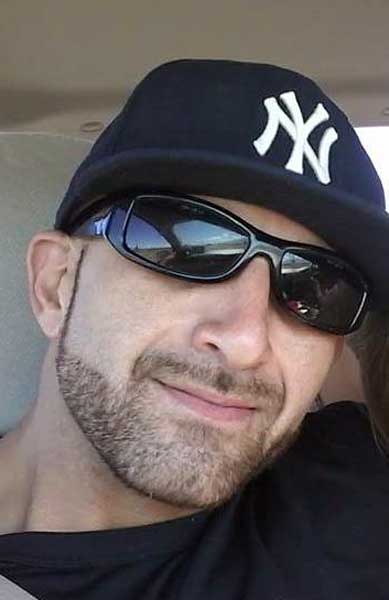 The officer, pointing to a straight white line in the parking lot, next asked Fallow to walk a straight line putting one foot in front of the other. Fallow lost his balance and stumbled four times while attempting to walk the line.

Bodine said in his report that Fallow told him, “I feel like you’re trying to trick me” and added he did not trust Bodine.

The officer told Fallow he was under arrest and placed him against his patrol vehicle’s hood. That was when the real trouble started.

As Bodine began handcuffing Fallow, he quickly turned around, grabbed one of the cuffs and attempted to spin around on the officer. Due to his rapid movement the officer was only able to apply a full Nelson on Fallow. He dropped to the ground with the officer on his back but began lifting up himself and the officer. Fallow is 5’8” and weighs 185 lbs. He later would admit to having smoked methamphetamine prior to being stopped by Bodine.

During the struggle Fallow freed his hands and Bodine again applied a full Nelson. Bodine noted in his report that he was not able to reach his portable radio to call for backup as that would have meant having to let go of Fallow. As the struggle continued, Bodine used his forehead to butt the back of Fallow’s head, which allowed the officer to gain somewhat better control.

Sometime during the struggle, Bodine said a “concerned citizen” came to the scene and began yelling at Fallow to obey the officer’s commands. The citizen also offered to help Bodine. It was then that Fallow ceased struggling and was handcuffed and taken into custody. He was read his Miranda Rights, said that he understood them and was then transported to the Greenlee County Jail.

During an interview at the jail, Fallow reportedly said he had smoked meth prior to being pulled over by Bodine. He said he had been on his way to sell some of the meth he had on him. He also reportedly told officers that he is a drug dealer.

There were 10 plastic baggies found in Fallow’s vehicle. Six of them had a white powdery substance and four contained marijuana, apparently all packaged for sale. Fallow said a baggie of cocaine also found in his possession was a gift from someone and he does not deal that drug.

Fallow is hardly a stranger to local law enforcement and the Greenlee County Superior Court system.