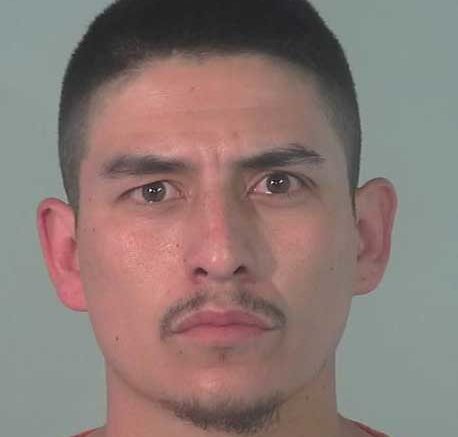 SAFFORD- For the want of a blinker, the police caught the perp.

On Monday, Juan Legarda was stopped for a traffic violation, where he traveled across multiple lanes without using his turn signal or using hand signals. An officer was patrolling the area of Highway 70 and 20th Avenue when a white Ford station wagon moved through multiple lanes without signaling. The officer activated his emergency lights, and the vehicle pulled into the Walmart parking lot but didn’t stop completely.

According to the report, Legarda tried to get out of the vehicle but the officer told him to remain inside his vehicle. While the officer was waiting for dispatch to run a check on Legarda’s records, Legarda kept reaching around in his vehicle.

According to the Safford Police report, Legarda had to be told four different times to keep his hands on the steering wheel. The officer believed that the movements of Legarda’s hand meant that he was attempting to restart the vehicle. To stop Legarda from driving away, the officer placed his hand on Legarda’s arm to keep him from starting the vehicle. However, Legarda was allegedly having extreme mood swings. He started crying, and still would not follow the officer’s instructions to keep his hands on the wheel.

At this time, dispatch confirmed that Legarda had two outstanding warrants for his arrest, and that his lisence was suspended. The officer told Legarda he was under arrest, and Legarda tried to pull his arm away from the officer. The officer opened the door to the car and pulled Legarda to the ground to prevent him from trying to run away on foot.

Supporting officers arrived at the scene and helped secure Legarda in hand cuffs. When Legarda was searched, officers found tinfoil with a dark chunky substance inside. Officers believed the substance to be heroin. Legarda said the substance belonged to a friend.

The officers completed their search of Legarda’s car before it left the walmart parking lot. They found one more tin foil wrapper with burn residue, two cut straws with residue, and a rolled up piece of tinfoil in a cup. Officers believed that the cut straws were used for ingesting illegal drugs such as heroin. Officers opened up a tinfoil package, and found a white crystal substance that was confirmed to be meth.

Legarda was booked into jail on his two previous warrants, multiple possession charges, and aggravated DUI.