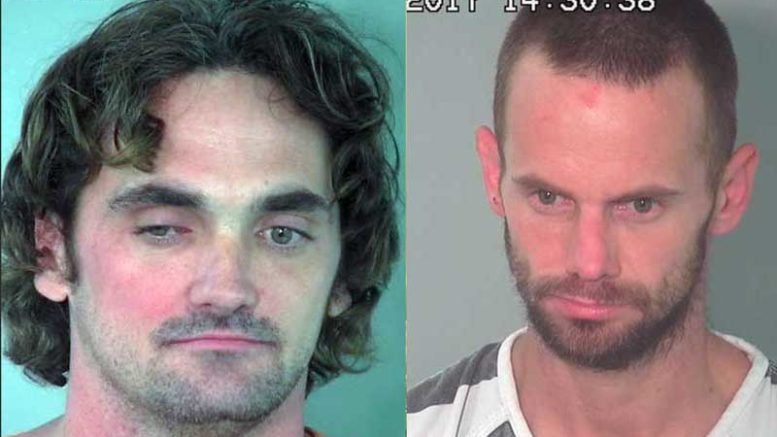 Contributed Photo/Courtesy GCSO: From left, brothers James and Jerry Morris were booked into jail for disorderly conduct after having an animated argument over drugs. 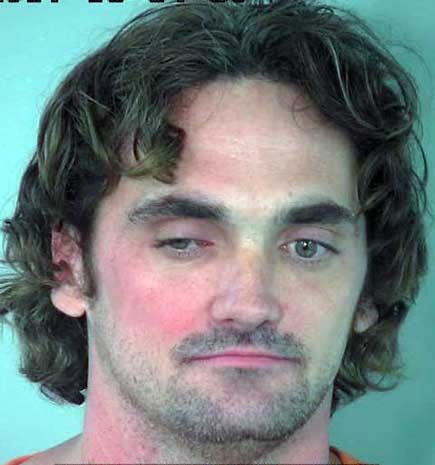 Brothers James Scott Morris, 40, and Jerry Lee Morris, 33, were both arrested and booked into the Graham County Jail on Monday, Nov. 13 for disorderly conduct/domestic violence after the pair were witnessed arguing with each other in a destructive manner. The argument was allegedly over drugs.

An officer was dispatched to 909 S. 3rd Avenue at about 8:54 a.m. after people outside the residence advised they could hear two men yelling at each other. As officers approached the house, they could hear yelling and items being thrown and broken.

Both men were found cursing at each other and then proceeded to curse at the officers as well. Jerry was found holding a handful of bread and a jar of mayonnaise that he refused to let go. He was eventually led out of the house in handcuffs.

James said he and Jerry had a verbal confrontation regarding a drug-related conversation and that Jerry had gone after him with a crowbar and a frying pan. The men then appeared to have thrown various kitchen items at each other. A third occupant in the home said they had been arguing since 8 a.m. and said it had disturbed her peace. A cut piece of tin foil with apparent drug residue was found near a coffee table, but nobody claimed possession. 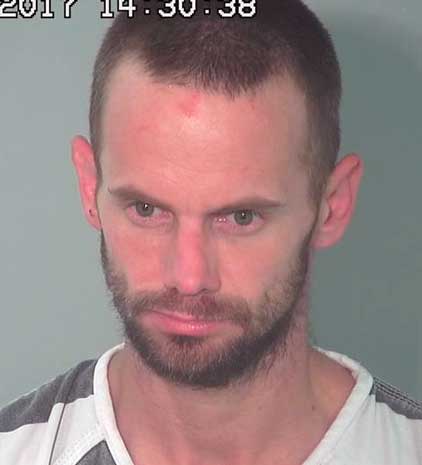 The officer also noted that Jerry appeared to be under the influence of some sort of stimulant as displayed erratic speech and continued to scream about unrelated issues while being taken into custody.

While being processed at the jail, Jerry continued being uncooperative and had to be placed in a restraint chair.

The brothers are no stranger to law enforcement and have had numerous charges levied against them, including shoplifting, possession of drug paraphernalia, assault, and more.

James Morris was also booked in on a warrant from a previous incident in September in which he is facing assault/domestic violence and disorderly conduct charges. At that time, James had to be pepper sprayed before complying with officers’ demands.

The charge is the second disorderly conduct offense for Jerry Morris this month, who was also arrested in October for entering his neighbor’s residence and stealing beer out of the refrigerator.

A third brother, Jason Lee Morris, 37, was in court Thursday to answer a petition to revoke his probation for failure to register as a sex offender and possession of a dangerous drug (methamphetamine) for sale, possession of marijuana and possession of drug paraphernalia. His hearing was continued to Dec. 6 at 1:30 p.m.

Officer assaulted by man admitting to be drug dealer