SAFFORD – Officers in the city and elsewhere were kept busy clearing the streets of allegedly inebriated drivers over the new year’s holiday.

Safford’s haul began Dec. 30, when 20-year-old Heath Motes was given a citation for an underage alcohol violation and released.

According to a police report, Motes was northbound on 1st Avenue at about 11:42 p.m. when he veered into the turn lane for roughly 50 yards.

The officer performed a traffic stop and noticed the odor of alcohol on Motes’ breath. Motes twice denied drinking any alcohol, but, after he failed a field sobriety test with six clues of impairment, he allegedly admitted to “having a few.”

Motes breath-alcohol concentration was recorded at .13 percent, which would have been over the threshold for a standard DUI if it had been his blood-alcohol concentration. However, the officer did not require Motes to submit to a blood draw and portable breath tests are not admissible in court, so the prosecution will only have the field test and officer testimony if Motes is charged with a DUI.

Instead, Motes was given a citation for having alcohol in his body while being underage and was allowed to leave the scene with his original passenger, who did not show any signs of alcohol use, driving his vehicle.

A few hours later, the same officer got his second catch of the night while responding to a possible domestic situation.

While en route to the call at about 1:40 a.m., the officer was informed by the reporting party that the suspect, Steven Dominguez, had loaded his children into a car and left the residence while being inebriated.

The officer caught up to Dominguez’s vehicle, a black Chevrolet Volt, that was eastbound on 12th Avenue and performed an emergency stop.

Upon contact, Dominguez showed several signs of being under the influence of alcohol and his two children, ages 4 and 8, were located in the rear of the car.

Dominguez refused to take a portable breath test and was placed under arrest for aggravated DUI and the children were taken from the scene by a family member. During an impound inventory, an opened case of beer was located in the back seat as well.

After initially consenting to a blood draw, Dominguez refused and requested to speak to his attorney. While the officer drew up a warrant for Dominguez’s blood, the suspect was allowed to call his attorney in a private room. After speaking with his attorney, Dominguez voluntarily consented to the blood draw and was taken to Mt. Graham Regional Medical Center (MGRMC) to do so. Afterward, he was given a ride to the Comfort Inn and released pending the lab test results of his blood sample. 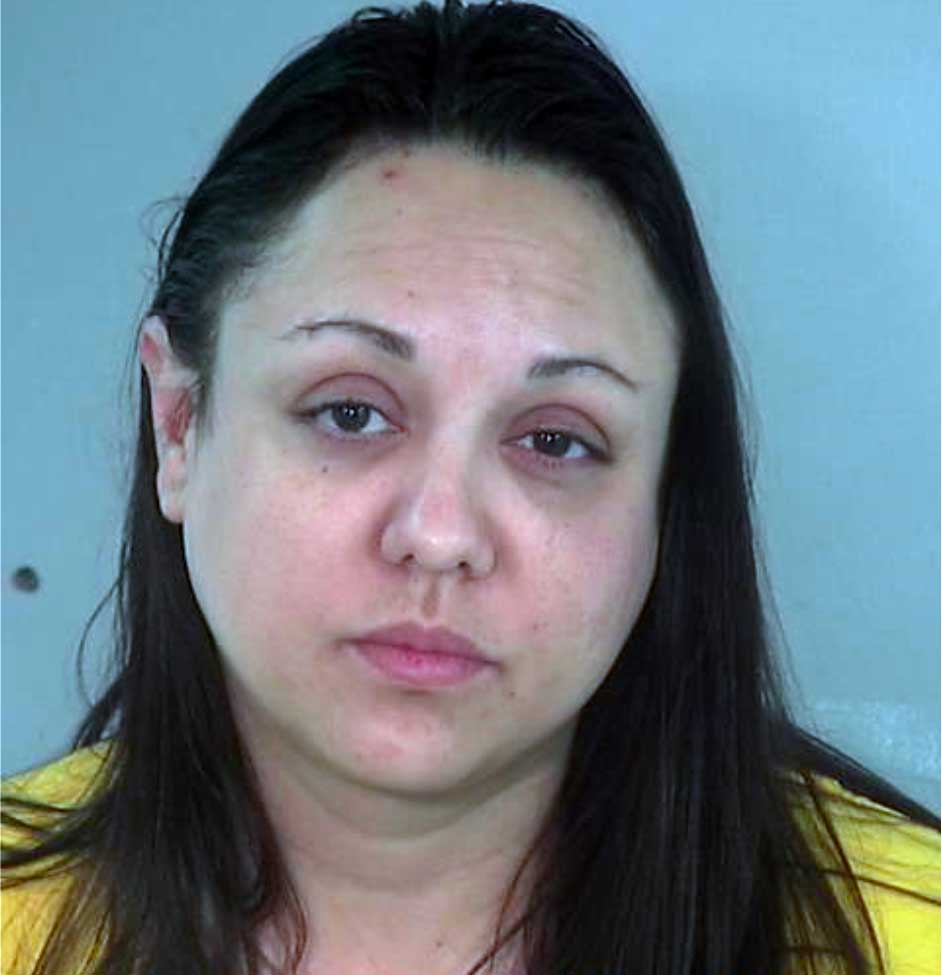 Contributed Photo/Courtesy GCSO: Martha Bryce was one of a number of DUI’s over the holiday.

The next call involved an automobile collision as an alleged drunk driver reportedly ran a stop sign at the intersection of 8th Avenue and El Paso Street and collided into a family in a Chevrolet Suburban.

Officers were dispatched to the scene at about 3:33 p.m. on New Year’s Day. Witnesses and victims said a gold Ford Ranger, driven by Ashley Jones, failed to stop at the intersection and collided into the SUV. No injuries were reported.

The victims and witness also stated they saw Jones throw some sort of beverage from her vehicle after the crash. Authorities later found a 32 ounce beer can in the area where Jones allegedly threw the beverage.

Jones reportedly admitted to having “one tall boy” that day and said she threw the can out because she was scared.

After failing a field sobriety test, Jones voluntarily submitted to a blood draw at the Thatcher Police Department. She was then given a ride to her residence and released pending lab test results of her blood.

The last Safford-involved DUI over the holiday actually occurred at about 1:04 a.m. on Jan. 2 and also involved a disturbance.

According to an off-duty officer who was working nearby, the disturbance escalated to the point where some of the women involved began damaging a vehicle.

Witnesses at the scene later informed officers that Martha Bryce, 37, showed up uninvited and caused a disturbance. A couple and another woman then went inside the residence to avoid trouble and then heard a loud noise outside where Bryce had apparently used a shovel to smash the man’s windshield on his car and made several other dents. The woman then got into the car with Bryce in an effort to get her to leave. Damage to the car was estimated at more than $1,500.

While en route, officers were notified that Bryce had left the area in her car. Officers located Bryce’s vehicle on 10th Avenue and performed a traffic stop as she continued onto Relation Street.

Upon contact, the officer noted Bryce showed multiple signs of intoxication. Bryce said the whole situation was blown out of proportion and that she was just trying to help her friend and friend’s sister leave the residence.

The officer was then notified by County Dispatch that Bryce’s driver’s license was suspended and restricted for use only with a vehicle that had an interlock device. The interlock devices will not allow the vehicle’s engine to start until a breath sample with no traces of alcohol is blown into the device. Bryce’s car was not equipped with such a device.

After failing a field sobriety test and not being able to complete a portable breath test, Bryce’s vehicle was impounded and she was placed under arrest for aggravated DUI. Bryce then voluntarily submitted to a blood draw at MGRMC and was booked into the jail on a charge of criminal damage regarding what had happened to the victim’s car at the residence.

The Arizona Department of Public Safety also made several arrests and booked a number of people into the Graham County Jail over the holiday.