GRAHAM COUNTY – A man nearly lost his arm when the Polaris utility vehicle he was riding in rolled over Monday afternoon. The operator is under investigation for driving while under the influence of alcohol or drugs. 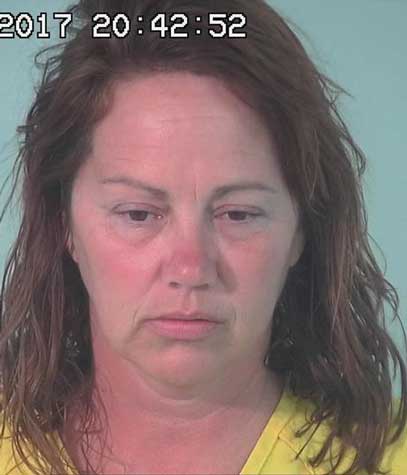 Graham County Dispatch received a call regarding a single-vehicle rollover at about 1:41 p.m. on Monday. According to a Sheriff’s Office news release, the Polaris was eastbound on Golf Course Road when it went off the shoulder. The vehicle then came back onto the roadway, crossed both eastbound and westbound lanes and rolled over, finally stopping on the northern side of the road’s dirt shoulder.

Passenger Steven Prophet, 46, of Pima, was found with a severely injured right arm. Prophet also suffered a head injury and was transported by ambulance to Mt. Graham Regional Medical Center. He was then airlifted to Banner-University Medical Center Tucson, where he was listed in critical condition.

A 7-year-old boy was also in the Polaris at the time of the crash. He was examined by paramedics at the scene and released with no injury. He was later taken home to his family.

The driver, Kristen Blan, 44, of Pima, was not injured and was found to have a warrant for her arrest regarding nonpayment of probation fees stemming from a disorderly conduct/domestic violence charge. She also has on ongoing case in Cochise County regarding possession of a dangerous drug for sale, possession of drug paraphernalia and promoting prison contraband. Blan was booked into the Graham County Jail on her warrant with additional charges regarding the crash and driving under the influence to be reviewed by the Graham County Attorney’s Office.