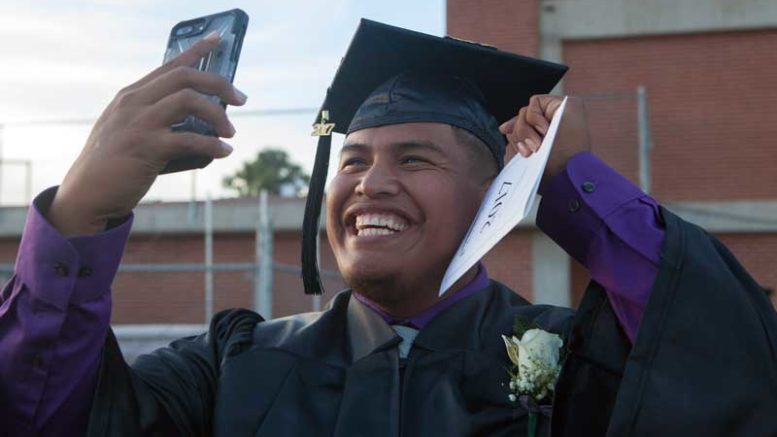 Contributed Photo/Courtesy Todd Haynie: 'I did it!' Trevor Chapman exclaims his delight to his family via Facetime. EAC graduated its largest class to date Friday night.

THATCHER – With tearful goodbyes and grateful sentiments, the graduating class of 2017 sparkled in the making of history Friday night during Eastern Arizona College’s 128th annual commencement,. 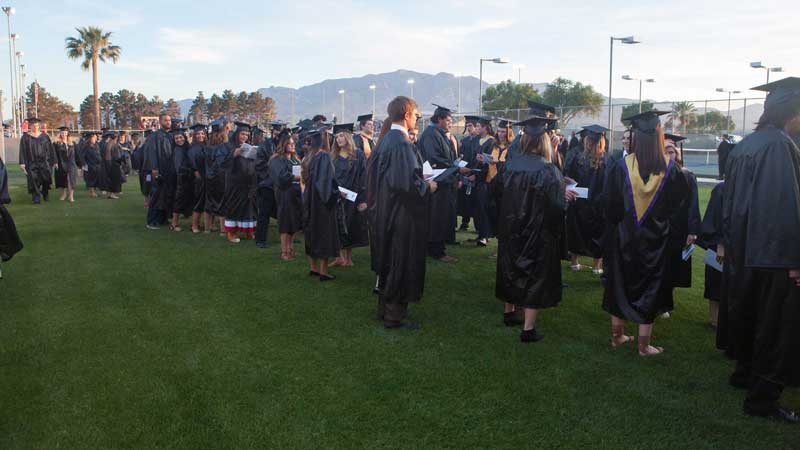 The latest Eastern Arizona College (EAC) graduating class broke record numbers with 610 graduates. While this new record was a matter of cheer and pride to the EAC faculty and students, the graduating ceremony also bid a fond farewell to retiring art department chair, Kenny Rhodes. 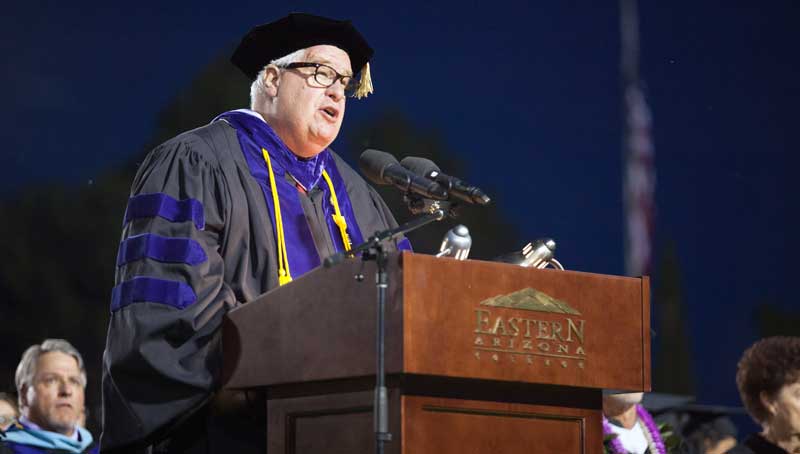 After performances by the EAC Symphonic Band and acknowledgments by EAC President Mark Bryce and President of the EAC Alumni Association, George Lord, Kelsey Traylor addressed the audience as the representative of the graduating class.

Traylor graduated with an Associate of Applied Science in Small Business Management and an Associate of Business, all the while retaining a 4.0-grade point average. Living in Pima with her husband, Ty Traylor, they own two businesses, Traylor’s Trailers and Metal Mite Recycling. 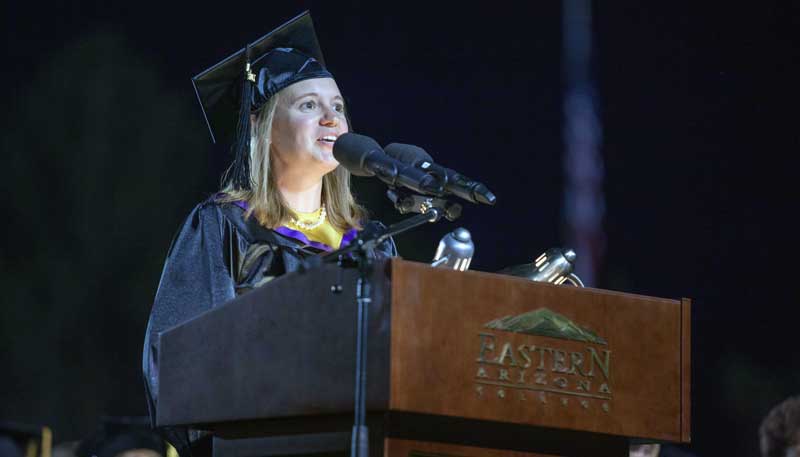 After thanking the audience and faculty for their support during the time of the classes’ education, Traylor said the cumulation of the classes’ accomplishment was based on small choices.

“On behalf of the 2017 graduates, I would like to start by saying thank you,” Traylor said. “Each of us here tonight has completed a great accomplishment. Some of you will continue on in formal education and earn higher degrees; others of you have seen all you have wanted with textbooks, papers, quizzes and tests. For the rest of us, we are still not quite sure what we are looking for, and we might just be back for something else. You never know, but for us being here, tonight is the culmination of hundreds of little steps. A few of these steps may have included staying up late to study for a test or to finish a paper (or) choosing to get up when the alarm goes off just to make it to class on time.” 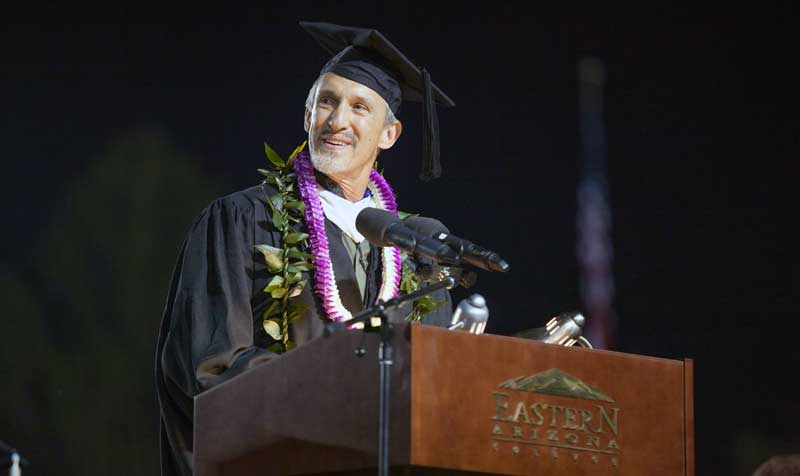 Retiring Art Department Chair, Kenny Rhodes, opened up about his childhood pulling weeds in cotton fields and bucking hay in the summertime. Wanting to give the audience a lesson to remember that was different from graduations prior, Rhodes also gave the attending audience an art history lesson. He told the story of the illegitimate son of a maid and a nobleman artist 500 years ago, who was faced with the difficult challenge of a gaining an education because of his birth. The child would grow to become considered as one of the greatest painters in history and the father of paleontology, architecture, and ichnology (a branch of geology and biology). The artist was named Leonardo da Vinci.

“This man who was born without privilege created some of the greatest works in the history of art,” Rhodes said. “Never let your circumstances define your success. One of the lessons that I learned a long, long, time ago when I was on our little family farm (was) that hard work can overcome big deficits. Hard work can make the ordinary become extraordinary. I want to say congratulations to this graduating class. I thank you so much for being part of my journey.”

Todd Haynie contributed to this article