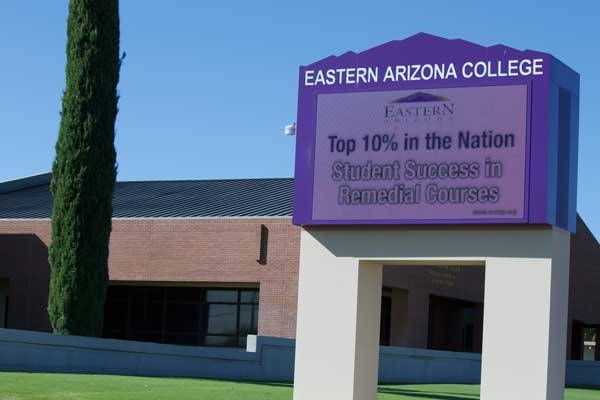 Jon Johnson File Photo/Gila Valley Central: A man allegedly threatened another man with a gun near EAC's campus and then hid the weapon on school grounds.

THATCHER – With nationwide shootings at a variety of institutions, including colleges, authorities are quick to ensure the public’s safety when it comes to dealing with an alleged threatening person with a firearm.

Marcel Tsosie, 25, was booked on aggravated assault, drug and weapon charges after allegedly threatening a man with a handgun near the Eastern Arizona College (EAC) campus, Sunday.

According to the victim’s statements to police, he encountered Tsosie while the suspect was riding his bicycle around the college yelling profanities. The victim said Tsosie began to be combative with him and lifted up his shirt to reveal a handgun in his waistband in a threatening manner. The victim then retreated into a store and notified the clerk of the situation, who called police. 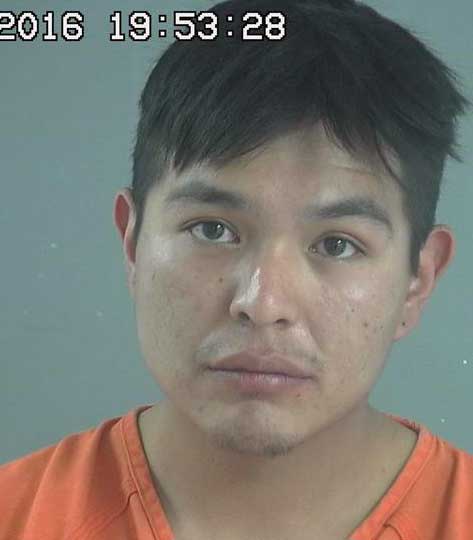 Upon arrival at the campus, officers located the suspect near one of the basketball courts. As officers approached, Tsosie attempted to flee on his bike, but was stopped, according to a Thatcher Police report.

Tsosie denied having a gun and said he never threatened the victim and only had a socket wrench on him. The officer later walked over to where he had first seen Tsosie and located a black Taurus .357 Magnum revolver on the ground on the other side of a wall Tsosie was leaning against. The gun was positively identified by the victim.

The officer also noted it appeared the revolver had been recently fired and that the spent round was a .38 Special. The gun was still loaded with three .38 Special rounds and two .357 Magnum rounds.

Tsosie later acknowledged the gun belonged to him but denied threatening anyone with it. The officer informed him that EAC is a weapons-free campus and that he is not allowed to bring a gun onto school grounds.

The officer then spoke with Tsosie’s 21-year-old niece who was also riding around campus on her bicycle with Tsosie. She said she saw Tsosie and the victim arguing and that Tsosie lifted up his shirt to display his handgun. At that point, she said she heard the victim say he would “shove that gun up his (expletive deleted).”

The niece was informed Tsosie was going to be taken into custody and asked if she could get his keys from him so she could retrieve items from his house. Tsosie allegedly agreed, and when the officer retrieved the keys he located a silver cylinder on the key ring that contained marijuana.

At first Tsosie denied the keys were his, then he said the keys belonged to him but not the silver cylinder, which he said was attached to the ring when a friend gave him a key to a padlock. However, he advised he was aware there was a “bowl’s worth” of marijuana inside.

Tsosie was then placed under arrest and booked into the Graham County Jail on charges of aggravated assault with a deadly weapon, misconduct involving weapons, possession of marijuana, possession of drug paraphernalia and two counts of disorderly conduct.