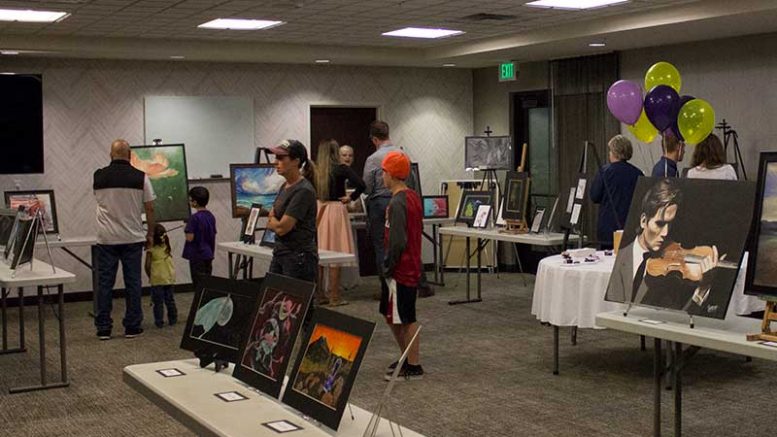 THATCHER – It was Pablo Picasso who said that every child is an artist.

On Thursday, the public was invited to the sixth annual Art Night Show at the SpringHill Suites by Marriott at 2855 W. U.S. Highway 70 in Thatcher. The contributing artists were mostly Eastern Arizona College (EAC) senior art students. However, several EAC teachers contributed as well. Money raised from donations will be used to purchase art supplies, which will be donated directly to local classrooms.

Lori Innes, general manager of the SpringHill Suites, said the event’s attendance benefitted by being held in conjunction with the Graham County Chamber of Commerce’s mixer. The event raised more than $700 for art supplies for qualifying schools.

“This is our biggest event by far because we’re also doing it with a chamber mixer and a grand reopening because we just remodeled,” Innes said. “We’ll actually raise money all year long. This is kind of a big one . We’ll probably do another one with school art, but this is the main one we’ll do this year.” 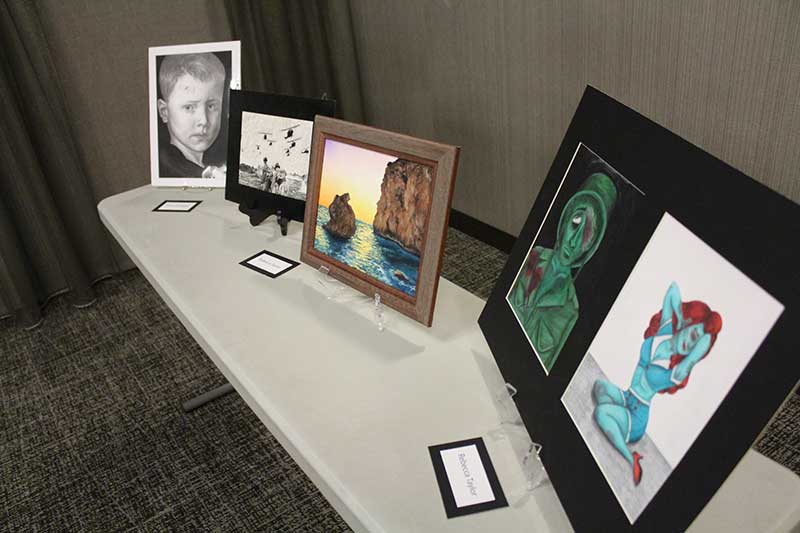 Brooke Curley Photo/Gila Valley Central: Local art was on display at the show.

According to the United States Department of Education, music and visual art are widely available in some form. However, six percent of the nation’s public elementary schools do not offer specific instruction in music and 17 percent offer no music or visual arts education. Another report utilizing statistics released by the National Center for Education (NCES) noted the observance of an equality gap. Students who are disadvantaged economically do not usually receive the same experience as students who are better off financially. Nevertheless, if anyone missed the art night, Innes says that there is still a chance to contribute to the cause.

“Just contact the desk at the Marriott and they can donate as little or as much a they want,” Innes said. “We build up those funds all year.”

At the end of the year, SpringHill Suites will turn the collected funds to marriot.com. After this, supplies are distributed to the local schools who qualify for the program.

“To qualify, they have to have a percentage of their students in the low or free lunch program,” Innes said. “So, it tends to be the schools that are more in need financially that benefit from the supplies.” 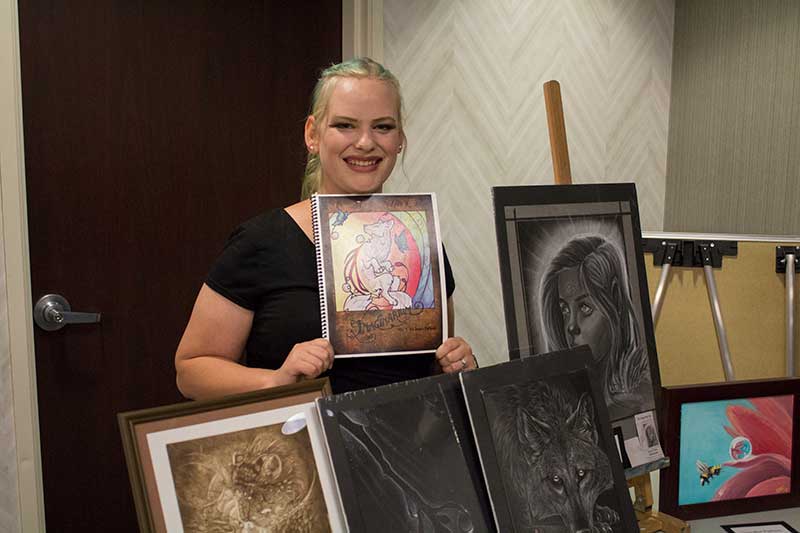 This year’s Job Fair a hit with a twist