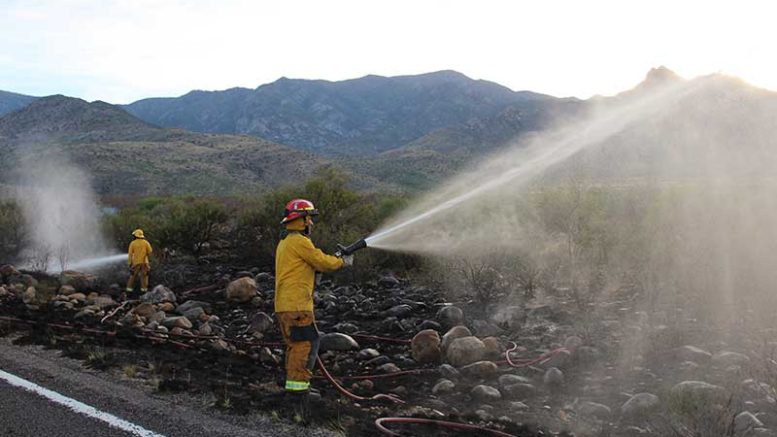 Brooke Curley Photo/Gila Valley Central: A firefighter wets down a wild land fire along the side of SR 366 (Swift Trail) on Friday.

Cause of fire unknown but believed to be mechanical

After battling a fire at Arizona State Prison-Safford Fort Grant Unit that went into early Friday morning, the Safford Fire Department was at it again Friday night. This time the it was a series of wild land fires along State Route 366 (Swift Trail), which, coincidentally, is where the Federal Corrections Institute-Safford also is located. The burning area was in a long straightaway at the base of the entry to Mount Graham.

Multiple fire crews, including Hot Shots and crews from the Bureau of Land Management, State Land and the U.S. Forest Service, responded to the scene at about 5 p.m. and helped knock down the fires before they spread. Safford sent out two engines and a tanker, which is the norm for when it battles a wild land fire. The crews were cleaned up and finished by about 7:30 p.m. 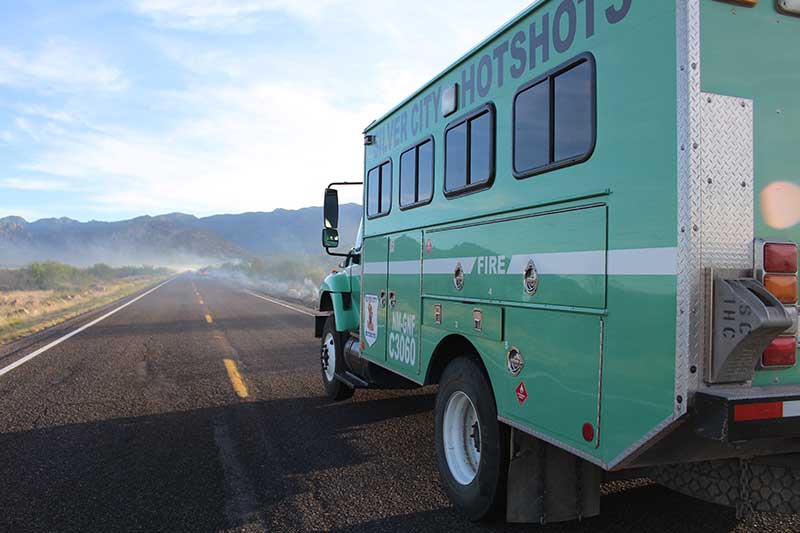 Brooke Curley Photo/Gila Valley Central: A Hot Shot crew and multiple agencies joined to knock out the fire before it spread away from hose distance.

“We all work really well together, so that was good to see,” Bingham said.

The flames were located along the side of the road and were spread out between a half-mile to three-quarters of a mile, according to Safford Fire Chief Clark Bingham, and appeared to be lit by some sort of mechanical failure or sparks from a chain that possibly was dragging along the asphalt. After a wet winter and dry spring, all the growth that occurred has dried out, creating tinderbox conditions highly conducive to fire. 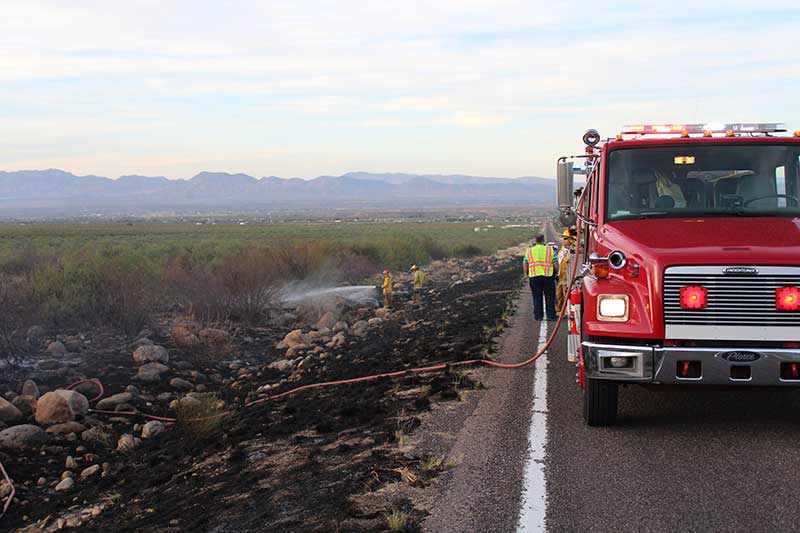 Brooke Curley Photo/Gila Valley Central: Firefighters ensure the burned area along the side of the road is fully extinguished.

While it has been windy and other fires in Arizona recently exploded into thousands of acres while being wind-assisted, the conditions to fight the brush fire Friday night were favorable.

“The wind wasn’t blowing too terribly bad; it wasn’t too hot, so we kind of lucked out on this one,” Bingham said. “It was not as bad as it could have been.” 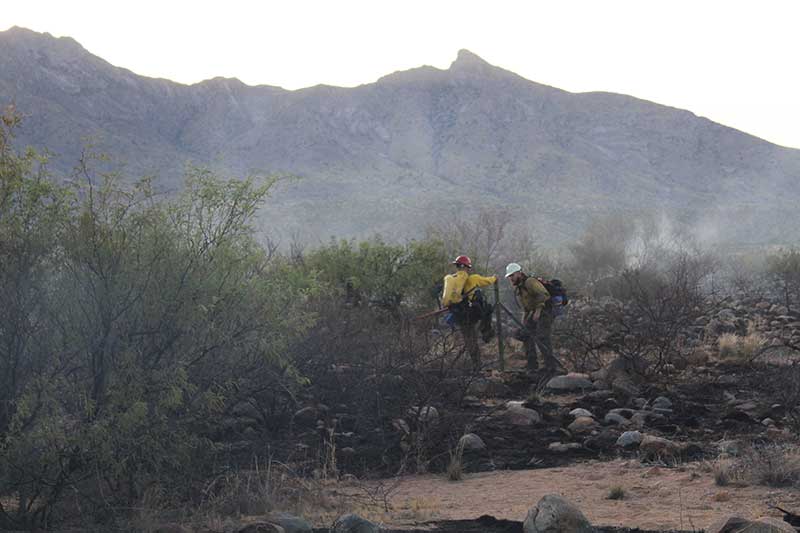 While possibly best known for battling structure fires in the city the Safford Fire Department also has extensive experience with wild land fires.

“We’ve fought a lot of brush fires over the years and that helps us learn the dos and don’ts,” Bingham said.