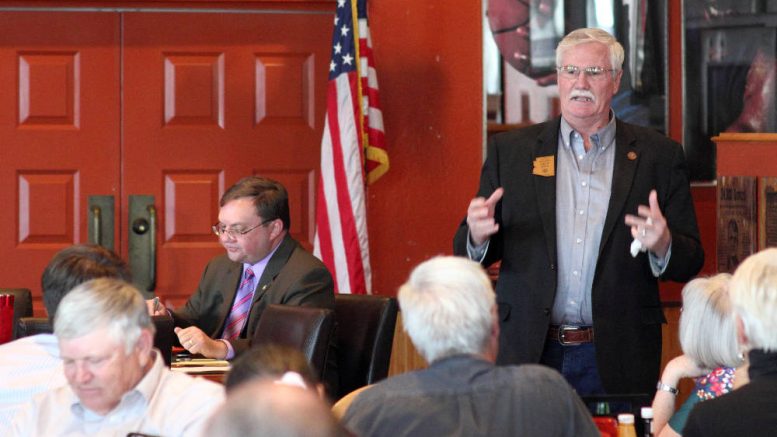 Eric Burk File Photo/Gila Valley Central: State Rep. Drew John, R-Safford, has been named Freshman of the Year by the Arizona Chamber of Commerce and Industry.

PHOENIX – It’s been a roller coaster year for Graham County’s state representative, but Drew John, R-Safford, has come out on top, winning the Freshman of the Year award from the Arizona Chamber of Commerce & Industry and planning on becoming the district’s next state senator. 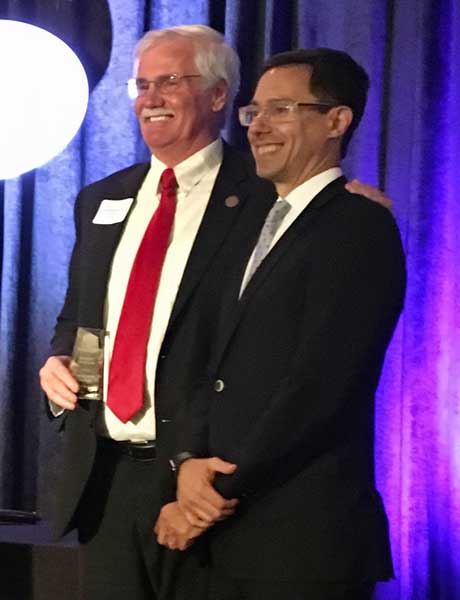 John received the acknowledgement at the chamber’s annual awards luncheon Tuesday. John was the Republican recipient for the award, with the Democrat recipient being Ceaser Chavez, D-Phoenix. John represents LD-14 and Chavez represents LD-29.

The Legislature ended in the middle of May after being in session for 122 days.

“My district did quite well,” John said.

While John received criticism for his vote expanding the school voucher system, he said while he is against vouchers he knew it was going to pass anyway and he felt it best to get what he could out of the governor and Legislature in the process of getting his vote. Additionally, he said the delay in the vote that he and others created, several amendments were passed to the bill that fixed most of the problems John had with it. 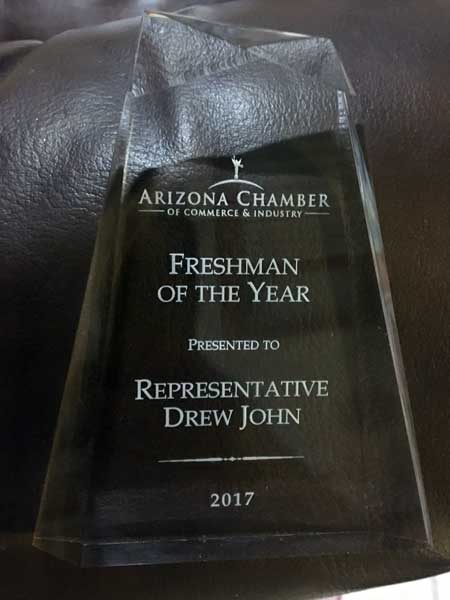 Contributed Photo: This is the award given to State Rep. Drew John.

John then met with Governor Doug Ducey the day of the vote and insisted on eight budgetary items before he would swing his vote. Some of those budgetary items include $2.6 million for rural schools, results-based funding for schools (which resulted in a $400-per-student increase for Solomon schools and a $250-per-student for Life Nelson Elementary school as well as increasers for schools in Vail and an elementary school in Sierra Vista), a 1 percent pay raise this year and next for teachers, $30 million in Highway User Revenue Fund money for the counties

“Even though I’m not a fan of ESAs and vouchers mainly because of the private school portion of it, it was going to go whether I voted for it or not in the end, so I consider it a win for public schools,” John said.

Additionally, despite what the Goldwater Institute may say, John said the delay in the vote caused the caps on the vouchers to return when they were set to expire in 2019 without the bill.

“It happened, I couldn’t stop it, but I felt I took a negative and turned it into a positive and got what I needed for counties and cities and public education the best that I could,” John said. “Now the work begins on making sure that we create the parity between the two programs.”

While he is just a freshman representative, John told Gila Valley Central that he will definitely be running for the state senate in 2018.

State Senator Gail Griffin, R-Hereford, is term limited and cannot run again for her seat. The term limit does not apply to the State House of Representatives, however, and she and John hope to simply switch seats. 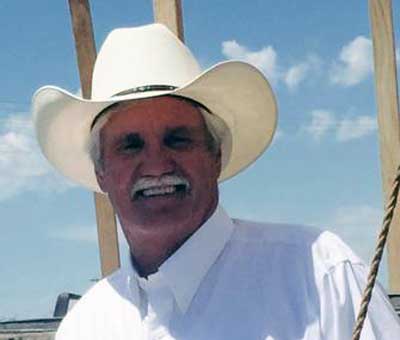 John said he called Griffin and asked if she wanted to retire or keep serving the community, and after she expressed her desire to keep serving and John discussed the situation with State Representative Becky Nutt, R-Clifton, John said the three would run together as a team on the same platform. All three serve in Legislative District 14, which covers Graham, Greenlee and Cochise counties and part of eastern Pima County.

John is expected to get a challenge in the primary from former State Representative David Gowan, who also served as Speaker of the House.

Gowan’s congressional run in 2016 was panned after he was accused of misuse of state assets and for banning the Capitol Times reporter who broke the story of the misuse from the House of Representatives’ building.

“I feel good about the decision because I think it was more important to keep Gail in the district because of the years she has in and the power she has as a legislator and her wisdom,” John said. “I’ll just run against David Gowan if he goes and completes his run. He ran for congress and dropped out. I’m not sure that he won’t drop out of this one either, but we’ll see . . . I’m just going to plug away and do the best I can and hopefully get in the Senate and keep our team together and keep going in the right direction.”