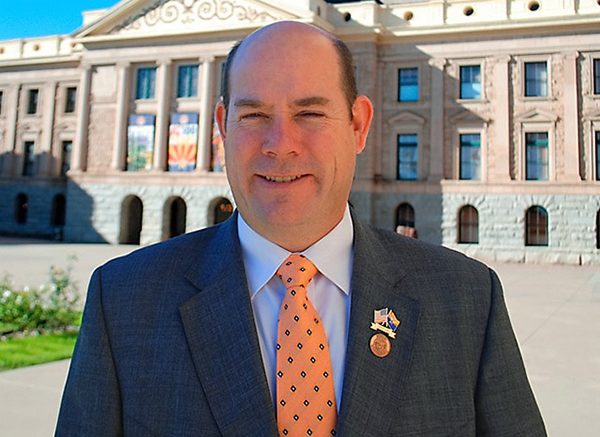 Gowan said in a statement that Kiehne is a solid conservative and the candidate who will be able to get enough support in the general election to win.

Gowan’s announcement comes too late for his name to be pulled from primary ballot, but his campaign consultant, Constantin Querard, said continuing the race would pull votes from Kiehne.

“The goal is to elect a conservative Republican who wins the seat in November,” Querard said. “You work your tail off and you end up with whatever, 10 percent of the vote, that’s probably something that a conservative could have used to win the primary.”

Querard said Babeu is considered the front-runner, but Kiehne has a chance to close the gap and win the primary. More importantly, he said questions about Babeu from his time running the sheriff’s office provide so much fodder for Democrats that choosing him as the GOP nominee will set up a general election loss.

Babeu dropped out of the race for a southwestern Arizona congressional seat in 2012 after he disclosed that he was gay amid allegations that he threatened a former Mexican boyfriend with deportation. He denied threatening the ex-boyfriend and successfully ran for re-election as sheriff. He also has faced inquiries about his allocation of surplus military gear and of seized cash.

But he also has backing from former Gov. Jan Brewer and other well-known Republicans and is well known as a backer of tightened border security.

The 1st District runs from Flagstaff to the New Mexico line and takes in much of eastern Arizona, including the Navajo Nation. It dips as far south as the Tucson suburbs.

Democrat Tom O’Halleran, a former Republican state lawmaker, is seeking to replace Kirkpatrick. He has a primary challenge from Democrat Miguel Olivas, who is severely underfunded. 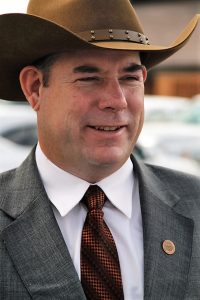 Gowan said in his statement that he was urging other conservatives to also get out and back Kiehne.

“Everyone has run a good race, we have a quality field of quality candidates, but it is time to face reality and rally to the conservative cause,” he said.

Gowan has served in the Arizona House of Representatives since January 2009. He became House Speaker last year, becoming the first person from Southern Arizona to hold that position in about 30 years. Gowan lives with his family in Sierra Vista.

After prayer and conversations with my family, I have made the decision to suspend my campaign for Congress and to endorse my friend Gary Kiehne in the Republican primary for Congress. I ran for Congress because I felt called to do my part to save the country that has given me so very much. I felt that a conservative Republican who understood the issues facing rural Arizona would be the best fit for this district. But winning this district means nominating such a conservative and, while I was glad to see that our media and grassroots efforts were having a positive effect on our numbers, the improvement was not coming fast enough to win. This race is not about me, and we can’t save the country if we don’t win.

For all of our various differences, what every other candidate in this race can agree on is that Paul Babeu must not be our nominee if we are to prevail in November. The baggage he brings to the race simply cannot survive the millions of dollars that the Democrats will bring to this race and we have no reason to believe that the Republican Party will spend millions of dollars trying to save such a lost cause, particularly not with so many other critical races going on around the country. Staying in the race, and taking conservative votes away from the rest of the field meant that not only could my campaign result in costing conservatives the nomination, but Republicans the seat in November. I could not allow that to happen.

From there my decision was easy. Every candidate polling this race knows that the candidate best positioned to stop Paul Babeu is Gary Kiehne. Gary’s a solid conservative and the candidate who will be able to coalesce enough support in the General Election to win this very important seat. I believe he will represent our district with honor, integrity, and the utmost commitment to conservative principles. So I am suspending my campaign, endorsing Gary, and will be encouraging all of my supporters to help Gary over the finish line. Further, I respectfully ask the rest of the conservatives in the field to both consider and make the same decision. It will be nothing to brag about to your grandkids how one time you finished 3rd in a primary for Congress, if you have to then explain what happened to our country after the Democrats won the seat and pushed their extreme agenda. Everyone has run a good race, we have a quality field of quality candidates, but it is time to face reality and rally to the conservative cause.