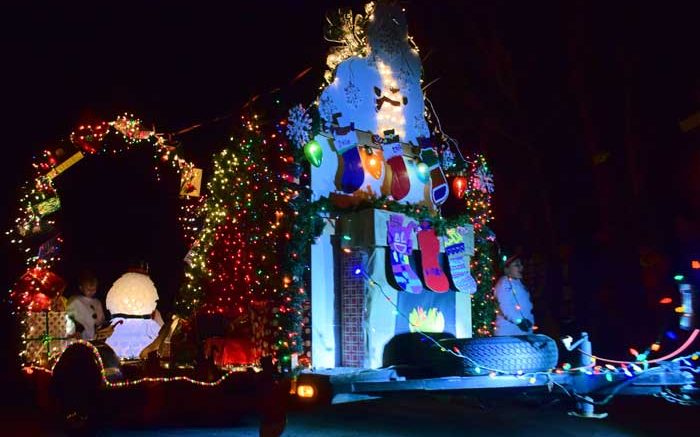 It was a beautiful day for the 20th annual Clifton Festival of Lights held Saturday, Dec. 3 on historic Chase Creek. Festival organizers say the sunny and warm day was very likely a key factor in the event drawing a record crowd. 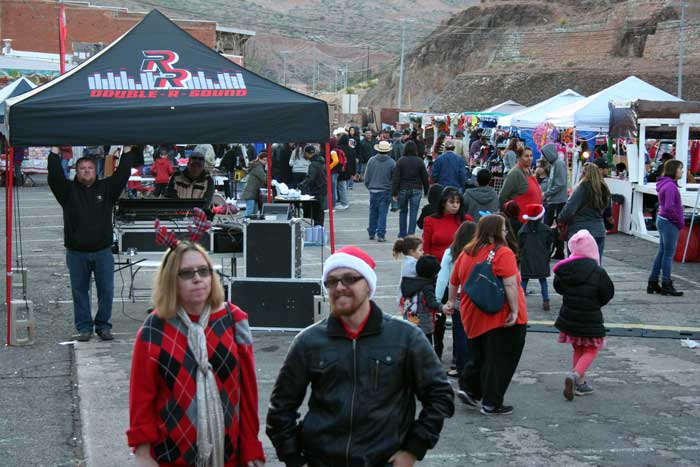 Photo By Walter Mares: The crowd mills about the street.

During the past few weeks, folks in Greenlee County dealt with days and nights made quite chilly by a constantly blowing wind. If not outright windy, a breeze blew strong enough to make things uncomfortable in the outdoors.

Festival day saw many people wearing shorts and T-shirts. “The weather was beautiful. We could not have asked for a better day. It was wonderful,” said Cecilia Jernigan, a Clifton Town Hall staff member. The town sponsors the annual event. “It was a good day – a very good day. It went off as well as could be expected.”

Festival celebrants’ motor vehicles lined Coronado Blvd. (U.S. Highway 191) all the way from the Old Clifton Train Depot to the U.S. Post Office, a distance of about three-quarters of a mile. Also, a town-owned parking lot, located across the highway from the festival and next to the Circle K convenience store, was jam-packed with vehicles.

A Clifton man who has attended all 20 of the festivals pointed out there were more vendor booths at which food was sold than ever before. The Morenci Lions Club, Clifton Fire Department, Sacred Heart Parish, Greenlee Democrats and the Mares Bluff Veterans Memorial Committee were among the many food vendors. The Clifton Fire Department offered the unique treat of roasted turkey legs. The Lions Club also offered hamburgers. 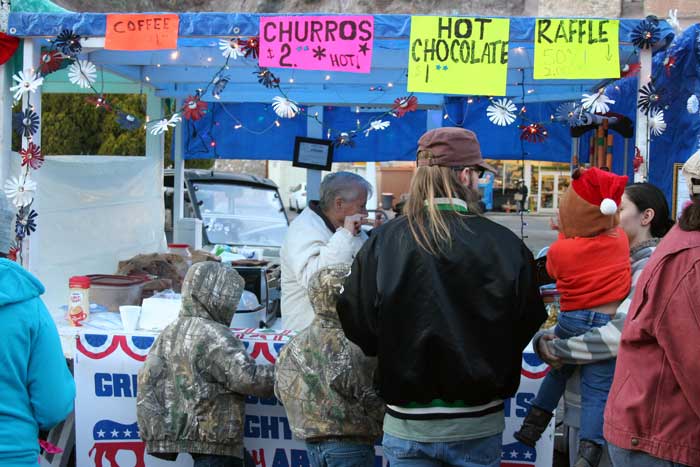 Photo By Walter Mares: There were plenty of vendor booths at the festival, including this one selling hot chocolate and coffee.

The Greenlee Democrats booth provided coffee and chocolate. The booth was manned by Shirley Randall and Susan Breen. They said business was good all afternoon, but when the sun began setting and a chill began setting in, they were swamped by those wanting a hot drink.

As the outdoor temperature dropped, the chill was evident as many hurried to their vehicles for sweaters and coats. As people returned, the festival site again became as crowded as it had been most of the afternoon. The crowd’s numbers swelled for the Parade of Lights, whose theme this year was “Christmas Through the Eyes of a Child.”

The parade began at 6:30 p.m. Entries included the Church of Jesus Christ of Latter-day Saints’ float, which emphasized the parade theme. 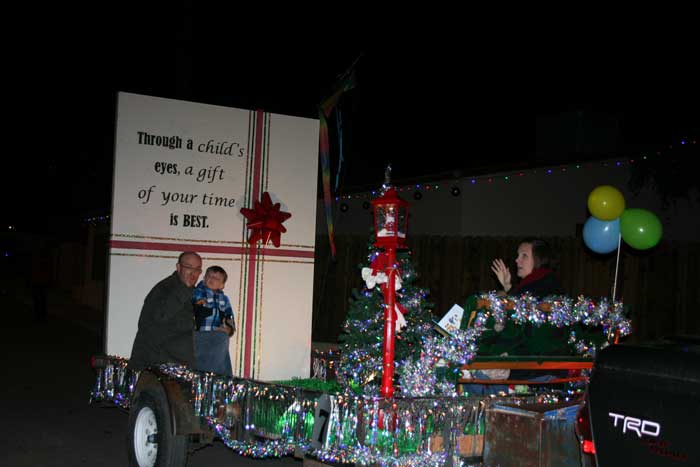 Photo By Walter Mares: The LDS Church’s float entry cruises down the street. The float emphasizes family unity and foresight by looking through the eyes of a child.

There were many “oohs” and “ahhs” as entries passed spectators. While some floats were more brightly lit and decorative, every entry was greeted with cheers and approval.

Soon after, the parade food vendors became quite busy, especially those offering hot drinks or food. By 7:45 p.m., the crowd began breaking up and headed for their vehicles and homes. Some no doubt went to the Clifton Social Club on Chase Creek to warm up and enjoy some dancing.

Many commented very positively on the live music provided all afternoon by the Black Hills Band, which includes Clifton Town Manager Ian McGaughey on bass guitar. 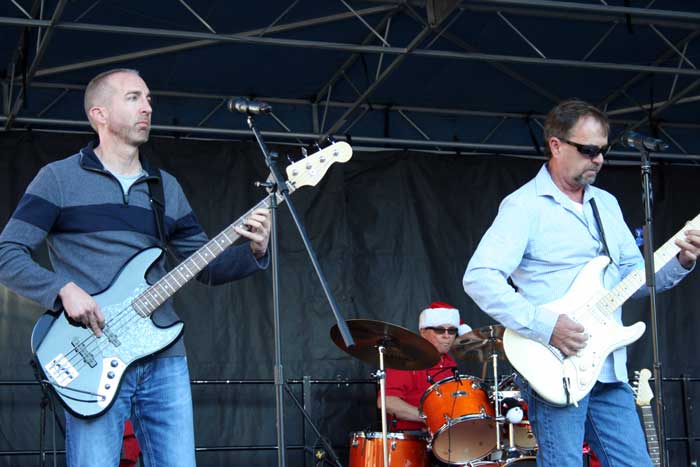 “I think people loved having a stage this year and having live music instead of having a DJ playing recorded music,” Jernigan said. The large stage was elevated so all could see the musicians.

There was more to the festival than what one witnessed at the center of Saturday’s action. Further up the street were inflatable slides and a bouncing castle. Any screams heard from the slides were those of kids and grownups enjoying the thrills that the steep slides provided.