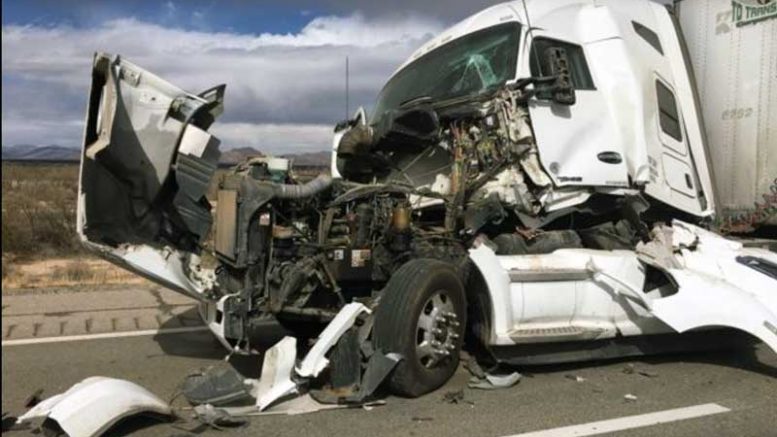 Contributed Photo/Courtesy DPS: This semi-truck was involved in a collision due to poor visibility during blowing dust on I-10 on Sunday. The dust and collisions forced the closure of the freeway.

COCHISE COUNTY – Blowing dust that was a factor in multiple crashes on Interstate 10 near San Simon closed the freeway for about four hours, Sunday, for the second time that week.

The interstate was shut down at U.S. Highway 191 and at Lordsburg, New Mexico, from about 1:30 to 4:40 p.m. Afterward speed restrictions were in place. There were three separate collisions, involving eight vehicles, according to DPS Public Information Officer Kameron Lee. The incidents resulted in only minor injuries. 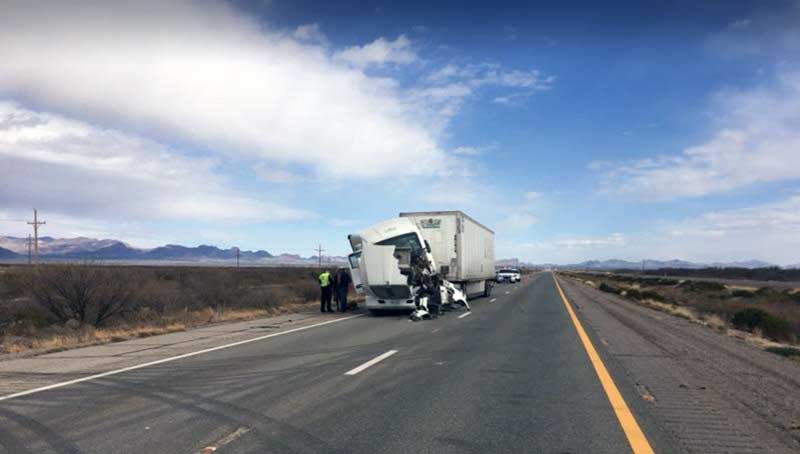 Contributed Photo/Courtesy DPS: Multiple collisions were caused by blowing dust on I-10 on Sunday.

The closure forced a detour route through Safford along U.S. Highway 191 and U.S. Highway 70 for both eastbound and westbound freeway traffic, congesting Safford’s streets for a second time that week. Blowing dust and multiple crashes in New Mexico on Thursday also shut down the same stretch of freeway for numerous hours into the evening. 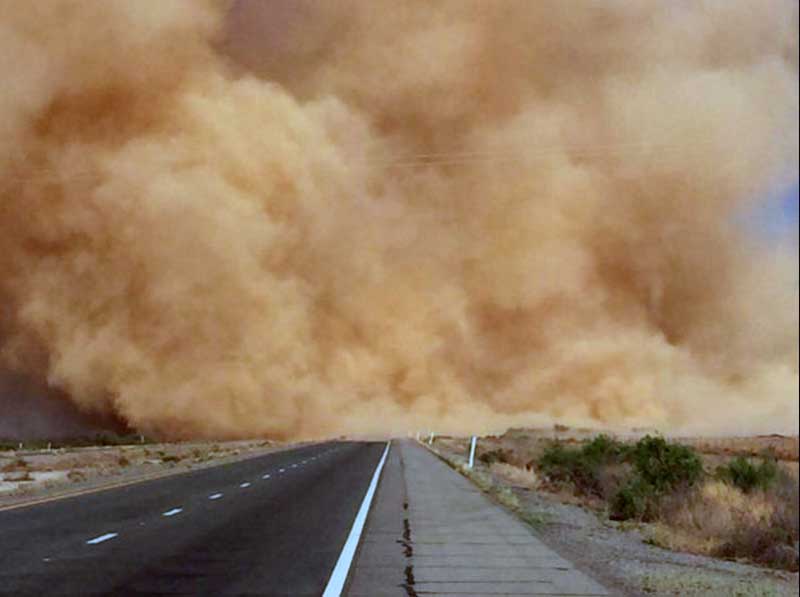 The main cause of the problem last year was a denuded field near San Simon owned by David R. Turner, who eventually agreed to cease any tillage of his land, water it and apps a chemical stabilizer to form a crust. Turner was slow to comply, however, and the state pursued penalties up to $10,000 per day.

Turner originally agreed to apply a “tackifier” to 320 acres of his land closest to I-10. Turner owns 640 acres in the area.

Multiple fatalities in 25-vehicle pileup on I-10