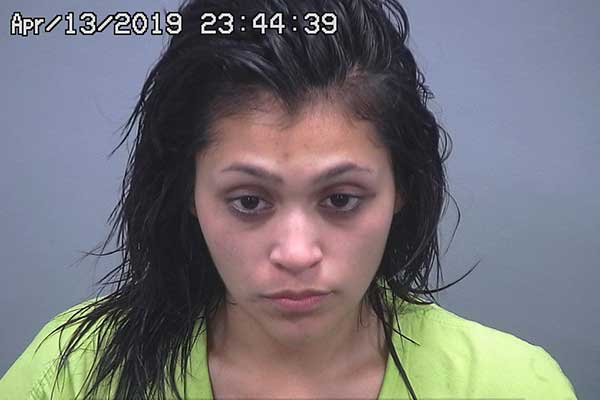 SAFFORD – Last Saturday night around 8:45 pm, an officer observed a female identified as Gabriella Cabrera who was known to have an outstanding felony warrant, walking down the sidewalk with another man and woman. When the officer stopped to speak with Cabrera, she began to cry and appeared to the officer that she might try to run. The officer handcuffed Cabrera and had her stay with him by his patrol vehicle as the other two people quickly walked away. Dispatch confirmed the warrant for Cabrera.

As the officer was handcuffing Cabrera, she told him that she had a pipe in her purse. When she was asked what kind, she reported it was a meth pipe, referring to it as a “G pipe.” When the officer searched Cabrera’s purse, two meth pipes with residue were found. The pipes were seized on scene and later transported to the Safford Police Department where they were secured as evidence.

While Cabrera was being transported to the Graham County Jail, she confirmed to the officer again that the pipes found in her purse were meth pipes, and that they belonged to her. Cabrera was booked for possession of drug paraphernalia and the warrant, which was out of Maricopa County Superior Court for failure to appear at sentencing and Theft of Means of Transportation.