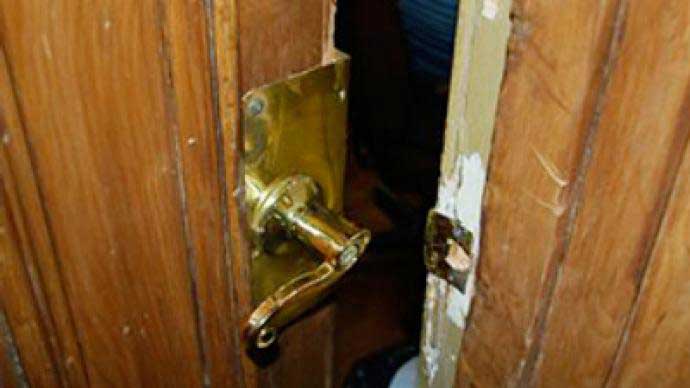 When authorities arrived they were told that the door to the apartment was locked and the apartment manager could not be located. An officer went to the apartment of the last known manager but was unable to make contact. The front window of the manager’s apartment was not covered and the apartment appeared to be vacated. Police tried to call an after hours contact but the call went straight to voicemail. The voicemail message requested callers send a text message if it was an emergency. The officer sent a message stating that he was a police officer dealing with a medical emergency and requested a call. Nobody called back.

During this time an officer spoke to the woman through a closed and locked window. The woman said that she was badly hurt and there was no way for her to get to the door or window to open it for the emergency personnel waiting outside. The woman’s condition seemed to deteriorate during the conversation. The woman told the officer that she was scared and needed help. She said that she was having trouble breathing.

A police sergeant arrived and was apprised of the situation. He also tried the emergency number with no contact or call back. At that point authorities forced the door open and emergency personnel were able to assist the woman inside. She reported that her jaw was dislocated and she was having trouble breathing due to COPD. The woman was transported to the hospital for further treatment.