Photo By Raymundo Frasquillo: Freshman Marcus Morales has the advantage over a Benson opponent earlier in the season at 106 pounds. Morales was one of nine Wildcats placing in the top five at the Show Low Invitational.

The Casey Woodall-coached Morenci wrestlers returned from the Land of Enchantment’s two-day 1st Conflict at Cleveland Meet with a ninth place finish and four individual placers Jan. 6. It was another step in the season-long preparation for the Feb. 3 state-qualifying sectional meet.

Morenci will host the St. Johns Redskins for a dual Tuesday, Jan. 9, head back to New Mexico for the Silver Triangular meet Wednesday, Jan. 10, and end the week in the Winslow-held two-day Doc Wright Invitational on Saturday, Jan. 13.

Two regular season multi meets remain for the Wildcats, in Thatcher Jan. 16 and in Globe Jan. 24.

Since the Wildcats (17-9) outscored four opponents by an average of 66-10 (263-39 points per dual) and posted a collective 25-4 (17 pins) overall record in head-to-head bouts in their season-opening multi-meet Nov. 29, they spent December competing near and far throughout the state.

Morenci has been honing individual skills, not only in its Padilla’s Pit practice facility, but also in meets at Mesa, Pima, Show Low, and Safford during last month.

Woodall has told the Wildcats since his arrival, he’s not concerned with individual records, rather, working hard and improvement with each match or session is expected. He has been pleased with the attitude, effort, work ethic, and improvement displayed by the Wildcats despite being unable to field a full team.

“Some are getting into situations they haven’t been able to get out of,” he said. That is exactly what the Wildcats work on in practice sessions, to counter and get out of next time the situation comes up.

Morenci joined ten New Mexico, five Texas, and two Colorado teams competing in a double-elimination format of 32-man brackets. The Wildcats had 12 entrants, minus 152 and 220, but got two others experience.

Vierra pinned Texas-El Paso Coronado senior Chris Barnes in the second period during the first round, decisioned Colorado Alamosa sophomore Austin Trujillo 9-2 in the quarterfinals, posted a 10-0 major decision over New Mexico La Cueva senior Derek Loidolt in the semifinal, and was decisioned 4-5 by Cleveland sophomore Gabe Garcia in the title bout.

Casillas decisioned Coronado senior Tony Ramirez 6-5 in the first round, notched a 15-0 technical fall over New Mexico Rio Rancho junior Jacob Vance in the second round, was pinned by El Paso Franklin sophomore Adrian Rodriguez in the second period during the third round, posted a 12-0 major decision over Vance in the consolation fourth round, decisioned Cleveland junior Santiago Marquez 6-4 in the consolation quarterfinals, advanced via a consolation semifinal injury to Cleveland senior Gabriel Roybal, and succumbed in a 0-12 major decision to Rodriguez during the third-place bout. 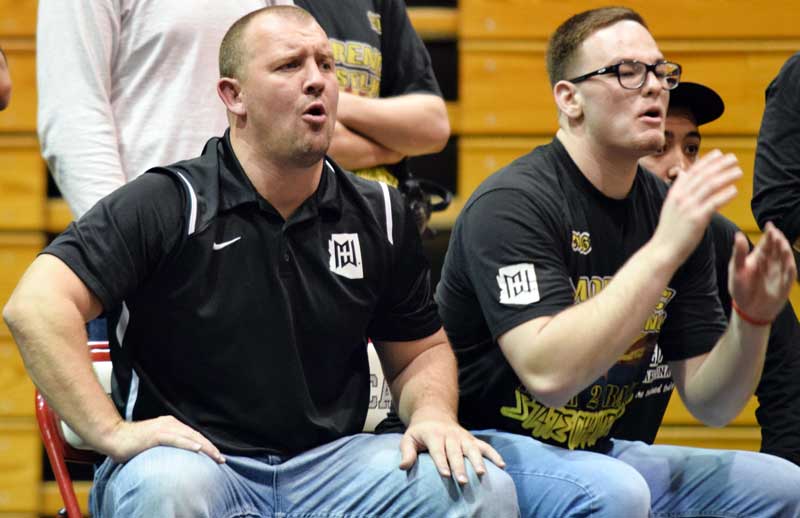 Freshman Joseph Hernandez (195, 2-2, 1 pin) also competed on the second day but did not place.

“Great tournament, well run and outstanding competition,” Woodall said. “We all come home with some things to work on.”

“We were wrestling some extremely tough competition,” he said. “Alamosa will be state champions in Colorado; Cleveland is (the) defending 6A New Mexico state champions, Franklin is ranked in the (Texas) top five. The goal is to get better. I feel a big part of that is getting out of our comfort zone and trying to compete against the best. We saw some different styles and very good competition. Hopefully, it is a good learning experience. I think it helps our kids be a little more tested/prepared for (the) state tournament.”

The individual wins were by a third period pin, two technical falls (15 or more points), two major decisions (6-14 points), and two decisions. The losses were two by first-period pin, one by second-period pin, and one by third-period pin. The forfeits were in the 152, 160, and 182 weight classes.

Nine of 11 Wildcats placed in the top five and two were named outstanding wrestlers following the conclusion of the 2-day meet in Show Low Dec. 9. Additionally, the team went unbeaten in seven pool pairings but lost the dual to determine the top team. 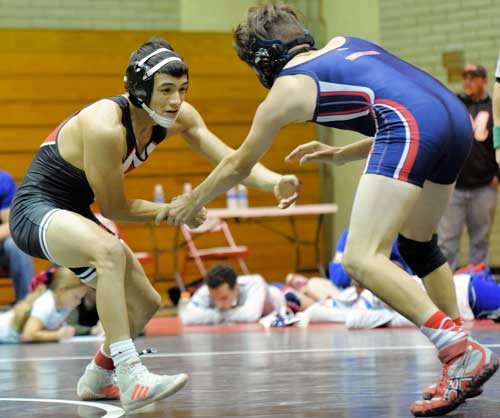 Cota pinned Conner Schweigert of Show in the semifinal third period and decisioned Troy Ramirez of Sunrise Mountain 7-3 for the title; Carrasco had a 23-7 semifinal technical fall over Marc Irigoyen of Round Valley and decisioned Talon Wilhelm of Show Low 11-4 in the championship match.

Dunning fell in a semifinal 2-12 major decision to Caden Perez of Sunrise Mountain and in an 11-14 decision to Dyson Navarro of Blue Ridge to end fourth; Willey succumbed by first-period pin to Nathan Wagner Jr. of Chinle during the semifinal and by injury to Luke Whittle of Snowflake to end fourth; Ortega fell by first period pin to Ahli Foster of Winslow during the semifinal and by second period pin to John Holden of Saint Johns to finish fourth; and Casillas had a 17-0 technical fall over Matthew Owen of Snowflake for fifth place.

Eleven Wildcats notched three dual wins during the Pima Multi meet Dec. 6. The wins were 51-18 over the Willcox Cowboys, 50-18 over the Pima Roughriders, and 53-21 over the Thatcher Eagles.

Morenci tallied a 17-4 (14 pins) overall record in head-to-head bouts, with eight first period pins, one second period pin, one third period pin, four technical falls, one major decision, and two decisions. The losses were one by first-period pin and three by second-period pin. There were 10 forfeit wins, six forfeits, and five double forfeits handed out.

Morenci won three of 10 duals, topping the Florence Gophers 39-33, the Scottsdale Chaparral Firebirds 47-30, and the Laveen Fairfax Stampede 48-24. The losses were 27-50 to the Scottsdale Desert Mountain Wolves, 18-57 to the Veil Cienega Bobcats, 12-54 to the Tempe Corona Del Sol Aztecs, 39-42 to the Chandler Hamilton Huskies, 30-42 to the Queen Creek American Leadership Patriots, and 36-42 to the Tempe Mountain Pointe Pride. 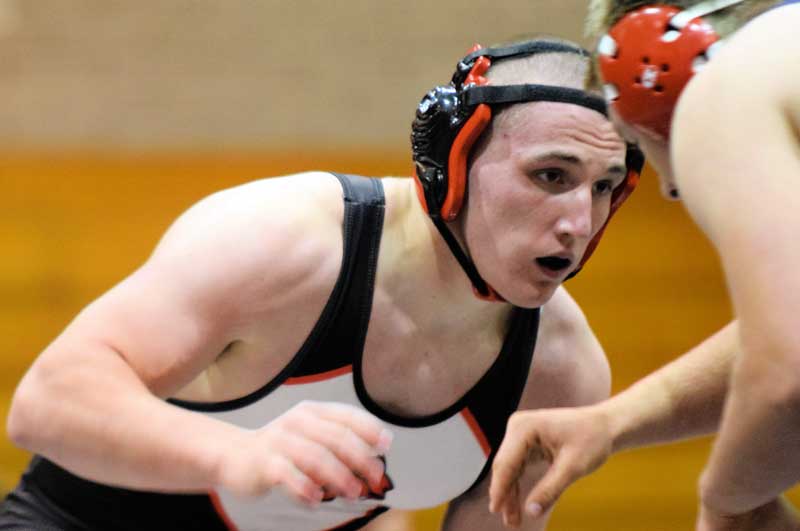 Photo By Raymundo Frasquillo: Junior 220-pounder Nathan Willey went 10-0 with eight pins during the Nate Johnson Duals at Mesa Red Mountain. An injury has sidelined him.