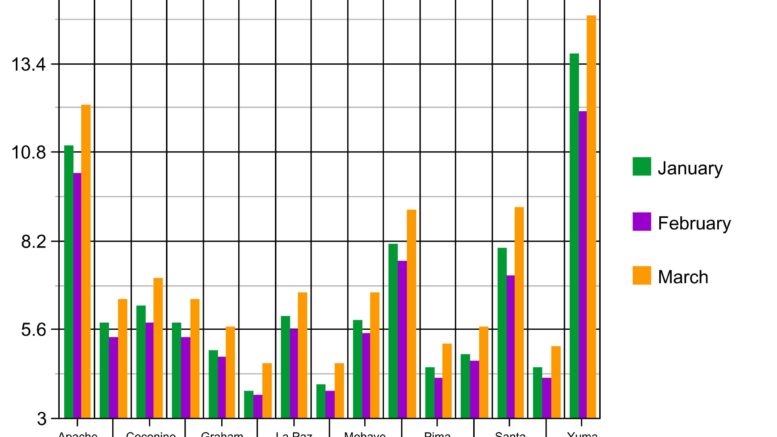 PHOENIX – Despite the large number of new unemployment claims due to the COVID-19 pandemic, Greenlee County remains the county with the lowest unemployment in the state.

That’s according to the latest report issued by the Arizona Office of Economic Opportunity on Thursday.

Unemployment in Greenlee County climbed nine-tenths of a point, up from 3.7 percent in February to 4.6 percent in March, the same rate as in Maricopa County.

That number is expected to skyrocket in April, as a record number of new unemployment claims have been filed according to the U.S. Bureau of Labor Statistics.

Unemployment in Graham County also climbed nine-tenths of a point in March, up from 4.8 percent in February to 5.6 percent in March.

Yuma County continues to have the state’s highest unemployment, at 14.8 percent.