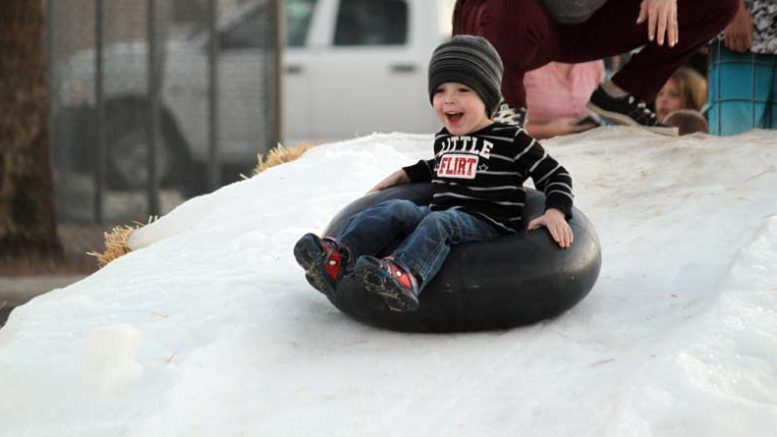 SAFFORD – It’s that magical time of year again and that feeling was on full display as an estimated 5,000-plus people jam-packed Downtown Safford on Friday night for the 17th annual lighting of the Christmas Tree and Merry Main Street extravaganza. 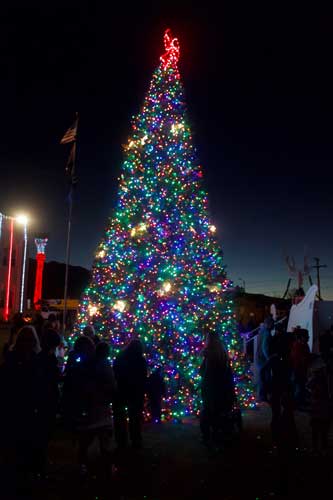 Jon Johnson Photo/Gila Valley Central: One of the highlights was the lighting of the Christmas Tree.

The special addition this year was a sledding hill with real ice and snow and a snowball fight area thanks to the sponsorship of Tierra Antigua Realty.

Keith and Shauna Payne brought their three children to the event, Emily, 6 months, Blake, 2, and Bryson, 4. Shauna and Keith said the boys’ favorite part was the sledding hill.

After a few Christmas carols by the Gila Valley Chorale Juniors, the Safford City Council appeared onstage for the Christmas Tree lighting.

“The aroma of Christmas, it just brings families together,” Kouts said. “I just love this time of year.”

Safford Councilor Richard Ortega took a moment to remind people of the true essence of the season.

The Merry Main Street event takes advantage of the Thanksgiving holiday and Black Friday sales to get the most people it can into Downtown Safford to experience the area’s offerings. 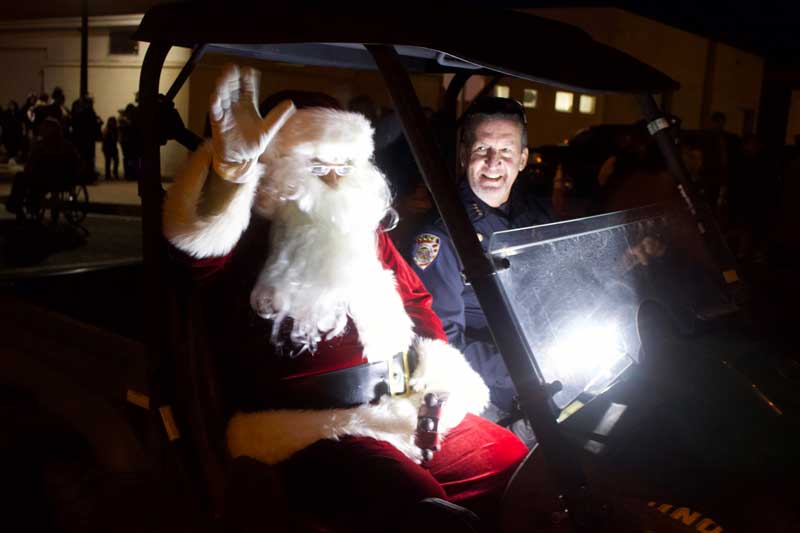 “Our purpose is to bring people downtown and introduce them for the first time to Main Street or to show them and remind them of what is available to them in Downtown Safford,” said President of the Downtown Association and Chairman of the Board of Supervisors Danny Smith. “All the things that you see Downtown are mostly paid for by our sponsors and the individual businesses that are Downtown. 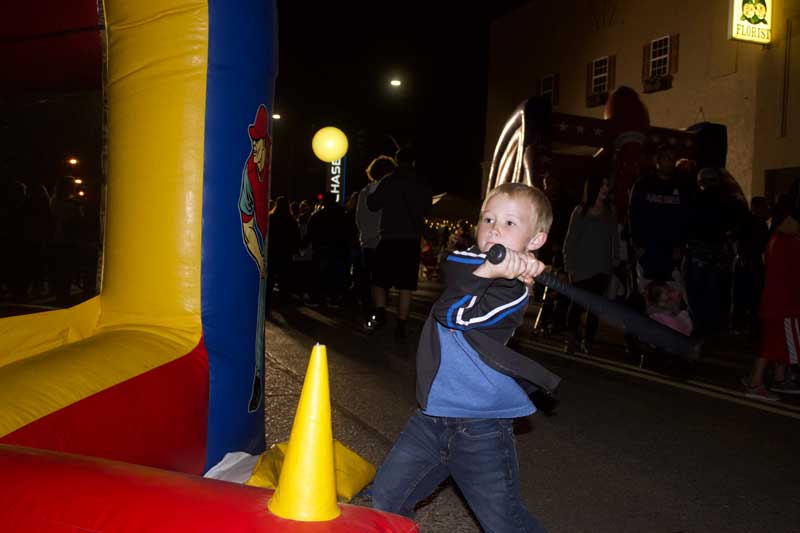 Of course one of the biggest draws was the jolly old elf himself, Santa Claus, who was escorted to his workshop by Safford Police Chief Joe Brugman. Once there, Santa happily posed for pictures with all the children. 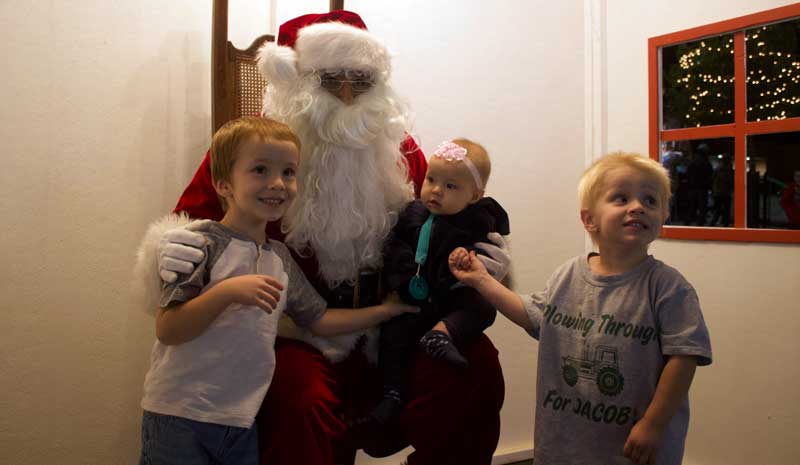