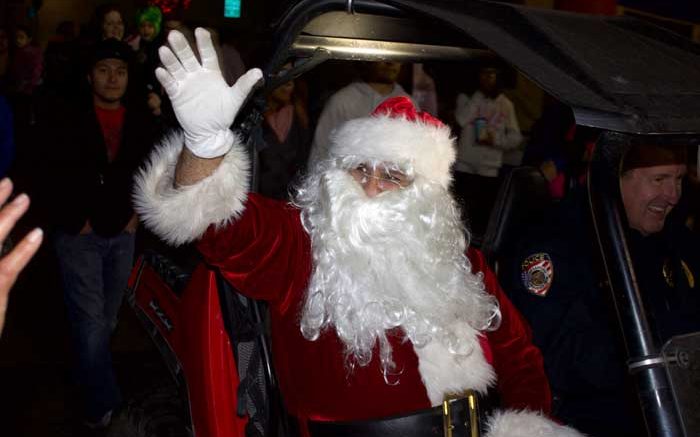 SAFFORD – Bigger isn’t always better, but that definitely works when it comes to Christmas celebrations in the Gila Valley. 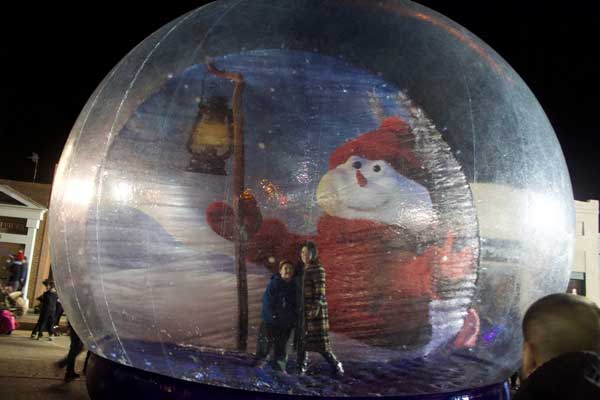 Jon Johnson Photo/Gila Valley Central: A couple gets their picture taken inside a giant snow globe.

Thousands of people jam packed Downtown Safford on Friday night for the annual Merry Main Street festival presented by the city and the Safford Downtown Association. This year, Gila Valley Central was proud to join the event as one of its major sponsors.

With a numerous variety of vendors, games and rides including an ice skating rink, there was something for each member of the family at the traditional event, which includes the 15th annual lighting of the Christmas Tree at City Hall. 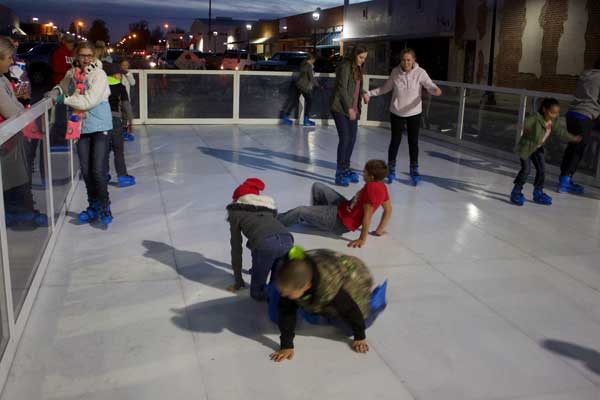 “If I had to say there’s one thing I’ll really miss about being mayor is lighting the tree,” said outgoing Safford Mayor, Chris Gibbs.

After the tree lighting ceremony was completed, Safford Police Chief Joe Brugman escorted Santa Claus down Main Street to his chair at the far eastern end of the event’s area. There Santa posed for pictures and listened to the wishes of all the good little boys and girls who lit up for their chance to see the big man up close.

Julie Payne, of Thatcher, took her 10-month-old daughter, Juniper Payne, to meet Santa Claus and both were in awe of the spectacle around them. 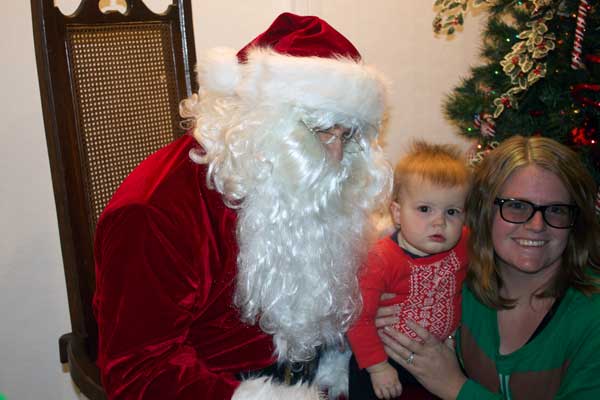 Kathy Garrett, of Safford, agreed with the assertion.

“It’s better than any other year,” she said. “There’s a lot of new stuff.” 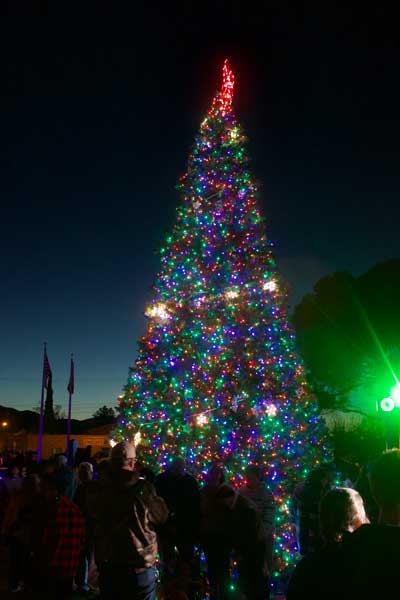 As the throngs of people took turns at the various games and a large number also made their way into the various businesses that line Main Street. Katie Hawkins, of “The Wear” said the event was very good for business.

“We’ve been busy all day,” Hawkins said. “There’s been lots of people in and out; It’s been fun.”

Coming up next for Downtown Safford will be the annual Holiday Light Parade, which starts at dusk, Saturday, Dec. 3.