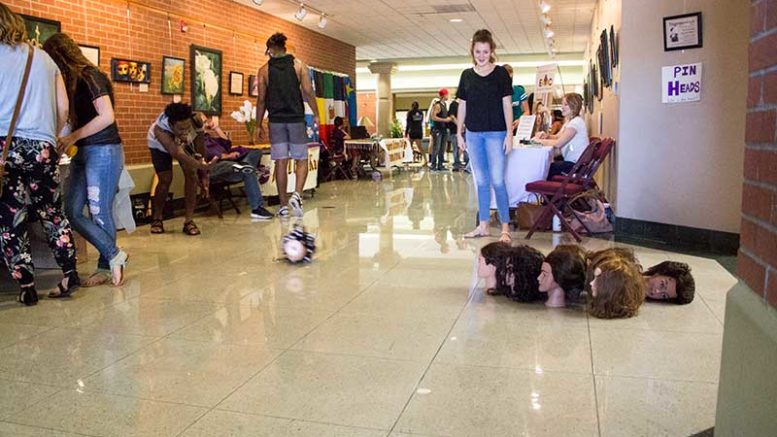 THATCHER – This year’s job fair featured faces new and old, but with several changes along the way.

The college students appeared lively and enthusiastic. Many of the local job seekers were dressed in their best, and ready for whatever opportunity that might be before them. 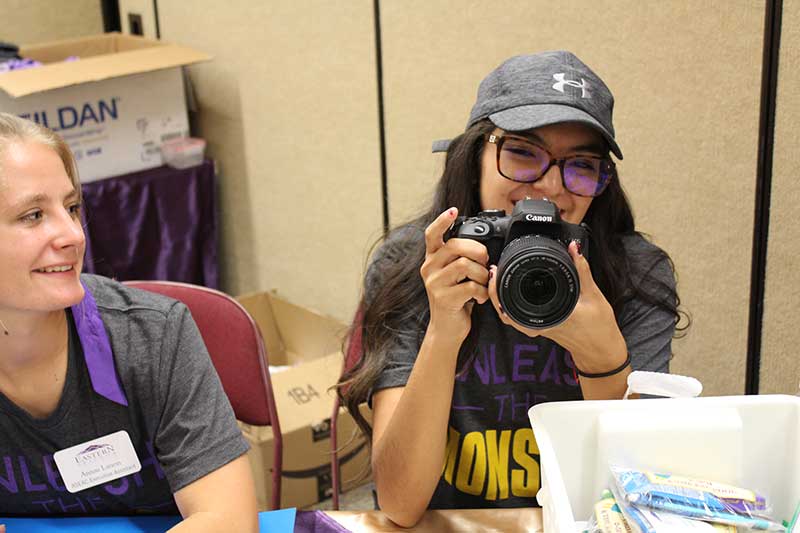 Kimberly Termain, Outreach Coordinator and business services consultant for Arizona@Work, said the aim of the fair is to work with the needs of the job seekers. Termain also said that she was pleased with a number of individuals who attended.

“This year it seems like there was quite a bit of interest and draw because Eastern Arizona College decided to put their student activities and clubs outside in the lobby, and so it really attracted a gathering of people and it really helped us draw more of the college students into the career fair,” Termain said.

Also, Termain told Gila Valley Central that although the participation of the multiple college clubs is familiar and steadfast, she hoped to work within the community businesses to encourage them to participate. As always, Termain hopes for more community businesses to be willing to show up and be present at the job fair and be willing to commit to it.

“Usually our educational partners are pretty standard; the community resources are standard, but we would like to see a continued elevation of businesses that participate both big and small, and that’s my year-to-year goal, is really for the growth of that,” she said. “Because our job seekers want to come in and they actually want to meet those businesses face-to-face, not always applying online or submitting paper applications. So, I think that’s the one thing that we attempt to do the very best (is) to outreach in multiple ways to businesses to get them to participate but it’s really trying to get their commitment to doing so. You don’t have to have a current opening. It’s always nice if you do, but you can always promote future opportunities, and also the career as a whole.” 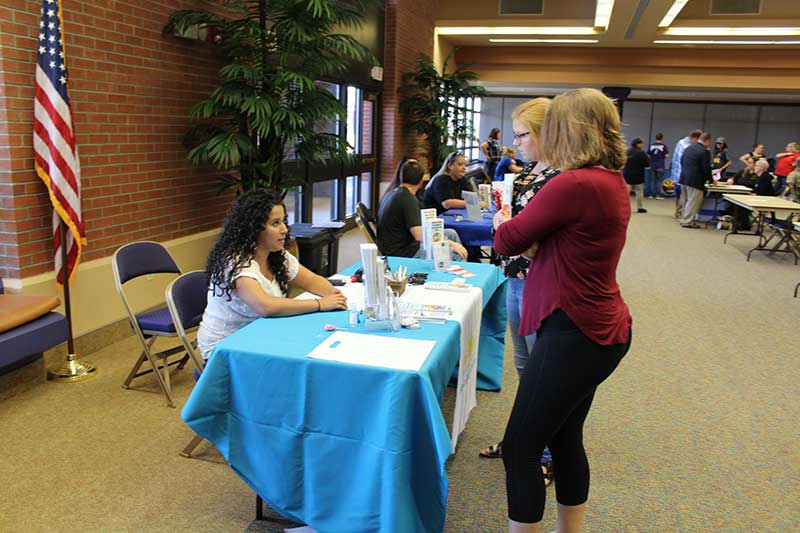 Kevin Peck, Director of the EAC Small Business Development Center, told Gila Valley Central that he thought that this year’s fair went well and that there was a large amount of community involvement. Also, Peck said that if anyone missed the career fair but is still are on the lookout for a new employment opportunity, he would suggest contacting Arizona@Work.

“We had a large amount of students who came through,” Peck said. “The other great thing is that we saw lots of community involvement who were looking for jobs as well. One of the best things that they (local job seekers) could do is get with Arizona@Work; they’re right here in Safford. Talk to Kimberly Termain, who is the manager there. She and her staff can get you in contact with whatever it is that you’re most qualified for. That’s what they do, is to help match up potential employers and potential employees.”

The Job Fair is an annual event in August. Anyone interested in contacting Arizona@Work can reach them at (928) 432-6932.