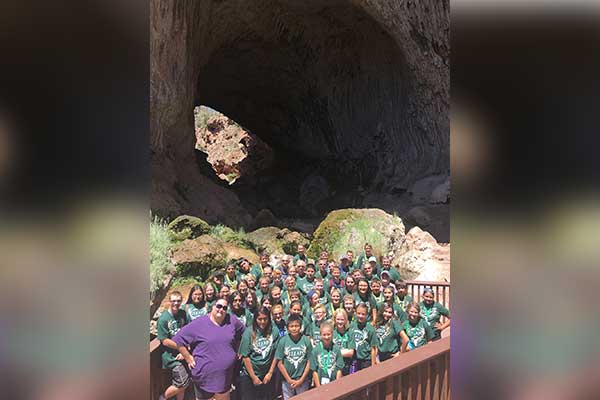 After arriving at Camp Tonto Creek, the students were divided into three groups. One group headed off on an Ecology Hike, where students used their senses to make observations of the organisms that survive in the forest ecosystem and how their structures and behaviors increase the chances of survival. Another group went to the upper field to learn the fundamentals of archery and why the design of the bow and arrow work for precision through design and physics concepts. The third group learned the science behind energy by designing a waterwheel that could be used to generate electricity.

Each evening the three groups rotated through STEM activities prepared by the adult leaders. Paula McBride taught campers how to personalize T-shirts with iron on names that they created themselves. EAC dean of instruction, Dr. Phil McBride, taught coding with Ozobots; and Heather Dillman led an activity where participants built a car powered by a propeller and batteries that covered velocity, acceleration, and potential energy (stored energy) as they charged a capacitor and used it to power their car. EAC Discovery Park Campus Director Paul Anger led an astronomy discussion while viewing the night sky and  Tawnie Anger and Rebecca Bell had participants designing towers using spaghetti and marshmallows. Mark and Jackie Madsen taught the students fun camp songs to sing around a campfire.

After one STEM activity the vans were loaded for a field trip to view what is believed to be the largest natural travertine bridge in the world, the Tonto Natural Bridge, which stands 183 feet high over a 400-foot long tunnel that measures 150 feet at its widest point. The campers enjoyed an afternoon hike to the bottom of the natural bridge and spent time cooling off in the water pools. Wildlife was abundant with javelina and deer roaming through the park.

Camp participants spent Thursday participating in STEM activities that included LEGO Engineering where campers created a tower that could withstand a (simulated) earthquake; learned edible plant identification and water purification, and how to survive in the wilderness.

Participants worked together as a group to overcome challenges in the Low Ropes Course, developing team building and leadership skills that will benefit them for the rest of their lives.

McBride noted, “It was great to see the participants make new friends, overcome challenges, and work together as team while learning about science, technology, engineering and math.”

For more information about STEM education opportunities in your area, contact McBride at phil.mcbride@eac.edu or Anger at paul.anger@eac.edu. 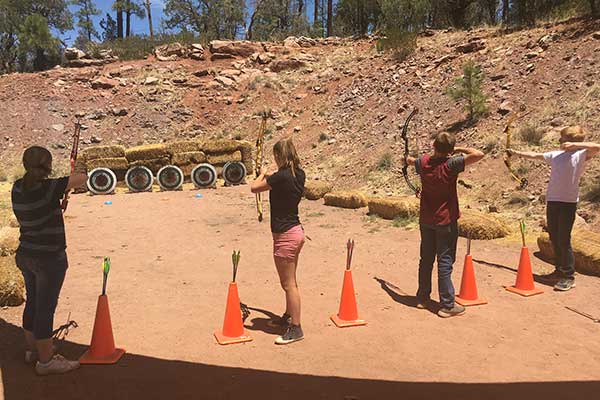