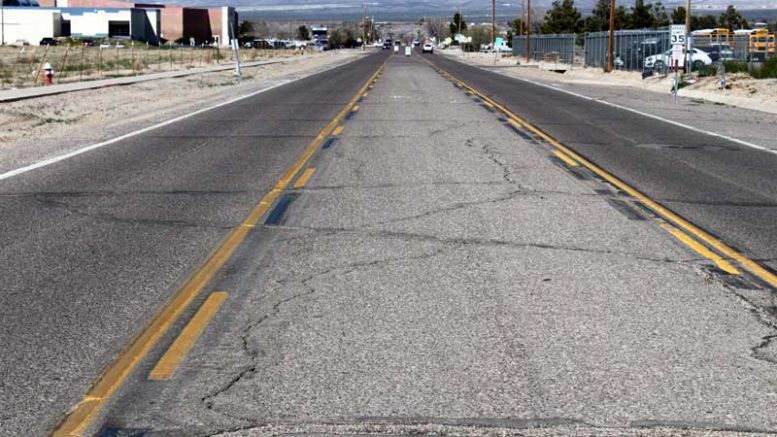 SAFFORD – The Safford City Council is milling over its options to replace the cracked and broken section of 14th Avenue between Relation Street and 8th Street. Thankfully, the city has Chad Crockett of Bowman Consulting advising them of their options instead of a Lyle Lanley-type with a pie-in-the-sky idea. (See The Simpsons, Season 4, Episode 12 “Marge versus the Monorail” below.)

Crockett gave a PowerPoint presentation to the council at its Feb. 27 meeting and outlined four different options for the city to discuss, including replacing the section of road with either concrete or asphalt. He added that whichever option is chosen, the road would have to be completely redone because it was originally built over expansive soil by the state in the 1980s and the native soil underneath the street will have to be treated with lime to prevent cracking in the future. He likened it to having a house with a foundation problem and deciding to rebuild the house on the same foundation.

“Simply milling the cracked asphalt and putting new asphalt on top of that will not correct the problem,” Crockett said. 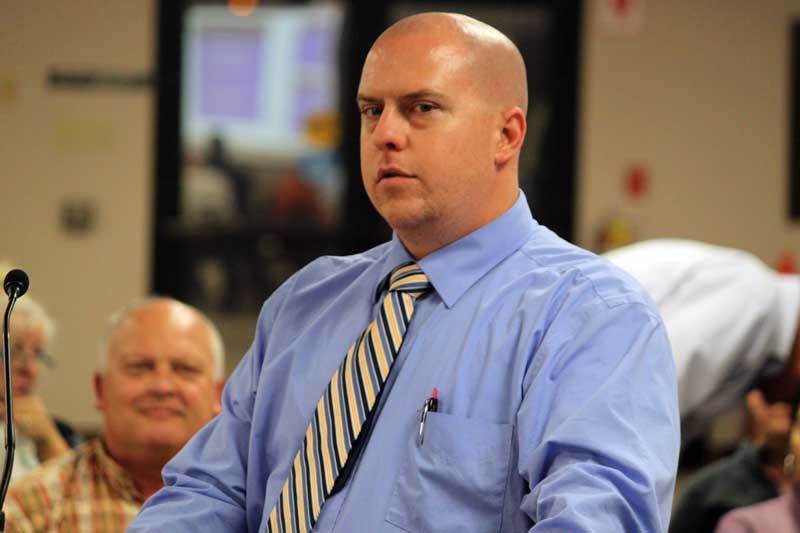 Jon Johnson Photo/Gila Valley Central: Chad Crockett of Bowman Consulting prepares to give his presentation to the Safford City Council.

According to samples obtained by a soils engineer, the street sits on top of at least five feet of expansive clay, which, with the addition of water seepage due to no curb and gutter, has wrecked havoc with the street, causing numerous cracks. To correct the problem, the new street will have controlled drainage and the sub grade soil will be lime stabilized to change it to no longer be as expansive.

The first alternative calls for a concrete road with new sidewalks, curb and gutter and bicycle lanes on both sides of a collector-sized street. That option was estimated at $2.2 million.

The second alternative is the same as the first but would utilize asphalt instead of concrete and was estimated at $1.9 million.

None of the options include the cost of Safford’s waterline and reclaimed waterline project which is also slated to be placed in the same area. The waterline projects are estimated to cost in excess of $500,000 and would have to be done at the same time as the first three options, so the street wouldn’t have to be torn up for the utilities. The fourth option, since it is smaller width-wise, would allow room for the utilities to run adjacent and wouldn’t require to be done at the same time. 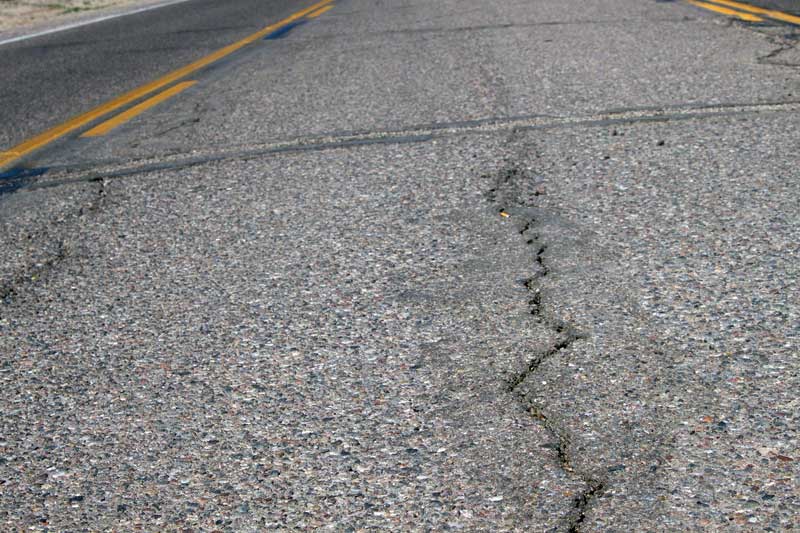 Mayor Jason Kouts tossed out the third option because he said it didn’t make any sense to do just a small section.

Safford City Manager Horatio Skeete suggested utilizing the fourth option because he didn’t feel the street necessitated the larger, collector version with bike lanes and because the water infrastructure projects could be completed whenever the city could finance it.

Safford Utilities Director Randy Petty said no matter which option the city chose, the work would take place during the summer when school was out so the contractor could close down the entire section of the street during construction. The road borders Safford High School and Ruth Powell Elementary School. He recommended trying to have the project done during the summer of 2018.

Safford City Councilor Richard Ortega said he was fine with giving city staff and engineers time to work on the situation because the city had already wasted enough money on the road in the past and he wanted a fix to last.

“It has to be done right,” Ortega said.

Skeete said city staff will continue to investigate the options and will bring their findings back to the council.

“I ask that we really look into it,” Kouts said. “I don’t like just sitting on stuff. I’m very active. I want us to sit on stuff when we need to for a little bit and then get going on it.”