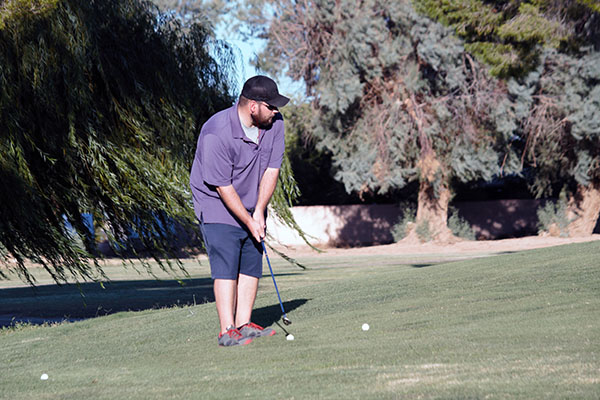 Jon Johnson Photo/Gila Valley Central: Jesse Hill lines up a chip shot on the ninth hole. Golfers agree that the greens have improved by leaps and bounds since OB Sports has taken over the care of the course.

SAFFORD – City leaders have long dreamt of sharing the responsibility of running the Mt. Graham Golf Course with another entity. With a unanimous vote by the Safford City Council at its meeting Monday night, that dream took one major step toward being a reality.

The council voted to approve an intergovernmental agreement with the town of Thatcher to share the accountability of keeping the golf course running. The issue will now go before the Thatcher Town Council for approval at its meeting Monday, July 18.

“The idea of getting together has always been a dream and we’re finally able to make it a reality,” Safford City Manager Horatio Skeete said.

According to the IGA, Safford will provide effluent water from its water treatment facility for use at the golf course as well as potable water. It will also commit up to $200,000 annually toward the operating cost. Thatcher will provide sewer and trash services and will commit up to $60,000 annually toward the cost of electricity and natural gas consumption at the course. The town will also rebate all sales taxes collected from the pro shop and restaurant operations.

Planning & Community Development Director Dustin Welker gave the presentation of the IGA to the council and said Thatcher specifically wanted its allocation to go toward electric and natural gas costs because it has the option to eventually take over those operations from the Graham County Electric Cooperative, which currently provides the service. Welker added that $60,000 would likely not pay the entire cost of the services, but just slightly less. 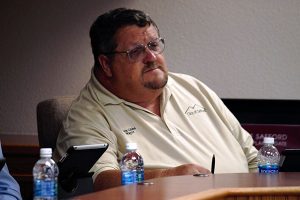 Golfers have raved about the turnaround the course has taken in the past few months under the wing of OB Sports, which was given a three-year management contract May 10. That contract pays OB Sports a yearly fee of $42,000 to manage all of the course’s operations, including employees, facility maintenance and agronomical practices, marketing, membership sales, golf shop and restaurant. The $42,000 will come out of Safford’s $200,000 allocation, according to Skeete.

“The course has definitely improved in the last month-and-a-half to two months,” avid golfer Franklyn Nye said. “The water has certainly helped quite a bit making the greens green. The fairways are much better than they were. It’s like everything else; it’s going to take some time but they’ve certainly made some large steps and improvements.” 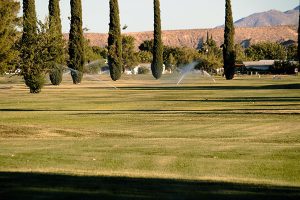 The rejuvenation of the course continues under OB Sports from the previous run down look golfers complained it had after being operated by Springbok Development LLC for the past five years.

Springbok originally signed a 50-year lease April 26, 2010, and stated it would build a master-planned community and increase the course and amenities. The city paid Springbok CEO Jeffery Holt a subsidy of roughly $200,000 per year to run the course, but after the subsidy ended in October, 2015, Holt approached the city seeking a buyout. The city eventually paid Holt $97,177 for personal property, equipment and the course’s liquor license and took back control of the course.

“Since they’ve taken over there’s been quite a significant difference in the golf course,” teaching pro Ron Armbrust said. “The greens have really improved . . . It’s exciting to see there’s people (who) are really professionals at what they do and I’m confident that they’re going to really get this course in a really good condition in time.” 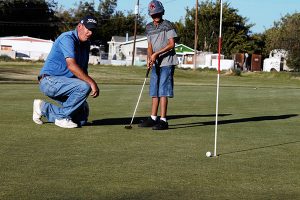 “It is getting a lot better,” golfer Jesse Hill said. “It’s definitely improved (from) when Jeff Holt had it. You can tell they’re putting some effort into it. It looks a lot better.”

Safford took its historic step of working with Thatcher for the betterment of the golf course and now the Thatcher Town Council will decide whether to join in the effort.

“It’s a definite plus that we are able to get together and share the responsibilities as well as the management of the golf course,” Skeete said. “The golf course benefits the entire (Gila) Valley, specifically Thatcher and the city of Safford; they are the two primary beneficiaries of the golf course.”