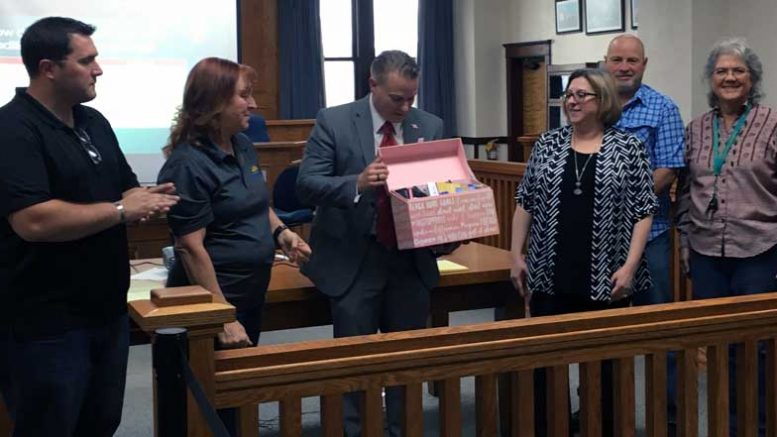 SAFFORD – A new tool to help those with substance abuse issues overcome their addiction and succeed on probation is set to begin in Graham County. Adult drug court will have its first session Monday, March 6.

“I’m glad to see that Judge Peterson has taken the initiative and has this going,” she said. “It’s amazing.”

On Monday, Judge Peterson addressed the pubic in the Graham County Superior Court and spoke about how the program works and what it hopes to accomplish. Peterson has previously mentioned he believes more than 80 percent of all crime he sees in his courtroom is somehow drug-related.

“We’re so excited about drug court and the positive outcomes that come come from it,” she said. “I’m so excited there’s another opportunity for people to get clean and to be healthy, thriving community members.”

“In an addictive situation, you need structure,” Halverson said.

The adult drug court is open to anyone who has been convicted of a felony and has been ordered to serve standard probation, so in that sense it is not in lieu of punishment but rather a tool in addition to their sentence to help them have a successful rehabilitation so they do not reoffend.

“All the rules and conditions that apply to standard probation still apply to drug court participants, so it’s still probation; it’s just an extra step for those folks,” Halverson said.

The adult drug court will meet every Monday to go over the participants’ progress. Participants meet in court weekly for the first seven months before lowering to bi-weekly and then once per month, they have multiple treatment sessions with a local treatment provider each week, weekly drug testing and visits with their probation officer as well as regular home visits and curfew checks. Initially, a curfew starts at 7 p.m. and gradually gets later as a participant exceeds on the program at the behest of the judge. Additionally, there are multiple other requirements and phases, including community service and involvement with other treatment organizations. If a participant fails to meet their requirements, the matter is discussed with the drug court team and the participant may face various types of sanctions, including up to confinement in jail. 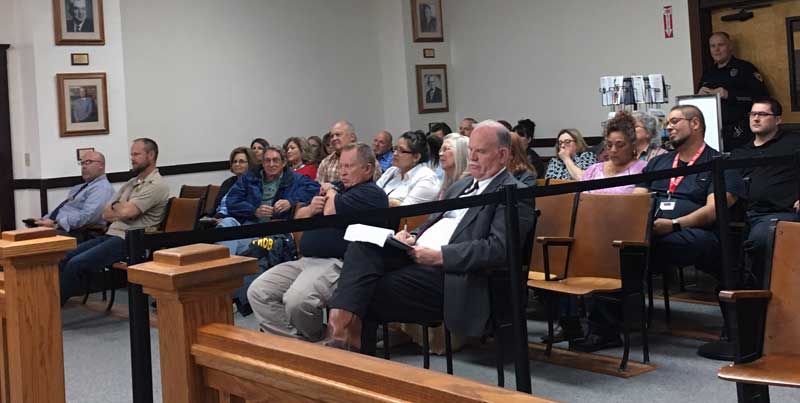 The pendulum swings both ways, however, and those who thrive in the program can be rewarded with their success with little trinkets and other rewards. The Substance Abuse Coalition has decided to assist the program by providing some of the rewards, that can be as simple as a toothbrush, some type of tool or other item or trinket.

“That means a lot to them because that means that they set a goal that was set for them or they set for themselves,” Grimes said. “It’s just a small reward; a pat on the back that says keep going, you’re doing a great job. The Coalition has decided that we really want to support drug court offering those rewards.”

Graham County has had a similar juvenile drug court in operation for more than a decade, but this is the first time it has begun an adult drug court program.