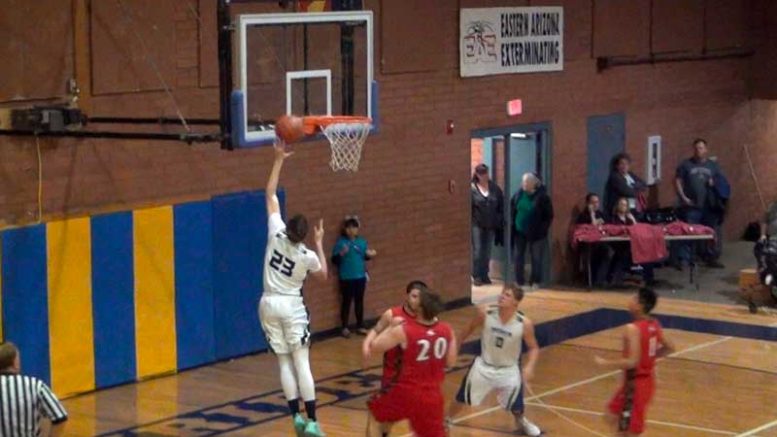 “I feel like we played hard, but we had a few too many mental mistakes that we’re trying to eliminate,” said Pima head coach Cliff Thompson. “That’s something that we’re going to continue to work on as a team.”

Pima won the opening tip and point guard Trey Thompson took it right down Main Street for an opening layup. The crowd blinked twice and before they knew it Pima was up 8-0.

Pima’s suffocating trap defense rattled Willcox throughout the game and caused a number of turnovers that led to fast-break opportunities. After a 3-pointer by Alek Pruszynski and an and-one play by Jarrett Kartchner, Pima was up 25-9 at the end of the first period of play. Kartchner finished with a game-high 23 points, followed by Dawson Pruszynski with 13 and Trey Thompson with 10. 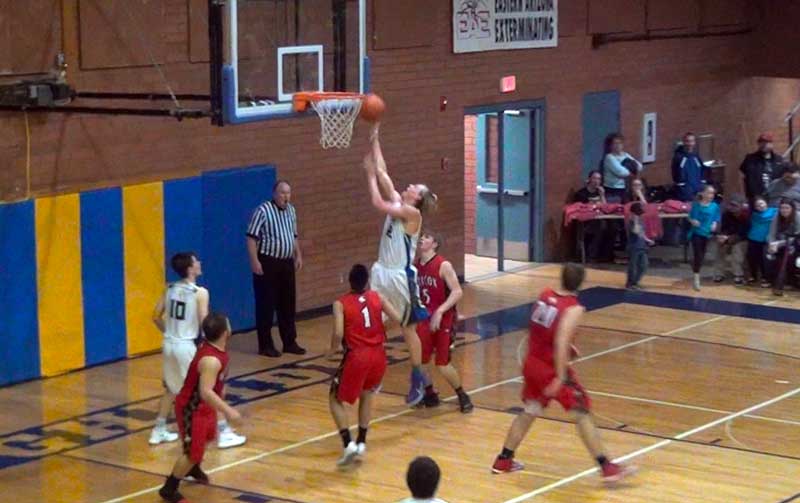 Willcox only managed four field goals in the second period as Pima stretched its lead to 32 points after Alec Judd did his Larry Bird impersonation and hit an improbable buzzer beater that went up from behind the backboard and hit nothing but net. Pima went into halftime with a secure 45-17 lead.

The hardest hit Pima took in the first half was an apparent right leg injury to starter Justin Kartchner, who sat out the entire second half in street clothes while icing his injury. 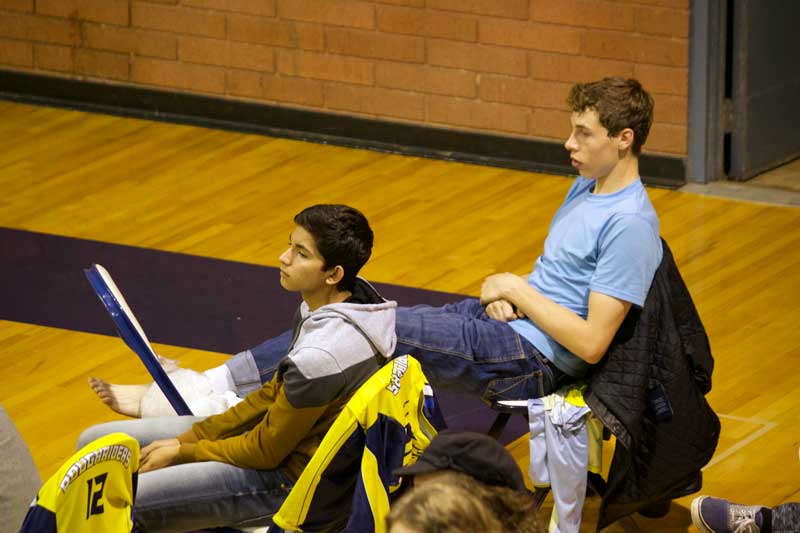 Jon Johnson Photo/Gila Valley Central: Justin Kartchner sits out the second half with a leg injury.

“We’re just holding him out precautionary,” coach Thompson said. “We’ll find out a little more with what’s going on with him, but I don’t see it as a big deal, probably . . . When we have a lead like we had, it’s silly to leave a guy in, I think, at that point.”

Point guard Trey Thompson was also seen icing his wrist on the bench but coach Thompson said it was just a result normal wear-and-tear from a season.

By the middle of the third period, Pima had cleared its bench and every player available on the team got substantial game time and everyone scored. Coach Thompson said getting subs in the games was important because a number of them have played crucial roles and stepped up in previous big games when called upon. 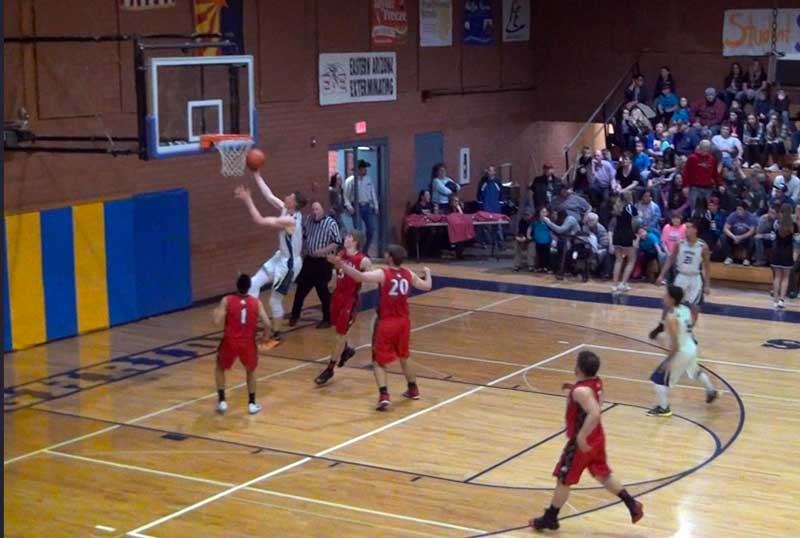 Jon Johnson Photo/Gila Valley Central: Jarrett Kartchner takes it to the hole for two of his game-high 23 points.

Despite being down by nearly 40 points, Willcox continued to play hard.

“They don’t care what the score is; they come at you,” coach Thompson said. “So props to their coach for how hard they play all the time.” 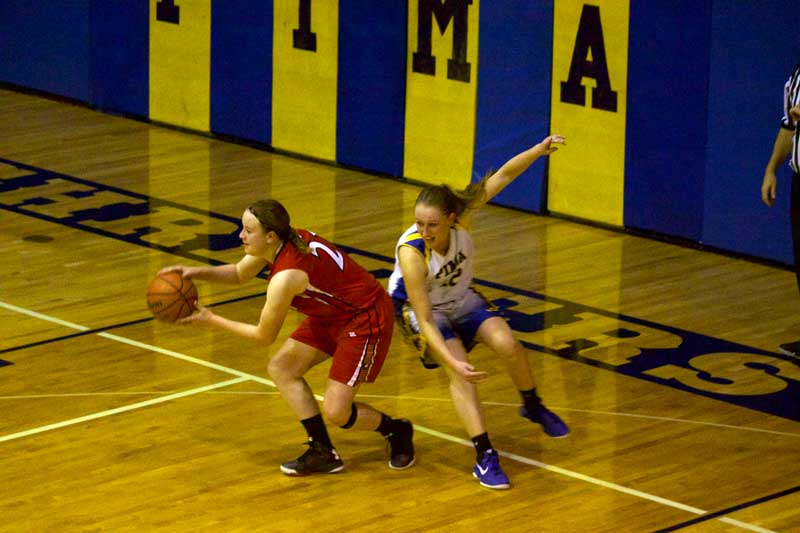 The Safford Bulldogs (6-13 overall, 2-2 region) stopped their three-game skid with a 70-47 blowout victory over the Queen Creek Benjamin Franklin Chargers (2-13 overall, 0-4 region) on the road.