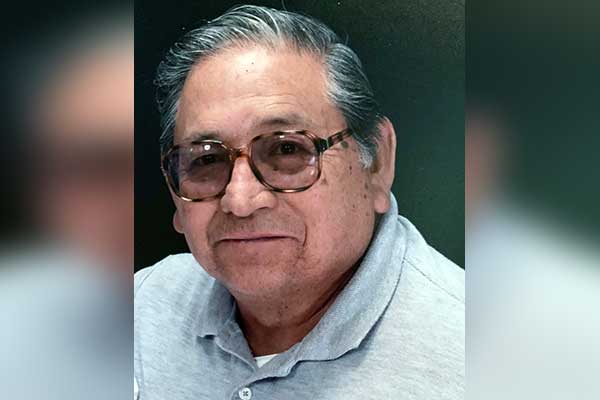 Rudy attended schools in the Morenci area schools until being drafted into WWII as a junior at Morenci high. Though he loved defending his country his one and only regret was not being able to graduate.

Rudy and Lillie “Lydia” Chavez married on October 4th in Bisbee, AZ. Having 5 children, Rudy, Mark, Rene, Kenny and Annette. Living in Morenci, AZ until 1964, transplanting his family to Safford, AZ for the next 50+ years until recently relocating to Chandler, AZ with his beloved Lillie. It was quite evident that Rudy love for family, friends and strangers alike was so great you could see it by the way he welcomed everyone into his home.

His military friendship was quite evident during his tours in WWII and Korean war as he kept in touch with his comrade Glen Pucket of Kentucky until Rudy’s passing.  Their bond was so incredible that they called each other for birthdays and holidays. Rudy would travel to Kentucky with his wife just to visit Glen.  Glen, in turn, would travel to Safford.

He was an avid lover of sports (eventually enlisting his wife to share his passion), with baseball, basketball and football, whether it be high school, college or professional, his knowledge of the trivia involved in those sports was unbelievable! He was like a kid in a candy store when it came to attending sporting events throughout the country, whether traveling to New York, Dallas, Baltimore, LA or other cities. Another passion of Rudy’s was his love for animals, raising his beloved chickens until no longer able.

In lieu of flowers please make donations to the “Lillie of the Valley Garden Trust Fund” in care of Saint Rosa Lima  Catholic Church at 311 Central Avenue, Safford, AZ  85546.