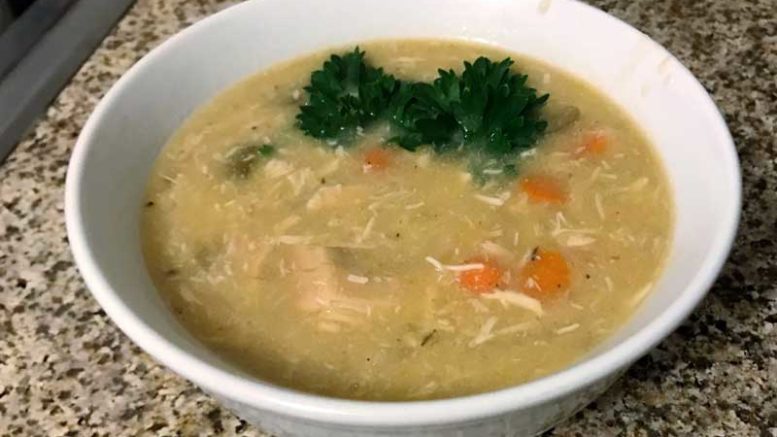 Photo By Jami Heap: While the soup looks delicious, it was not a recipe to write home about.

With as busy as most families are during the holidays, the thought of putting a few ingredients in the slow cooker and coming home to the smell of a warm, healthy, ready-to-eat meal seemed like a great one!  However, when it comes to trying new recipes, you win some and you lose some.  This recipe was, unfortunately, a big loss.

The ingredients seemed straightforward, but I spent about an hour prepping everything for the slow cooker.  I was not pleased with dirtying a separate pan to cook the bacon.  I followed the directions as closely as I could but did not have much success with thickening the soup by stirring.  Having to dirty more dishes, I followed the alternative directions of pureeing part of the soup in the blender. 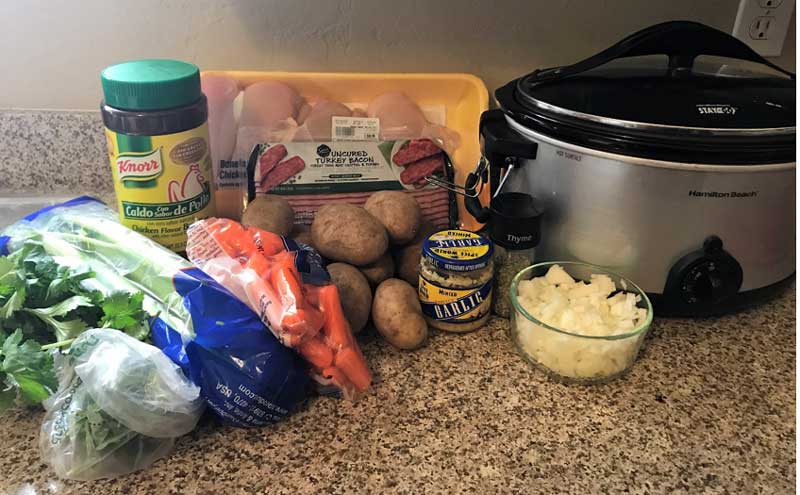 Photo By Jami Heap: The ingredients lined up nicely.

Hoping the hearty, nutritious meal I was planning on would make up for the time and effort I unexpectedly spent, I ladled it into bowls for my family.  After stirring our soup around for a few minutes, I finally expressed my dissatisfaction with the way it tasted.  My husband let out a sigh of relief and said he felt the exact same way (and he eats everything).  Although the website that published this recipe is called “A Spicy Perspective,” there was nothing spicy or flavorful in any way about this soup.  It was very bland with a bitter aftertaste.  The texture didn’t seem quite right, and I ended up throwing out the entire Crockpot of soup. At the end of the night, I had a kitchen full of dirty dishes and nothing to show for it.

If you would like a more successful alternative, you can try this Crock Pot Mojo Pork with Cuban-Style Black Beans that I made a couple nights ago: https://iowagirleats.com/2015/06/08/crock-pot-mojo-pork-with-cuban-style-black-beans/.  I did not review it, but we enjoyed it and have been eating leftovers on rice, in tortillas, on top of nachos. 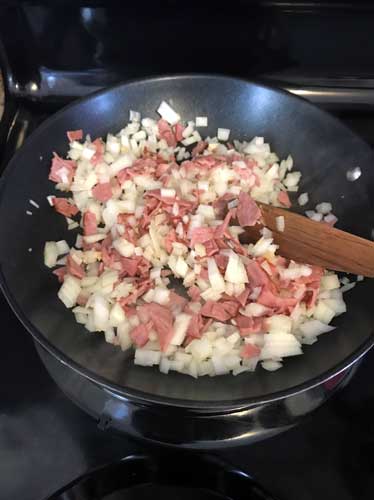 Photo By Jami Heap: First cook the bacon, onions, and garlic in a skillet prior to placing in a crock pot.

Place a skillet over medium heat. Add the bacon and cook until brown, then add the onions and garlic. Saute for 3-4 minutes to soften. (If using turkey bacon, cook in a nonstick skillet.) Pour the onions mixture into the crock of a large 6-quart slow cooker.

Place the chicken breast on top of the onions. Add the sliced potatoes, carrots, celery, chicken broth, thyme, 1 1/2 teaspoons salt, and 1/2 teaspoon black pepper. Place the lid on the slow cooker. Turn on high and cook for 8-12 hours, stirring occasionally, until the potatoes are extremely soft. (Check the chicken at 7 hours. If it’s cooked through, cover and refrigerate until the potatoes are tender and breaking apart. If you happen to have a faster slow cooker, you do not want to overcook the chicken.) 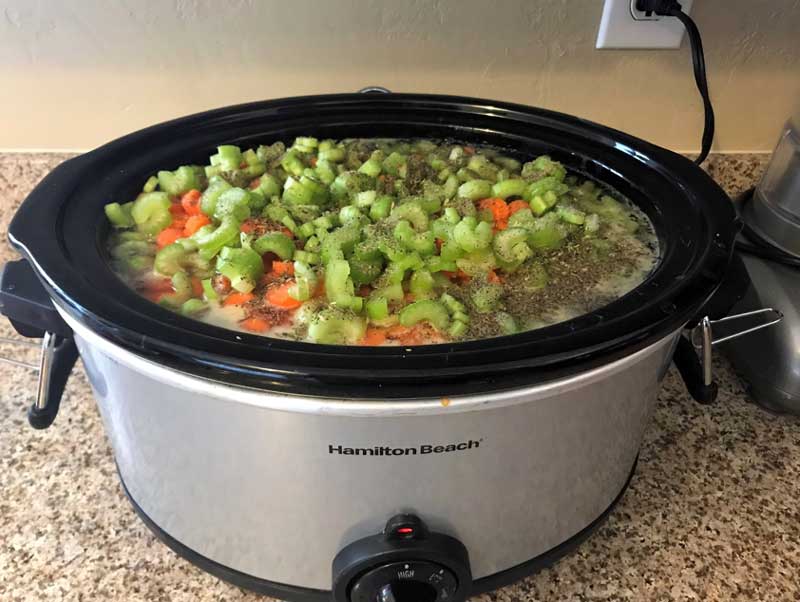 Photo By Jami Heap: This recipe is good for people who want to set dinner to cook and then move on to do other things.

Remove the chicken breast from the crock. Stir the potato soup vigorously to break up the potatoes and thicken the broth. (You can make it extra creamy by partially pureeing the soup with an immersion blender. Or place 1 1/2 cups of the soup in a regular blender, puree, then stir back into the soup.) Shred or chop the chicken and add it back to the slow cooker along with fresh parsley. Stir well. Serve warm topped with low-fat cheese if desired!

Stovetop instructions: This recipe is great on the stovetop as well! Brown the bacon, onions, and garlic as directed above in a large sauce pot. In step two, add the remaining ingredients to the pot. However, increase the broth to 12 cups, and lower the salt to 1 teaspoon. Simmer on medium until the chicken has cooked through, about 20 minutes. Remove the chicken and set aside. Continue simmering, stirring occasionally, until the potatoes are extremely soft and thicken the broth, 30-40 minutes total. Then move on to step three.