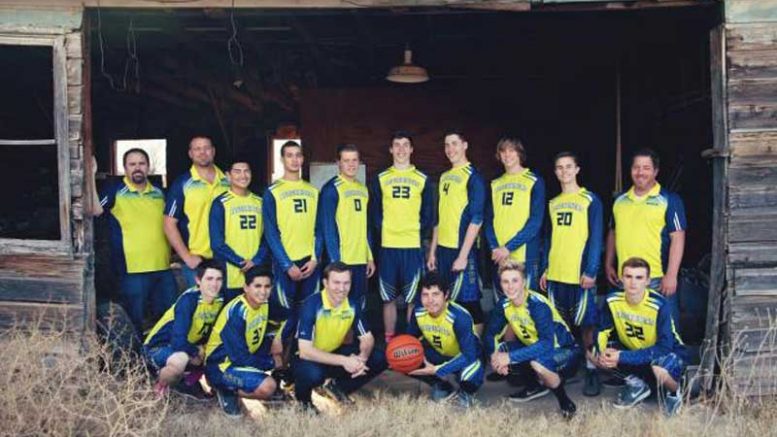 The Pima boys basketball team were upset in the semifinals Friday by Gilbert Christian, 48-40.

PRESCOTT VALLEY – In their toughest game of the season, the Pima Roughriders played head-to-head with the Gilbert Christian Knights for 31 minutes, but it just wasn’t enough. Gilbert Christian exploded in the last minute to bump off No. 1 Pima (27-3), 48-40. For Pima, which dominated its conference all year, it was its first loss against a 2A team this season.

No. 5 Gilbert Christian (24-5) started out hot, opening a 5-0 lead and forcing Pima head coach Cliff Thompson to take a timeout. Coming out of the break, point guard Trey Thompson took it to the heart of the Knights’ defense and made an arching teardrop as he was fouled. Trey finished the 3-point play and Pima was down, 5-3.

Gilbert Christian’s 6’7 forward/guard Nate Graville shot the lights out in the first period and had 9 to lead the Knights to a 13-12 lead after one quarter of play. Graville finished with 14 points in the half.

Twins Justin and Jarrett Kartchner began to play big down low in the second period, even while evenly matched or even exceeded in height by the Knights. Justin tied the game, 18-18, and Pima took its second lead of the night when Alek Pruzynski hit a 3-pointer from the corner.

Gilbert Christian answered right back with a 3 by Braeden Ferguson, and a bucket by Brayden Finkbeiner gave the Knights the lead, 26-22.

Jarrett hit a couple of free throws the next time down the court, and Justin, who had 9 points in the half to lead Pima, tied the game, 26-26, as the teams headed into the locker rooms. Justin only mustered two more points the rest of the way, however, and finished with 11.

Jarrett opened up the second half scoring to give Pima the lead and then put the Roughriders up 31-30 with about 4:00 in the period on an and-one play as he hit the bucket and the foul shot. Jarrett led the Roughriders in scoring with 14 points on the night. 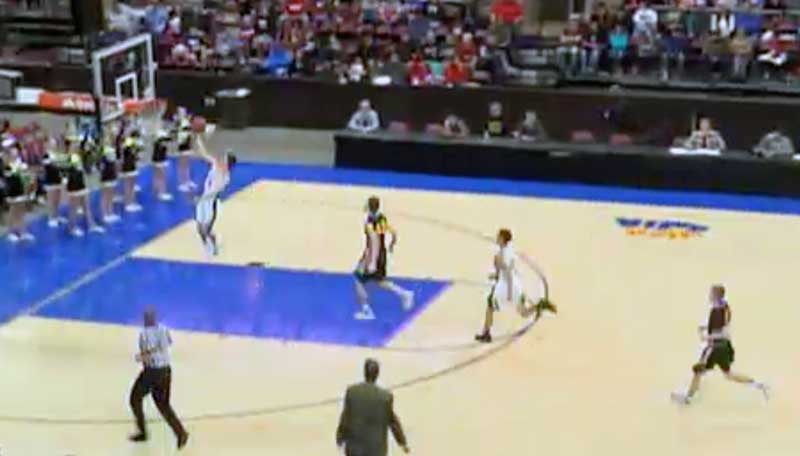 Trey Thompson lays in a bucket off a steal.

Pima then opened up its biggest of the night, 34-30, when Trey found Alek Pruszynski in the corner for a 3-pointer.

Gilbert Christian’s Ferguson answered with a 3 of his own, however, and Pima led by one, 34-33 at the end of the third.

Pima clamped down on Graville in the second half, and only allowed him one 3-point bucket. After two offensive charge calls, Graville fouled out with 2:33 left in the game and finished with 17 points to lead his team.

Pima had held Gilbert Christian’s leading scorer, Kyle Patterson, in check all game, but with time running out, the 6’4 sophomore guard stepped it up and tied the game, 40-40, on his first field goal of the night with just under five minutes left to play. Patterson averaged 17 points per game on the season.

Pima went back down low to its own twin towers, but Justin missed the shot and the rebound bounded off Jarrett’s hands and out of bounds. 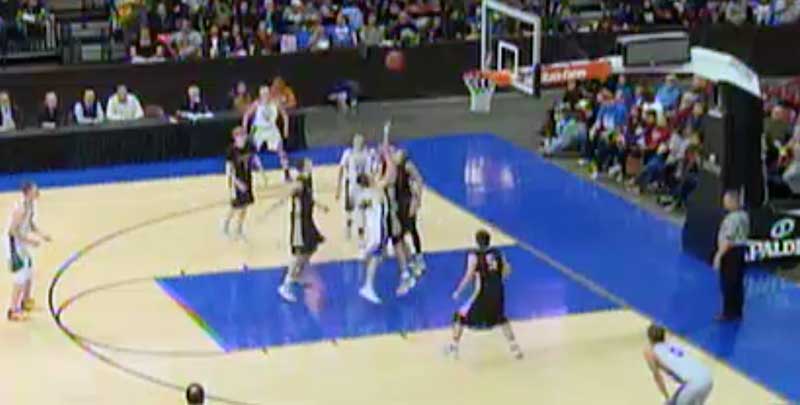 Justin Kartchner misses a shot in the second half. Justin finished with 11 points.

Ferguson then hit a 3 from the corner, giving the Knights a 43-40 lead and breaking the backs of the Pima defense, which had played so well. With under a minute left to play, Pima unraveled and had two turnovers as the Knights hit some free throws and found its center, Miles Lightfoot all alone under the basket for an easy score. It was then all over for a great season for the Roughriders, who were left with the long bus ride home to ponder the season that slipped away in the last minute of play.