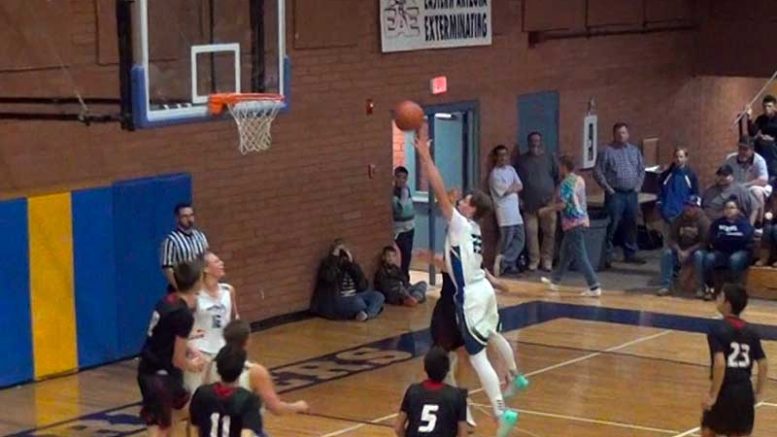 PIMA – The Pima Roughriders (18-2 overall, 8-0 region) took another step toward their goal of a golden basketball trophy Tuesday night as they dispatched the Morenci Wildcats (13-7 overall, 6-2 region), 71-31.

Early in the first period, Morenci’s Jordan Leanard completed an and-one three-point play to cut Pima’s lead to 6-3. That would be the closest Morenci would come the rest of the game and ended up being the Wildcats’ only field goal of the first period. 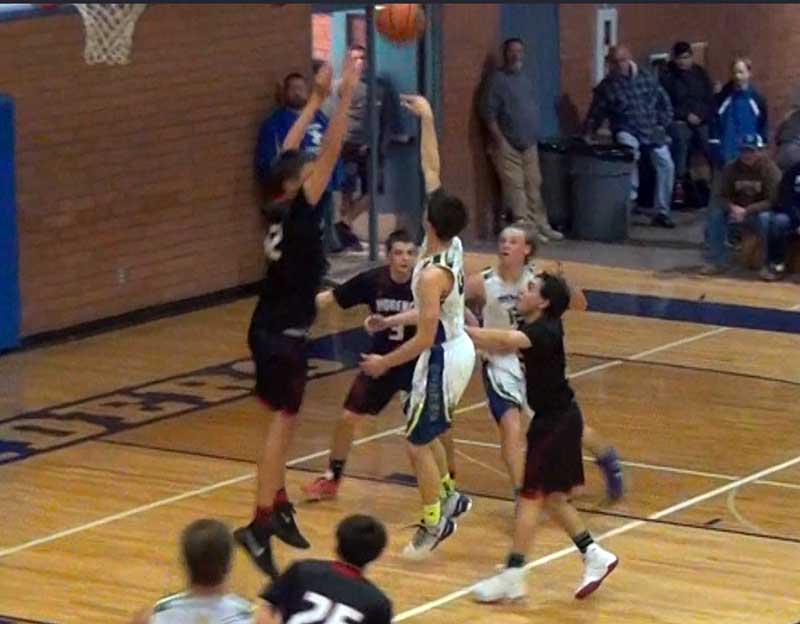 Known for their fast-break offense, it is Pima’s defense that has emerged of late and which frequently leads to fast-break opportunities. The suffocating defense appeared to overwhelm Morenci in the opening stanza while the offense clicked on all cylinders. Alek Pruszynski hit a couple of 3-pointers in the period, and Pima raced to a 25-5 lead.

“We wanted to come out and just play really solid tough defense, and I feel like we did that,” said Pima head coach Cliff Thompson.

Pima held Morenci to just seven points in the second period and went into halftime up 43-12. At that point, Morenci had nearly as many fouls (10) as points. 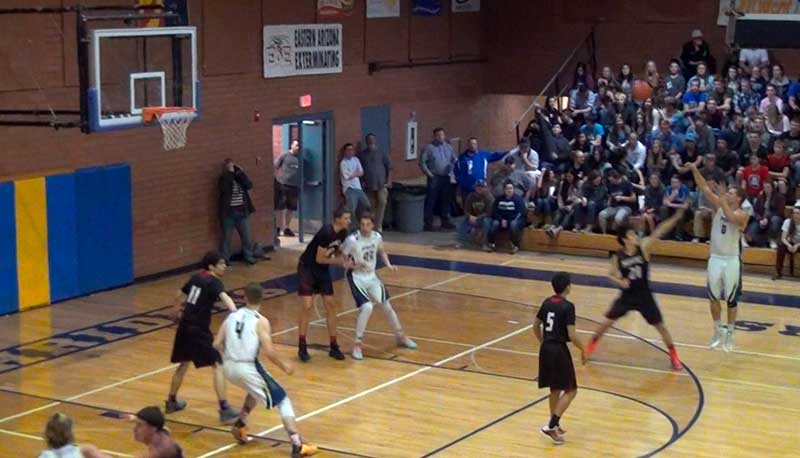 “We felt like the effort was there tonight from the kids,” said Morenci head coach Patrick Hepper. “Pima is just not a matchup for us that works out very well . . . We tried to push the ball, and Pima just tries to play that game a little bit better.”

Hepper was optimistic about his team’s playoff chances and said they were looking forward to their next game. 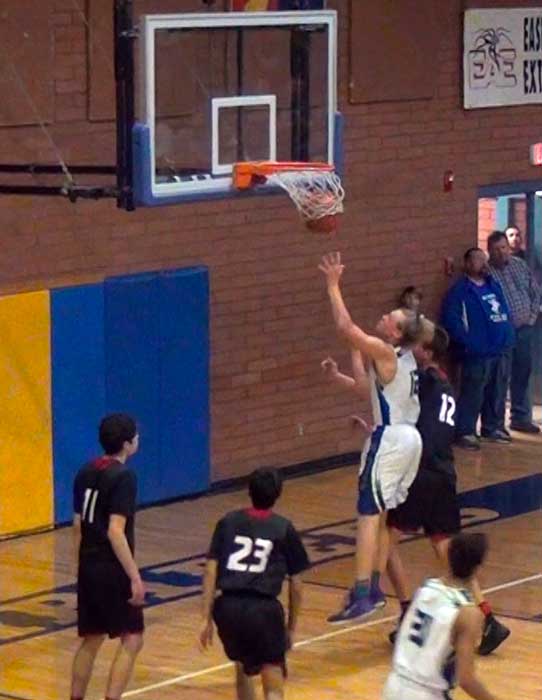 Pima continued its defensive dominance and offensive prowess in the third period as Justin Kartchner scored on fast-break layups and pull-up jumpers, and point guard Trey Thompson took it right at Morenci’s 6’9” sophomore center, John Olmsted, and scored on some up-and-under moves and a teardrop. Trey Thompson finished with a game-high 15 points, followed by Justin Kartchner with 13.

“I think I did pretty good today,” Kartchner said. “I finished a lot better than I usually do, and I had a couple jumpers go in a little lucky . . . The thing thats most important is being number one at the end of the season, and we’re just looking forward to Scottsdale Christian tomorrow. That’s who we have our eyes on right now.”

Pima emptied its bench halfway through the third period and 10 of 11 players ended up scoring at least one bucket.

In other action in Pima, the Pima Lady Roughriders (11-7 overall, 6-2 region) defeated the Morenci Lady Wildcats (12-8 overall, 6-2 region) by the score of 58-44. Jaci Brimhall led the way for Pima with 14 points, followed up by Emily Warn with 10. Morenci’s Sabyn Martinez led all scorers with 18 in a losing effort.

In other Gila Valley basketball action

The Thatcher Eagles (14-6 overall, 5-2 region) routed the Tombstone Yellow Jackets (3-14 overall, 1-6 region) 52-22. Thatcher will travel to Lakeside to take on the Blue Ridge Yellowjackets (18-4 overall, 5-0 region) on Wednesday at 7:30 p.m. to see if their insect repellent works as well in the high country.